The beverage became a viral sensation after being launched by millionaire YouTubers Logan Paul and KSI. 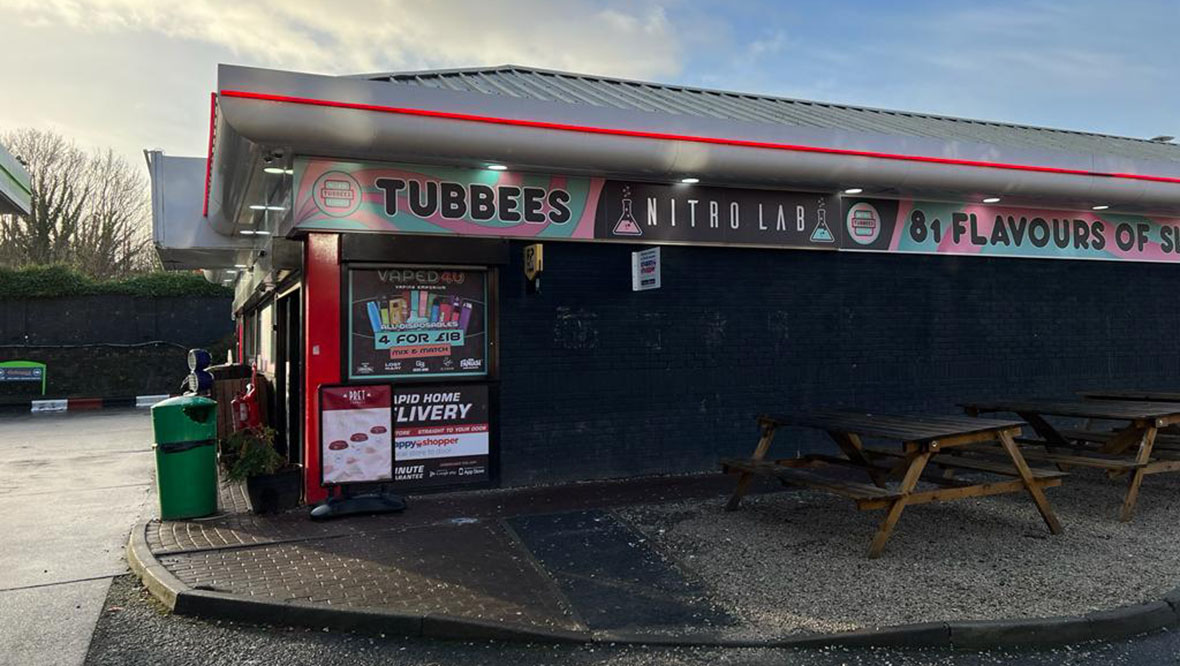 A dessert shop in Glasgow is selling a popular sports drink created by two YouTubers for £10 a bottle.

Tubbees Dessert Lab, located inside a petrol station on Paisley Road West, is importing the beverage from the United States and is passing on the cost to customers whipped into a frenzy by the viral sensation.

A spokesperson for Tubbees said: “We had initially planned to order Prime Hydration from a supplier, but after experiencing numerous delays, we were forced to cancel the order.

“Fortunately, we were able to locate additional stock, although it came at a much higher cost, five times the original price. This price is due to the fact the stock is imported from the United States and dictated entirely by the importers.

“Despite the significant increase, we decided to secure the product due to the high demand and our commitment to meeting our customers’ expectations.

“We are expecting to receive more flavors soon, but they will also be priced at this higher cost. However, we are actively working to find a more reasonably priced source of the product and will continue to explore alternative options.

“In the meantime, our team will inform customers of the higher price at the point of purchase.”

Huge queues formed outside some Aldi stores in Scotland over the festive period as people scrambled to grab the drink before stocks sell out.

It remains difficult to source Prime, which is marketed as a “hydration drink”, in shops across the country due to its popularity. It became a viral sensation after being launched by millionaire YouTubers Logan Paul and KSI, who have more than 50 million subscribers between them.

Prime contains mostly water and coconut water with added vitamins and minerals, and comes in a variety of different flavours including ice pop, blue raspberry, grape and lemon lime.

It is not an energy drink as it does not contain caffeine, and is low calorie with no added sugar.

The drink, which is also available in Aldi’s special buy section for £1.99, is limited to one per customer until stocks last due to extremely high demand.

A spokesperson for Aldi said: “Aldi has primed its shelves to stock the latest internet sensation, Prime Hydration Drink.

“The supermarket is expecting high demand so a purchase limit of one of each variant per customer has been set to ensure as many people as possible get the opportunity to buy the product.”

Demand is reported to be vastly outstripping supply of the product which has been seen advertised in off licence stores across Scotland at vastly inflated prices on social media with children urging their parents to travel far and wide to find Prime.

The drink was only being sold in Asda stores in the UK until December 29 when Aldi became an official stockist.

Asda limited the product to three per customer to prevent people from buying the bottles in bulk and selling them on for a profit.

YouTubers Paul and KSI were both amateur boxing rivals before their business venture.

Launching the drink, they said: “We’re excited to announce Prime to the world and showcase what happens when rivals come together as brothers and business partners. Our goal was to create a fantastic hydration drink that can fuel any lifestyle.

“Over the past year, we’ve worked countless hours to formulate the product from scratch, lock in deals with the largest retailers in the world, and build a multi-hundred person team to get our products to the shelves.

“We’re humbled by the process of creating a real brand and look forward to competing with some of the biggest beverage companies in the world. As underdogs, we always cherish the opportunity to show the world what’s possible.

“Now that we’re both fighting for the same team, we truly believe the sky is the limit.”