Protesters have accused the UK government of 'greenwashing' after PM Rishi Sunak pulled out of the follow up summit in Egypt. 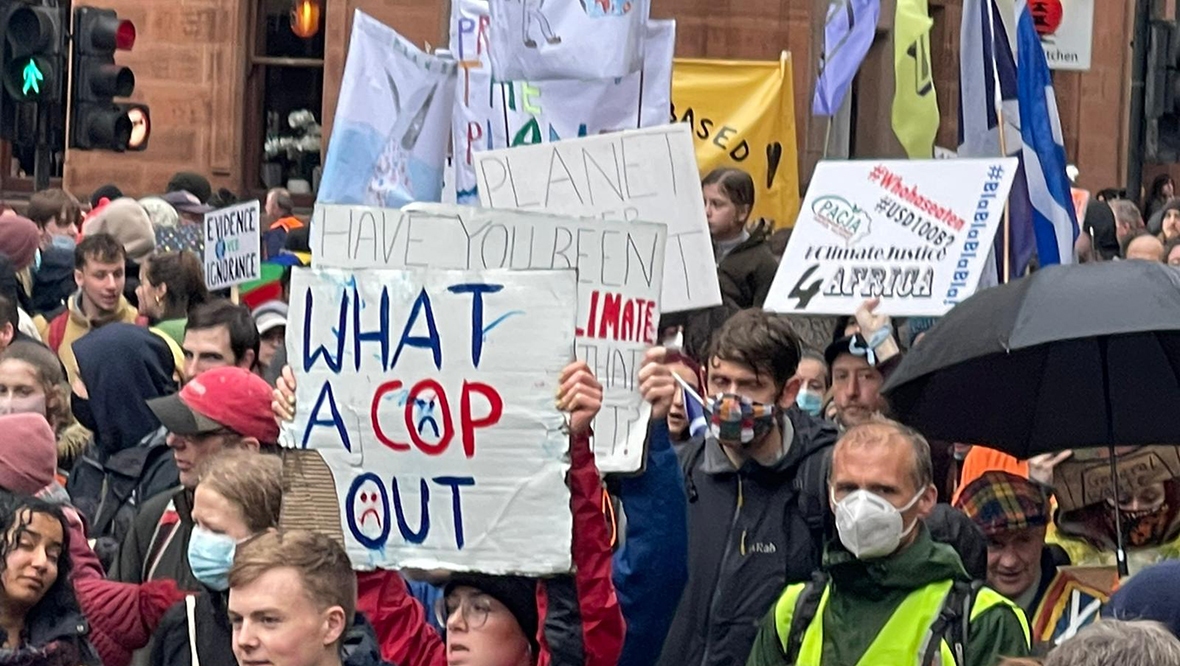 Climate activists are set to march through the centre of Glasgow to mark a year since the “failure” of the COP 26 conference.

Groups will proclaim the global summit on climate change unsuccessful and accuse the UK Government of “greenwashing” as they bemoan the lack of action to reverse the crisis 12 months after commitments were made by world leaders.

A rally will also be held in George Square where speeches will be given by community groups as part of the protest organised by Fridays For Future Scotland following the route from Kelvin Way.

It comes after new Prime Minister Rishi Sunak announced he would not be attending the COP 27 conference in Sharm El-Sheikh, despite reaffirming his commitment to “deliver” on agreements at the Glasgow talks.

The goal of the summit was to prevent the average global temperature from rising more than 1.5C compared with levels before the Industrial Revolution.

European Union leader Ursula von der Leyen said the outcome of Cop26 was “a step in the right direction” at the close of talks, but a recent United Nations report showed pledges by countries to cut greenhouse gases will see the world warming by around 2.5C – well above agreed targets to limit dangerous climate change.

The rally will also focus on the links between climate change and the cost of living crisis.

Adam Ballard, 16, who is one of the organisers behind Friday’s demonstration, said: “The climate crisis and the cost-of-living crisis have the same root: the refusal to move away from fossil fuels.

“There is no oil shortage; there is a corrupt system that prioritises profit over people.

“While ordinary people are forced to choose between heating and eating, the people in power and fossil fuel chief executives continue to make unimaginable profits.”

A new global agreement – the Glasgow Climate Pact – was reached at last year’s summit, which aims to reduce the worst impacts of climate change. But some leaders and campaigners say it does not go far enough.

UN climate chief Simon Stiell warned that while there has been some progress this year, countries were “still nowhere near the scale and pace of emissions reductions” needed to limit temperature rises to 1.5C over this century.

Only 24 new or updated climate plans have been submitted since Cop26 in Glasgow, where all countries agreed to revisit and strengthen their plans, which Stiell described as “disappointing”.

A Downing Street spokesperson said Mr Sunak would not attend the conference in Egypt due to the need to focus on “more pressing domestic issues” including preparations for the autumn budget.