It comes as a number of Trussell Trust food banks announced they would close on September 19. 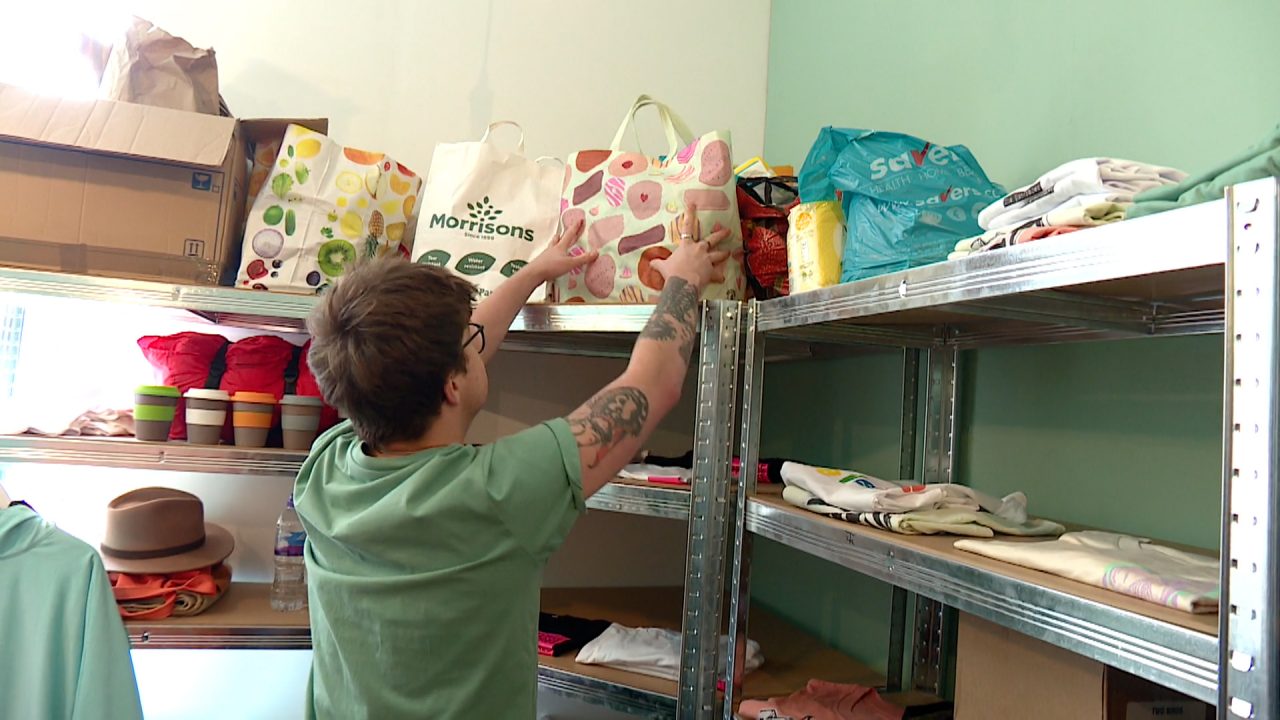 Local businesses in Glasgow have announced they will operate as temporary food banks on Monday as the Queen’s funeral takes place.

It comes as a number of food banks across Scotland announced they would close on September 19 “out of respect” for the late monarch.

Figures obtained by Third Force News, an outlet for Scotland’s charity and voluntary organisations, revealed that approximately 17 food banks in Scotland with Trussell Trust membership are set to close their doors on Monday.

However, several businesses in Glasgow have announced that they will temporarily operate as a food bank, offering support for donations and pick ups on the day of the Queen’s funeral.

Non-profit fashion store The Blankfaces, on Glasgow’s Great Western Road, announced that it will open on Monday.

“So for us, it was about trying to help out in any way we could. We’ve had people sending deliveries from actual big shops directly to us and it’s just been brilliant.

“It’s great that it seems like it’s a community that’s came together. And anything we don’t get rid of at the end of the day, we’ll donate to Carntyne foodbank who we work quite close with as well.”

Haylynn Canteen on the city’s Dumbarton Road is normally closed on Mondays, but has announced that it will operate temporarily as a food bank as well.

In a post which asked for donations of non-perishable items, owners wrote: “On Monday’s we are usually shut.

“This Monday we will be acting as a temporary food bank, as like others we disagree that poverty should suffer while a nation mourns as food banks across the UK shut.”

Outlier bakery in the Trongate area announced on Friday that it would act as a drop off point for donations of non-perishable items, despite normally being closed on Mondays.

On Instagram, owners said: “In light of food banks across Glasgow issuing closure notices on Monday, we as a team feel we should do something to help ease the dress on the imminent demand they will face when they reopen.

“Our shop will act as a drop off point for donations in the city centre on Monday, 9am-5pm.

“We do not typically open on Mondays – however we will be staffed to receive donations. Non-perishables only please.”

Emma Revie, chief executive of the Trussell Trust, said: “Food banks in our network run sessions on different days and at different times.

“Food banks are best placed to make the right decision for their communities and will ensure everyone who needs support can access it as they do with every bank holiday.

“As each food bank is an independent charity, we’d encourage people who need support to contact their local food bank to check their opening hours.”