Jack Sneddon has undergone four surgeries but is yet to find a donor match for a new heart. 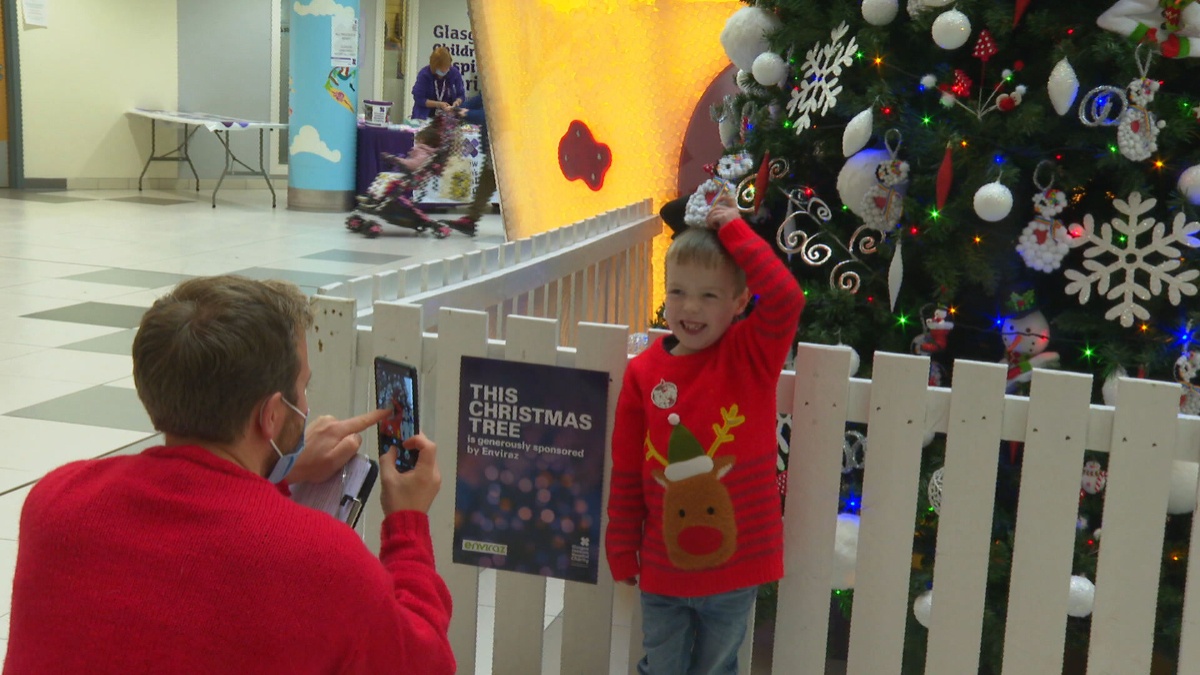 A six-year-old boy has a new heart at the top of his Christmas list after spending more than two years awaiting a transplant.

Jack Sneddon kicked off the Christmas celebrations at the Royal Hospital for Children in Glasgow after undergoing four surgeries to save his life.

The youngster, from Glasgow, has created a special bauble which will adorn the branches of the hospital’s towering Christmas tree, while a version has also gone on sale to the local community – raising thousands for the charity in the process.

His family normally spend December in hospital. But this year, they hope Santa will be visiting them at home.

Mum Fiona said: “Every year about this time Jack’s not doing great. We’ve never been in hospital for actual Christmas apart from his very first one but, hopefully, this year things are quite stable so we’re going to be at home.

Jack’s Mum’s only wish this Christmas, “For Jack to get a new heart.” It’s at the top of his Christmas list too.

He was first placed on the transplant list in August 2020, but a lack of suitable matches means he is still waiting.

Douglas Samson from Glasgow Children’s Hospital Charity said: “Jack’s had a long and difficult hospital journey. It was a real treat for us to make him the star of the show and switch on the Christmas lights.

“From designing the bauble back in September, to now seeing it on the tree and people being able to donate and buy one for themselves for it to go on their tree at home. It’s such a special thing for us to be able to support.”

Staff at the hospital always ensure Christmas is extra special for patients and their families.

Mandy Meechan, Interim Chief Nurse Royal Hospital for Children told STV News: “Santa, the elves and the helpers go around the wards here at Christmas and when the children wake unpin the morning, they still have the presents when they wake up in the morning.

“So when their mums and dads come in the next morning, you see how excited they’ve been because they thought that Santa wouldn’t come.”