Toughest possible coronavirus restrictions for 11 council areas in the west of Scotland. 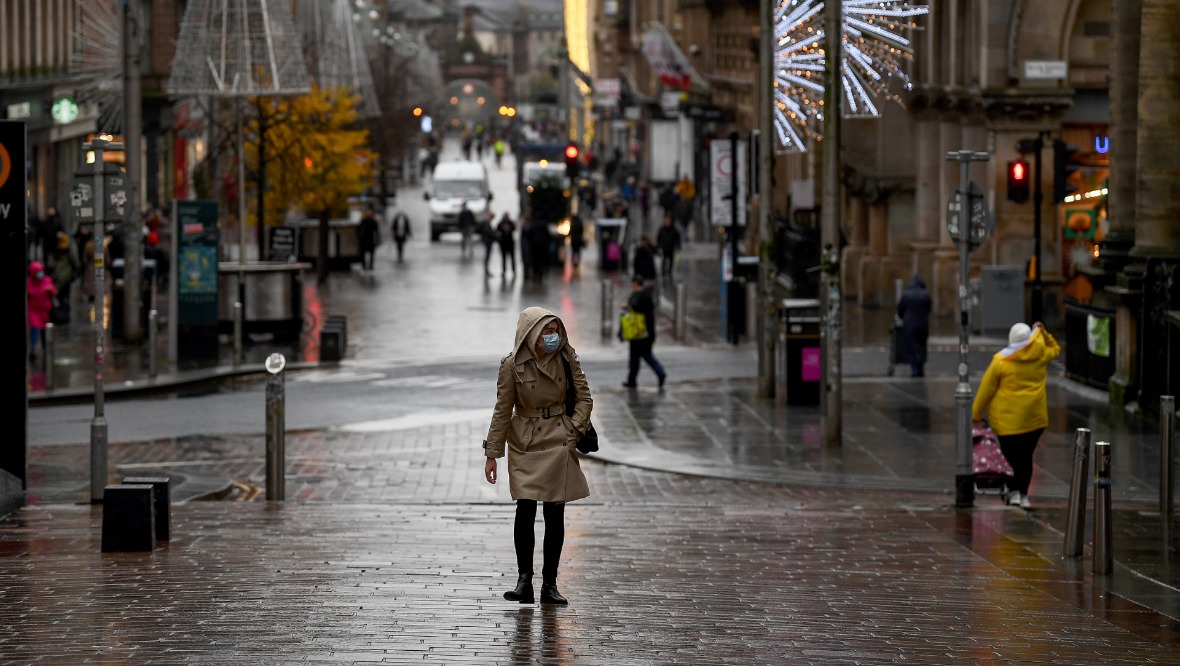 The toughest coronavirus restrictions have been placed on 11 council areas – mostly in the west of Scotland.

Non-essential shops, pubs and restaurants will have to close for at least three weeks from 6pm on Friday under the level-four lockdown.

‘Close-contact’ services such as hairdressers and beauty salons will also have to shut their doors.

And it will be against the law from Friday to travel in and out of level three and four council areas.

The decision was widely expected, with First Minister Nicola Sturgeon previously suggesting it had been lined up to ease the pressure on hospitals and improve the chances of lifting some rules at Christmas.

Announcing the changes at the Scottish Parliament on Tuesday, Sturgeon said putting 11 councils into level four was intended to be “short and sharp”.

She told MSPs: “I know people are frustrated that other restrictions have remained in place longer than planned.

“But level four is intended to be short and sharp. And in this situation, it is specifically intended to have an impact in advance of Christmas and the most challenging winter period.

“Lifting the level four restrictions then – as we will do – also means that they will not be in place for most of the Hanukkah period – so again, while celebrations may be different, there will be a greater degree of freedom.

“We will assess nearer the time the level that will apply in each area when the level four restrictions end on December 11.”

Most of Scotland’s councils will remain in their current level, with 19 of the local authorities seeing no change.

Two council areas – East Lothian and Midlothian – will move down a tier to level two, having seen a “marked decline” in the prevalence of the virus.

Sturgeon made for a plea for people not to travel in and out of level three and four areas – which will be against the law from Friday.

She said: “To put it bluntly – and we will require to monitor this – if we see evidence that people from East or South Ayrshire are visiting places in North Ayrshire, or that people from Glasgow are going to Inverclyde, we would have no choice but to put these areas in level four too.

“So it is essential that we all abide by travel restrictions.

“To underline how important this is, I can confirm that the guidance that has been in place in recent weeks will become law from Friday.”

The Federation of Small Businesses said small firms would be hit hardest and called for a “cast-iron guarantee” that shops could trade in the run-up to Christmas.

“Ministers must provide a cast iron guarantee to our small business community that they will be given an opportunity to trade normally ahead of Christmas, especially when many big businesses face few operating restrictions.”

Opposition political parties also said it was important the restrictions were not extended beyond three weeks, allowing people and businesses to plan for Christmas.

Scottish Conservatives Holyrood leader Ruth Davidson said: “If the data calculates that the only way to allow for relative easing at Christmas is to implement tier four now, we will, reluctantly, take that judgement at face value.

“However, as has happened on several occasions before, it would be deeply regrettable if these restrictions were to be stretched any further, leaving people in limbo before Christmas and businesses unable to plan.”

The Scottish Labour group leader at Glasgow Council Malcolm Cunning said: “The period running up to Christmas is often a make-or-break time for businesses across the city, accounting for very significant proportions of their annual income.

“Small retailers, restaurants, bars and taxi drivers, all rely on this time of year to make ends meet. When we’re getting back to normal, we will need these businesses to still be there. We cannot ask them to suffer disproportionately.”