Police were called around 5.55am on Monday, with the international airport’s central search area locked down. 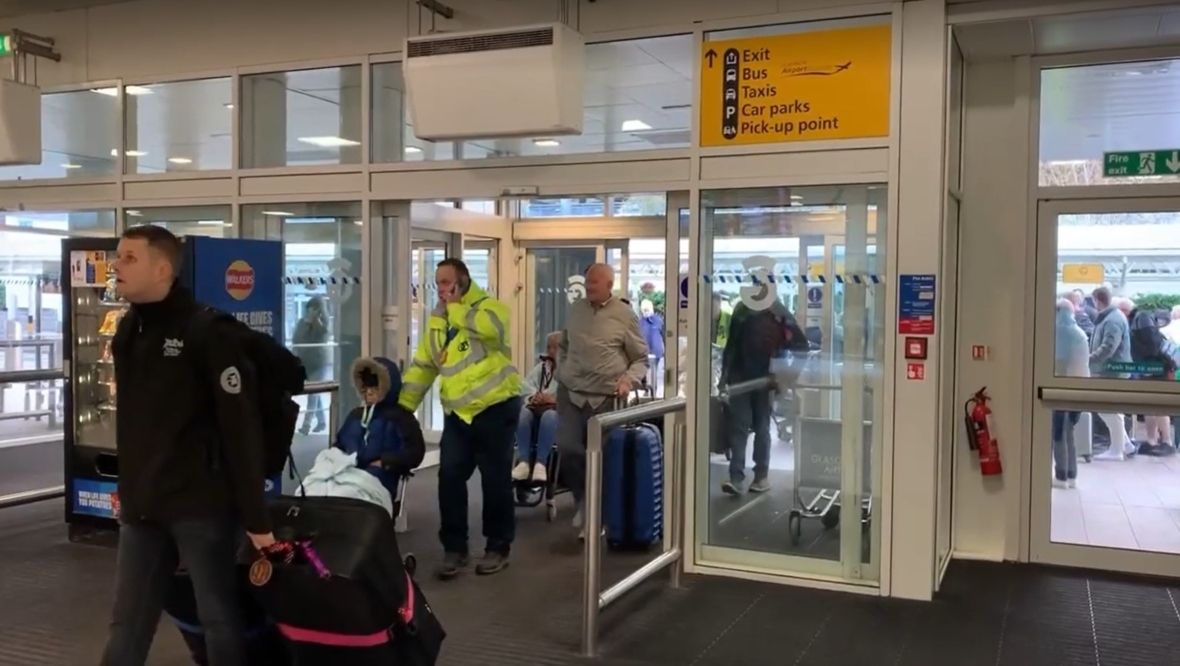 Glasgow Airport has reopened after passengers and staff were evacuated following concerns over a suspicious item.

Police were called at around 5.55am on Monday, with the international airport’s central search area locked down.

Hundreds of passengers were left stranded, with some complaining of missing their connecting flights, while others rebooked their trips from Edinburgh or Prestwick airport.

Following the six-hour-long wait, doors to the international airport were reopened at around 12pm.

STV News understands it was everyday items found in the bag that initially caused concern, but were found to be harmless following checks.

A spokesperson for Glasgow Airport said: “Police Scotland have confirmed the incident has been stood down and our staff are now in the process of welcoming passengers back into the terminal and providing any assistance required.

“We would like to thank our passengers for their patience.”

A Police Scotland spokesperson said: “Around 5.55am on Monday, December 5, police were called to a report of a suspicious item within the security search hall of Glasgow Airport.

“As a precautionary measure, and in accordance with procedures, the check-in and security search hall areas were closed to the public and a cordon implemented.

“Following examination of the item by the Royal Navy Explosive Ordnance Disposal team (EOD), it was confirmed that it posed no risk to the public and was innocent in nature.

“All areas of the airport are in the process of being re-opened.”

The airport was evacuated at around 8.45am on Monday, with passengers asked to move into the multi-level parking structure.

Those waiting were offered foil blankets and bottles of water alongside hot drinks, served up by volunteers from the Salvation Army.