Giant whale captured coming up for air in holiday park

Cammy Smith witnessed the amazing moment while fishing from a pier in Lochgoilhead. 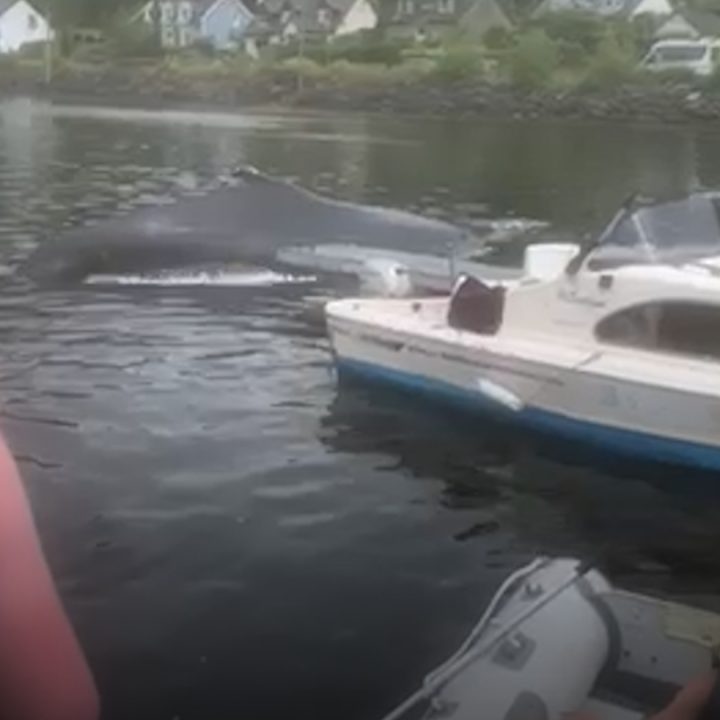 A whale has been captured coming up for air in a holiday park in Argyll.

Cammy Smith spotted the animal while fishing from a pier in Drimsynie Holiday Village on Saturday at around 2pm.

The whale, believed to a humpback, swam under the pier, before surfacing for air only a few feet away from a crowd of stunned onlookers.

Cammy said being so close to the whale was a “spectacular” moment.

He told STV News: “We were fishing from the pier situated on the upper east side of the loch when the whale was observed swimming in the middle of the loch.

“A lot of the locals gathered as one has never been sighted this closely before and around 2pm the whale approached the pier, surfacing only a few feet away as seen in the video.

“It thereafter swam under the pier and continued to surface a few more times before disappearing.

“From the locals it was suspected as being a younger whale due to the size and was a spectacular moment for them and myself based on how close the whale was and swimming below our feet.”