Four men jailed for life after Mr Reilly was shot dead as he sat in a car in Glasgow. 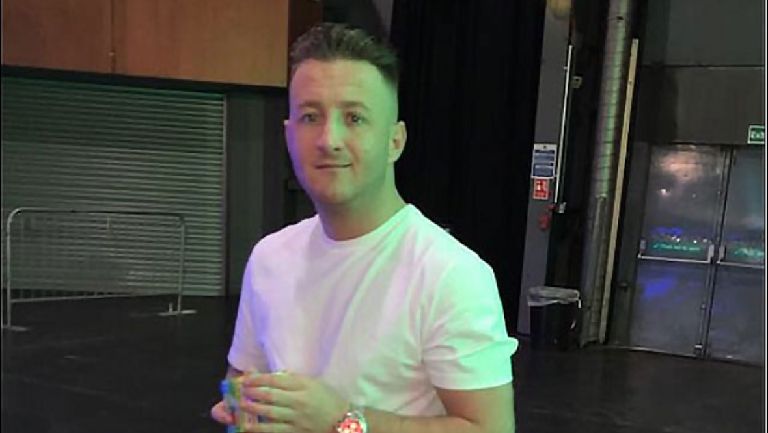 Four men have been jailed for life after murdering a man as he sat in a car at traffic lights.

Kenny Reilly was shot in the head in Maryhill, Glasgow, on April 16, 2018, and died in hospital two days later.

A jury found John Kennedy, Darren Eadie, Morton Eadie and Ross Fisher guilty of the 29-year-old’s murder following a trial, which heard the attack described as a “planned execution”.

All four were also found guilty at the High Court in Edinburgh of attempting to defeat the ends of justice.

The attack began when Morton Eadie, 56, pulled up alongside the car Mr Reilly was in at traffic lights, before Kennedy, 41, opened the door and shot him.

Fisher, 30, sourced the stolen car used in the attack, while Darren Eadie, also 30, brought the men together for the murder.

David Green, procurator fiscal for homicide and major crime, said: “This was a brazen, calculated murder in a public place that not only took the life of Kenny Reilly, but showed a complete disregard for the safety of others.

“These four men took steps to try and conceal their actions, but thanks to diligent work by investigators and prosecutors, they have been brought to justice. This verdict and sentence mark the end of a long and complex investigation.

“Our thoughts are with the family and friends of Mr Reilly at what must be a distressing time for them.”

Morton Eadie, his son Darren Eadie, Fisher and Kennedy will serve a combined total of at least 94 years in prison.

Kennedy, the shooter, was acquitted of murdering a second man, Jamie Campbell, who was gunned down in a street in Drumchapel, in Glasgow, in 2006, on a not proven verdict.

Judge Lord Beckett told the gang: “People who are prepared to engage in such meticulously planned and ruthlessly perpetrated assassination on the streets of our cities can expect substantial punishment.”

He pointed out that six shots were fired from an automatic pistol “from some distance” as the car’s driver tried to reverse, when one round struck Mr Reilly on the head.

The judge said: “While the attack was plainly directed at Kenneth Reilly, it showed gross indifference to the safety of the driver and the public.”

Lord Beckett told Darren Eadie that he took particular account of the role he played in organising the crime and recruiting some of the others.

He said that in Kennedy’s case, a previous conviction from 2008 at the High Court in Glasgow for firearms offence, which resulted in 54 months’ imprisonment, was significant in sentencing.

All four were all also convicted of attempting to defeat the ends of justice on April 16, 2018, by setting fire to a Ford S-Max car in Craigieburn Gardens, Glasgow, in a bid to destroy evidence.

The offences were aggravated by a connection with serious organised crime.

A further charge against Kennedy of attempting to defeat the ends of justice on March 4, 2006 by setting fire to a Fiat Ducato van at Auchenhowie Road, Milngavie, was found not proven.

Detective superintendent Stevie Wallace said: “This was a long, complex and challenging investigation and a team of dedicated officers and staff have worked tirelessly, to ensure that justice was found in this case.

“It really does show that no matter the length of time, if you commit a crime, you will be caught and you will be brought to justice.

“Kenny Reilly left behind a family who has sought answers on how and why their loved one was killed. Although he cannot be brought back, I hope this result will bring some comfort to his family and friends.”