Catholics celebrate Archbishop's life after he passed away following a positive coronavirus test. 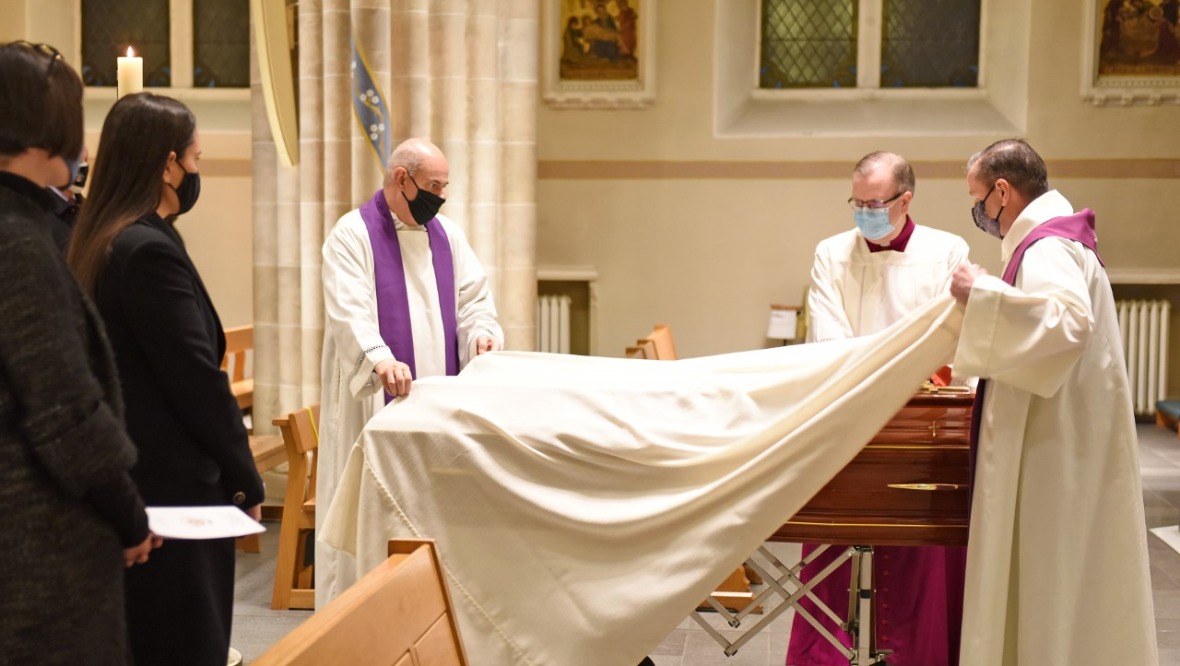 A funeral has been held for Glasgow’s Archbishop, Philip Tartaglia.

Archbishop Tartaglia, who had served as the head of Scotland’s largest Catholic community since 2012, tested positive for Covid-19 shortly after Christmas and was self-isolating at home when he passed away.

However, a spokesperson for the Archdiocese of Glasgow said the cause of his death last week was not clear.

The Pope has expressed his sorrow at the death in a message received from Cardinal Parolin, his secretary of state.

The message read: “His Holiness Pope Francis was deeply saddened to learn of the untimely death of Archbishop Philip Tartaglia, and he offers heartfelt condolence and the assurance of his spiritual closeness to the clergy, religious and lay faithful of the Archdiocese of Glasgow.”

Archbishop Tartaglia’s body was laid in the city’s St Andrew’s Catholic Cathedral on Wednesday night in preparation for his funeral.

Under current coronavirus restrictions, only 20 of the Archbishop’s family and friends were able to attend the service, which started at midday.

Glasgow’s previous Archbishop, Mario Conti, paid tribute to his successor as he told of the moment when he heard of his sudden passing on January 13, the day Catholics celebrate the Glasgow’s patron Saint, St Mungo.

Archbishop Emeritus Conti said: “I had made up my mind to send him greetings for the feast day, a short message of ‘Buona Festa’.

“I was at the computer preparing that message when the Archdiocesan Chancellor, Monseigneur Paul Murray, clearly emotionally upset, informed me of Philip’s sudden death.

Archbishop Tartaglia grew up in Glasgow’s east end as part of a large family where his parents established their business as Italian immigrants.

Archbishop Emeritus Conti said: “Perhaps only third to the love of his family and of the city of Glasgow was his love of Celtic Football Club.

“I don’t recall ever seeing him so animated and so much enjoying himself as at a dinner in the hospitality suite of Celtic Park on the occasion of the 100th anniversary of the Knights of St Columba, founded in this very city.

“And football was not only a wholesome diversion from the hard work of administering a large Archdiocese; it was a natural choice for him – the world of faith, family and football was the culture in which he had been brought up, and which he loved.”