Megan McCloskey, 17, has been offered a place at St Catherine's College after receiving her exam results. 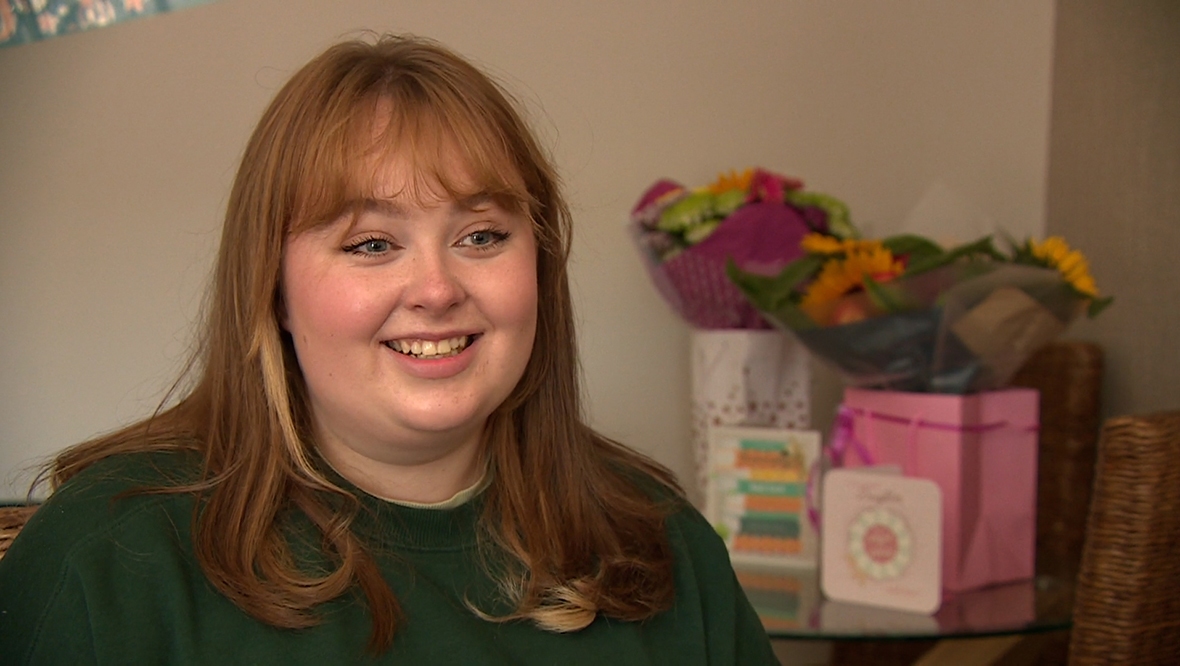 A teenager from one of Glasgow’s most deprived areas has become the first pupil from her school to get into Oxford University.

Megan McCloskey, 17, was offered a place at St Catherine’s College earlier this year on the condition she achieved the grades required.

She found out on Tuesday that her dreams had come true and told STV News: “I was relieved and then excited.”

She added: “It was like it wasn’t really real. I was in disbelief, but then I thought ‘it’s real and it’s happening’ and it’s quite nerve-wracking. It was always a dream growing up, but I didn’t really know it could be a thing.”

Megan will embark on a four-year degree in chemistry in October. She was born and raised in Castlemilk, where she attended the same high school as her parents.

Her mum, Irene McCloskey, said they were “over the moon’”

“I just want her to get the best job and have the best life because she’s amazing, she’s my baby girl,” she said.

Her dad Kevin McCloskey added: “I always knew she could do it. It’s sheer pride.”

Castlemilk is one of Glasgow’s most deprived areas, according to the Scottish Index of Multiple Deprivation.

Just a quarter of adults have higher-level qualifications and one in five younger people are not in employment, education or training.

“I think a lot of people don’t really know they could do it because they think these schools are only for certain types of people that come from a certain background,” Megan said.

“So I just hope I show that anyone can go.”

However, after tuition fees, loans and the cost of living, Megan’s degree could leave her in as much as £80,000 in debt.

“That’s my biggest worry for her, the financial implication of it,” said Mr McCloskey. “We’ve not really got the money to support her down there, so she’s had to go and try and get funding, she got herself a part-time job in Greggs to try and support herself.

“But that’s probably been me and her mum’s biggest concern – trying to make sure she’s stable financially down there.”

Megan’s parents believe there should be more support available to afford more young people the opportunity to achieve what they want regardless of background.

Glasgow City Council’s director of education Douglas Hutchinson said there was “more work to be done” to level the playing field for children from more deprived areas.