Fran and Martin Smith have been fostering their teenage daughter since January. 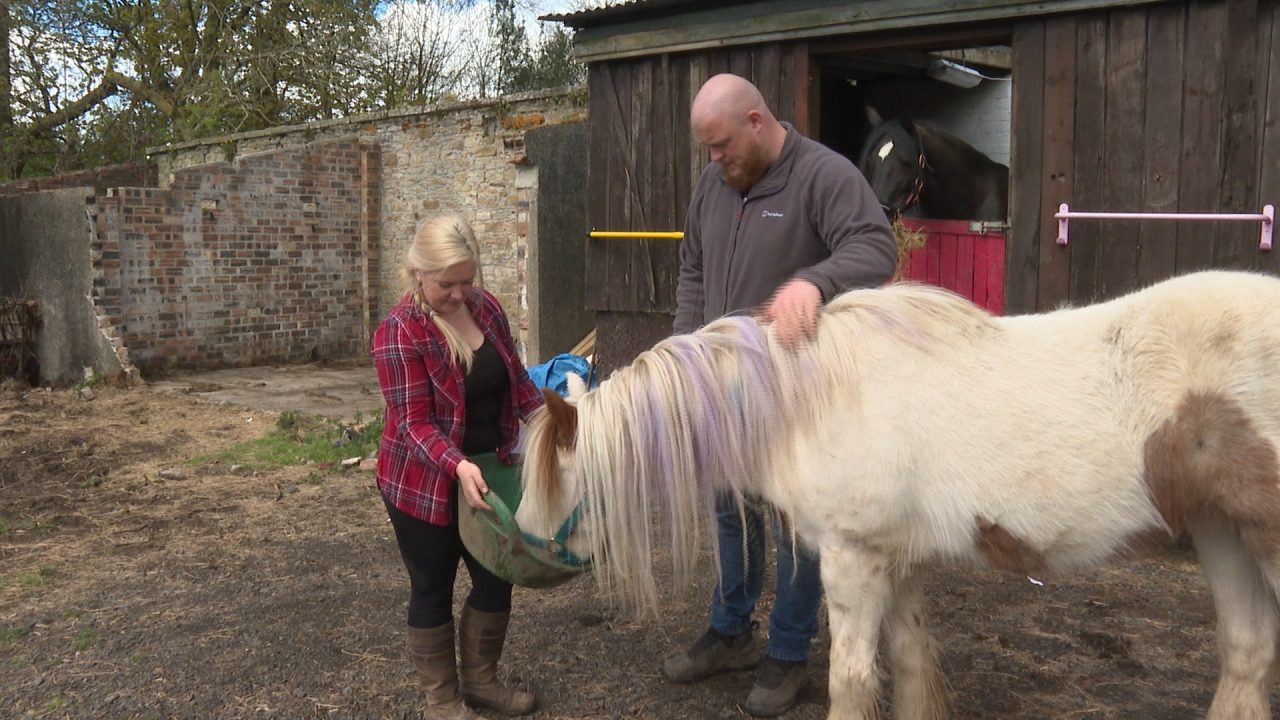 Foster carer enquiries in Scotland have more than doubled during the pandemic, a charity has said.

Kibble is issuing an urgent call for more carers to help support young people and families who have faced increased levels of trauma, financial turmoil and poor mental health as a result of the past year.

Martin and Fran Smith from Ayrshire made the decision a year and half ago to put themselves forward as foster carers.

It was a joint decision, but also one shaped by Fran’s childhood when her parents were no longer present.

Fran said: “I had amazing strong female role models, like my friend’s mum. I had great bosses. All these people shaped me far more than my parents did and to return that, to pass it forward I suppose is the main reason why we’re doing this.

Martin added: “We want to help children who need it and we thought where we are and where we live and the things we’ve got around us is perfect.

In January, after a year of training and checks, their 16-year-old daughter, whose identity STV News is protecting, joined the family.

“She didn’t like to go out on key time in case she wasn’t brought back.

“She’s got over that now, she trusts us that we’ll be here when she returns.”

Kibble specialises in the care of young people who have been through trauma, and says in the past year young people have been one of the most adversely affected groups.

“The pandemic has been harmful to a lot of children and families and it’s hidden harm.”

The charity is looking for a diverse range of carers to come forward to help young people. Martin is the primary carer for their daughter and believes it’s important to remove stereotypes.

“I think just to normalise the fact that Martin’s at home, he’s the caregiver and I go out and work from nine untill five. It’s fine and it works and there should be more of it,” said Fran.

For children in need, it’s a chance to grow up in a caring environment that they deserve.