The verdict was delivered at Glasgow Sheriff Court on Thursday. 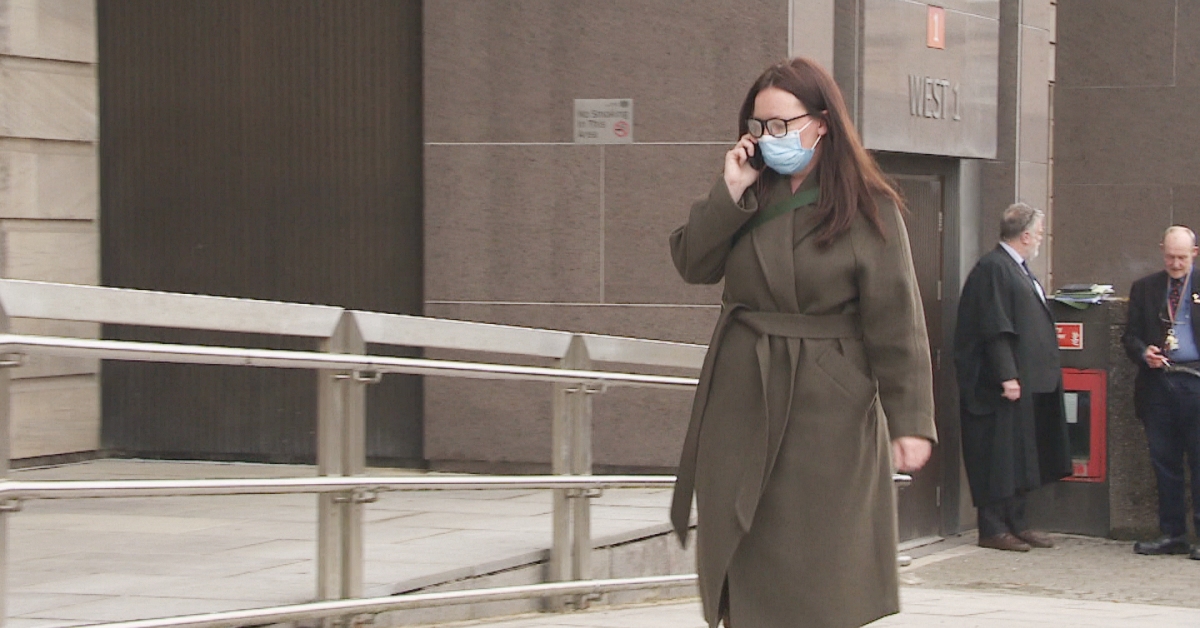 Former MP Natalie McGarry has been found guilty of two charges of embezzlement.

McGarry, who represented Glasgow East for the SNP, was found guilty of embezzling just under £20,000 while treasurer for Women for Independence (WFI) between April 26, 2013 and November 30, 2015.

However, the jury deleted a sum of £1026 from the charge which accounted for donations which were to be made to charities Perth and Kinross Foodbank and Positive Prisons Positive Futures.

She was also found guilty on a second charge that she took £4661 between April 9, 2014, and August 10, 2015, when she was treasurer, secretary and convenor of Glasgow Regional Association (GRA) of the SNP.

McGarry – of Clarkston, East Renfrewshire – had denied the two charges.

She made no reaction when the verdict was read out, was joined by her family in court.

Sheriff Tom Hughes told McGarry she had been given a position of trust by the two organisations, which had helped her get elected to Westminster.

He said: “What you have been convicted of are a series of incidents which took place over a long period of time.

“It was not a one-off incident. There were a number of transactions carried out by you to allow you to carry out this crime.

“There’s a significant breach of trust in all of this. You were asked to deal with the finances of both Women for Independence and the Glasgow Regional Association of the SNP.”

Over the six-week trial, the court heard from dozens of witnesses, including former health secretary, Jeane Freeman, who said she reported McGarry after noticing a significant shortfall in WFI accounts.

Freeman, the ex-SNP MSP for Carrick, Cumnock and Doon Valley, said she had no idea donations made to the group’s independence Crowdfunder were going from the organisation’s PayPal account into McGarry’s personal bank account.

She also voiced her frustrations at McGarry’s delay in handing over the receipts and invoices which would show what the funds had been spent on.

Speaking to STV News, Freeman said: “We respect the decision of that jury and of the court. I still maintain very strongly that we were right to hand this matter over to the police when we were in a situation where a significant sum of money was unaccounted for.

“And that was money given to us by ordinary men and women, the length and breadth of Scotland, actually in some instances beyond, given to us in trust. We couldn’t account for it. No explanation given to us about what happened.

“We had to at that point do the right thing, which was let the police, the Crown Office and now the court themselves decide what was the facts of the matter and what needed to be done.”

The court also heard from witnesses that McGarry had money troubles and regularly received loans from family and friends.

That included from health secretary, Humza Yousaf, who gave the former MP £600 to prevent her from being evicted from her house.

The court also saw bank records of McGarry’s which showed Crowdfunder donations from WFI being transferred to her own personal account.

McGarry had said these were “legitimate” expenses which she had incurred and which she was reimbursing herself for.

These had been paid for by significant cash donations amounting to about £1,500 to £1,600 per month from family members – including her aunt, Tricia Marwick, a former Holyrood presiding officer.

She is expected to appear for sentencing on June 30.