Iconic figures from the world of Scottish football are attending memorial service for Smith following his death last month. 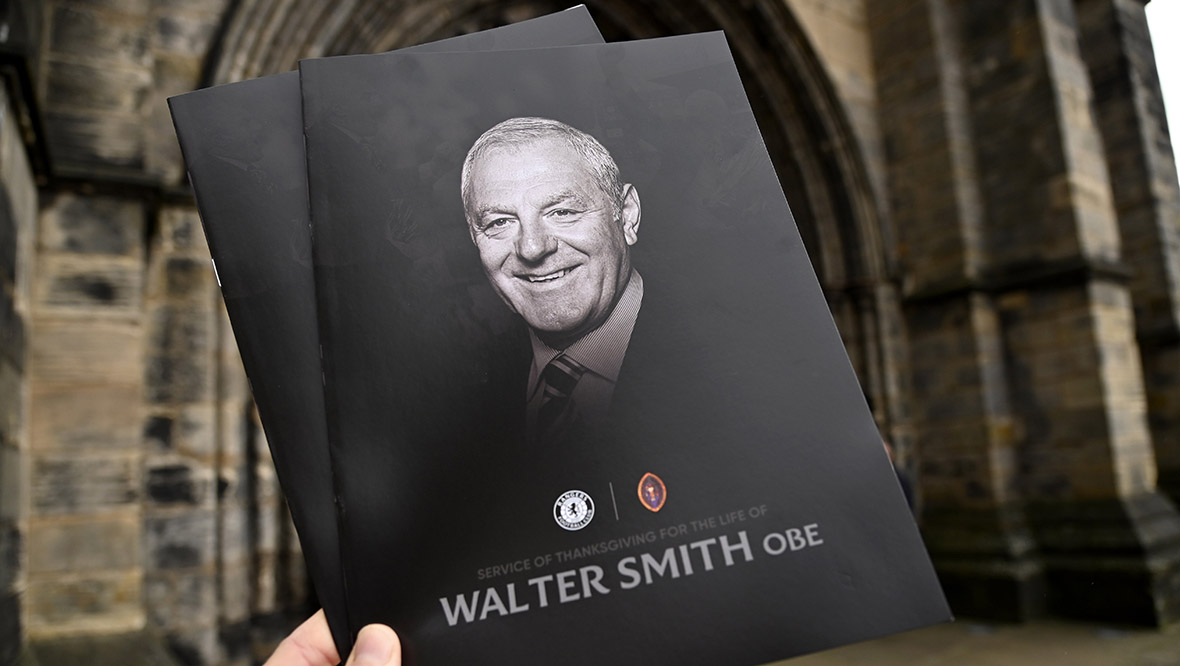 Iconic figures from the world of Scottish football have attended a memorial service for late Rangers manager Walter Smith at Glasgow Cathedral.

Sir Alex Ferguson, Ally McCoist and Duncan Ferguson are among those paying their respects and celebrating the life of the former Ibrox boss, who died last month at the age of 73.

SPFL chief executive Neil Doncaster and former Scotland managers Craig Brown and Gordon Strachan also arrived at the cathedral in Glasgow’s east end, along with members of the current squad at Ibrox.

Current managers from the league included Robbie Neilson of Hearts and Motherwell’s Graham Alexander, both of whom played under Smith for Scotland.

The entire service is available to watch below, courtesy of Rangers TV.

Earlier this month, fans lined the streets around Ibrox to pay their respects to Smith as his funeral cortege made its way through Govan before a private family service.

As manager of Rangers over two spells, Smith won 21 major honours – ten league titles, five Scottish Cups and six League Cups – as well as guiding his side to the UEFA Cup final in 2008.

The former Dundee United and Dumbarton player made his name in coaching under Jim McLean at Tannadice, helping the previously unfancied club to the 1983 Scottish league title and the European Cup semi-finals the following year.

After assisting Sir Alex during Scotland’s 1986 World Cup campaign in Mexico, Smith accepted an invitation from Graeme Souness to perform the same role at Ibrox.

He succeeded Souness in April 1991 and went on to secure a record-equalling nine consecutive titles before leaving in 1998 and joining Everton.

After another spell as Ferguson’s assistant with Manchester United, where he won the FA Cup, Smith served as Scotland manager during 2005 and 2006 before returning to Rangers, where he won another three successive titles.