David McCourt illegally dumped the building waste near a cottage in East Dunbartonshire in May 2020. 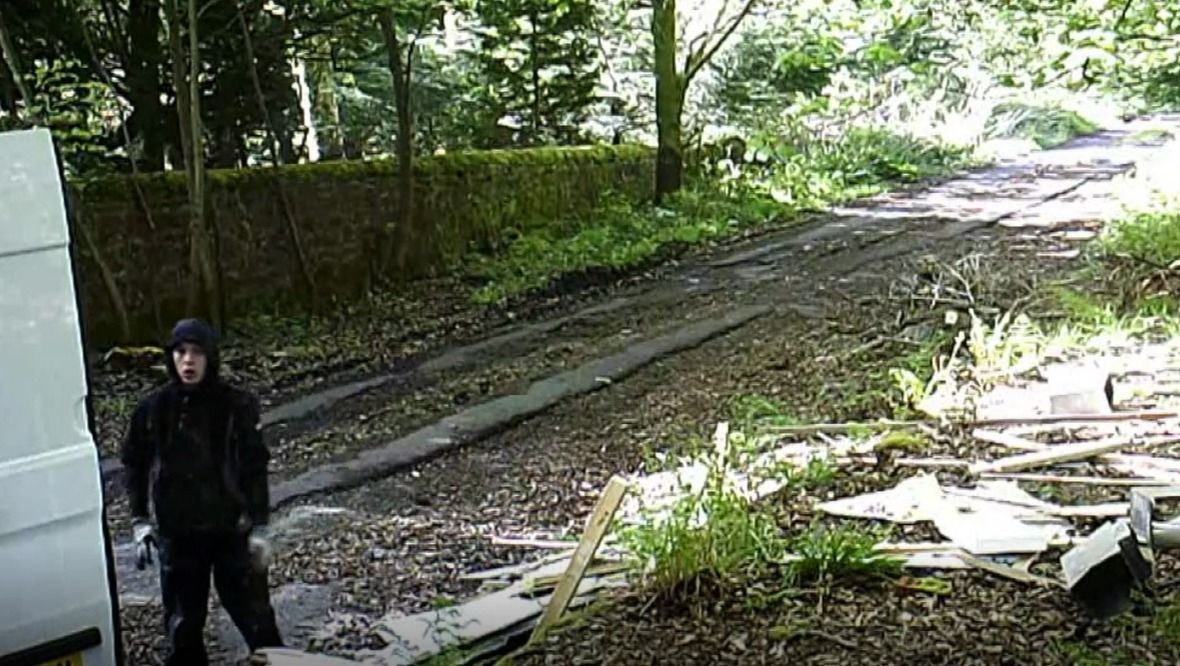 A fly-tipping builder was tracked down and charged despite attempting to cover up his crime by masking his van registration with tape.

David McCourt illegally dumped the building waste near a cottage in East Dunbartonshire in May 2020.

The cottage resident, who had experienced issues with fly-tipping in the past, contacted the council’s community safety officer.

CCTV captured McCourt pulling up in a white hire van and putting tape over the rear registration plate. He was then recorded dumping the waste, which included piles of wood and plasterboard, onto the grass verge.

The community safety officer used the footage to track down McCourt’s details before reporting the matter to Police Scotland.

McCourt pleaded guilty to the environmental breach when he appeared at Dumbarton Sheriff Court on Wednesday.

The 33-year-old, from Milngavie in East Dunbartonshire, was sentenced to a Community Payback Order with 80 hours of unpaid work.

He was also ordered to pay £300 compensation.

Fiona Caldwell, procurator fiscal, wildlife and environment, said: “Fly-tipping causes the public real and legitimate concern. It is criminal behaviour which creates an eyesore on the landscape and is costly to clear up.

“David McCourt showed a lack of consideration for the environment by his deliberate and criminal action.

“There is no excuse for illegal dumping of waste and those who choose to engage in it will be brought to account for their actions.”