First HIV-positive pilot takes to the air after rules change

James Bushe has completed his training with Loganair and will regularly fly from Glasgow Airport. 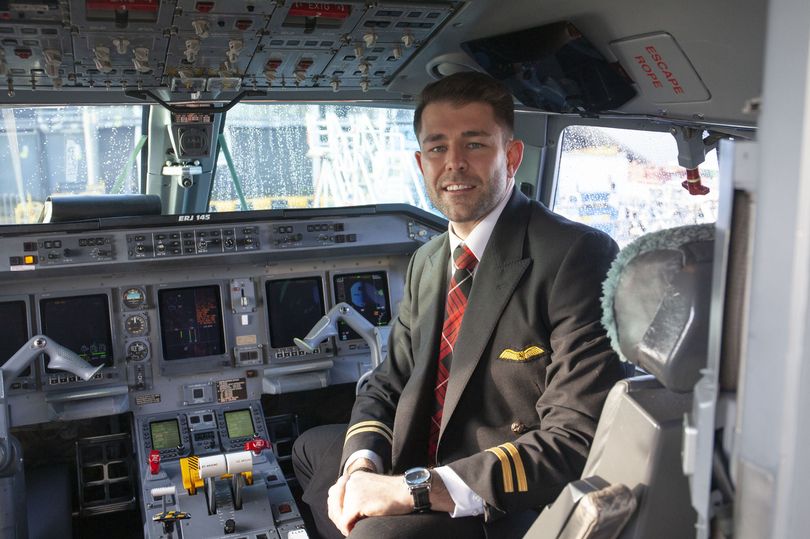 A man said to be the first HIV-positive person to train as a commercial air pilot in Europe has begun his flying career, encouraging others with the condition to “follow their dreams”.

James Bushe has completed his training with Loganair and will regularly fly jets from the airline’s base at Glasgow Airport.

The 31-year-old from Stoke-on-Trent had originally been denied the chance because of his HIV status.

But a campaign led by the charity HIV Scotland received widespread support and prompted the Civil Aviation Authority (CAA) to change the rules in the UK and grant Mr Bushe the medical certificate he required to fly.

Mr Bushe, who has detailed his journey online using the Twitter pseudonym Pilot Anthony, said: “I am proud, totally overwhelmed and so grateful to Loganair.

“But this is not just about me – it’s about anyone living with HIV who can now become a pilot.

“My hope now is that it triggers action not just in the UK but in the rest of Europe.

“Anyone who has felt restricted by the condition, who is in my situation, can now follow their dreams.

“The situation was not only discriminatory but utterly devastating to someone whose only wish since childhood was to become an airline pilot.”

Mr Bushe, who was diagnosed with HIV five years ago, began learning to fly small aircraft from the age of 15.

He was at first denied the chance to take up a training position as an airline pilot when the CAA said it was bound to follow the rules laid down by the European regulator, the European Aviation Safety Authority (EASA).

It stated people living with HIV had to have a Class 1 medical certificate – with an addition called an Operational Multi-crew Limitation (OML) – to become an airline pilot.

The only way to obtain that accreditation would be to already have a commercial flying licence that allowed training as a co-pilot alongside a training captain.

The CAA later changed the rules in the UK and granted Mr Bushe the necessary medical certificate.

Since November, he has been flying alongside Loganair training captains and is now qualified to regularly fly the airline’s Embraer 145 regional jets.

He said: “Today, someone who is HIV-positive and on successful treatment poses no risk to flight safety and should be treated no differently to a person who is not living with the condition.

“I’ve decided to forgo my anonymity because I believe it is important that this point is emphasised to everyone – there is no reason in the year 2020 why a person who is HIV-positive should face barriers in any profession.

“Living with this condition doesn’t threaten my life or my health at all and I cannot pass HIV on to others.

“I want to put that out there to the millions of people who are living with the same fear and stigma that I was once living with.”

Loganair chief executive Jonathan Hinkles said: “Before James completed his training we had 270 excellent pilots. We now have 271.

“HIV is not a bar to employment in other industries and there is no reason why it should be so in aviation.”

The CAA said it was pleased to see Mr Bushe start his career.

Dr Ewan Hutchison, head of medical assessment, said: “For a number of years we have promoted changes at an international level to the current rules affecting pilots with certain medical conditions, including HIV.

“We are providing medical expertise to support the European Aviation Safety Agency with the commissioning of a review of recent research relating to HIV.

“The findings from this review are likely to be published within the next few months.

“We expect that this may result in the removal of some restrictions related to the medical certificates of commercial pilots who are living with HIV.”

Nathan Sparling, HIV Scotland chief executive, said: “This campaign overcame institutionalised discrimination but it also showed that people living with HIV should be valued for their skills and not excluded for their status.

“One of the main results of this victory is that, when it comes to training to become a pilot, HIV status is no longer a barrier.

“Further to this, it’s important that we acknowledge the Europe-wide implications that James’ victory has had.

“It’s not just within the CAA that we are seeing change but there have also been moves within the European Union Aviation Safety Agency to bring their regulations up to a modern-day standard.”