The alarm was raised just after 7pm as flames engulfed the old St Stephen's Primary's School in Sighthill. 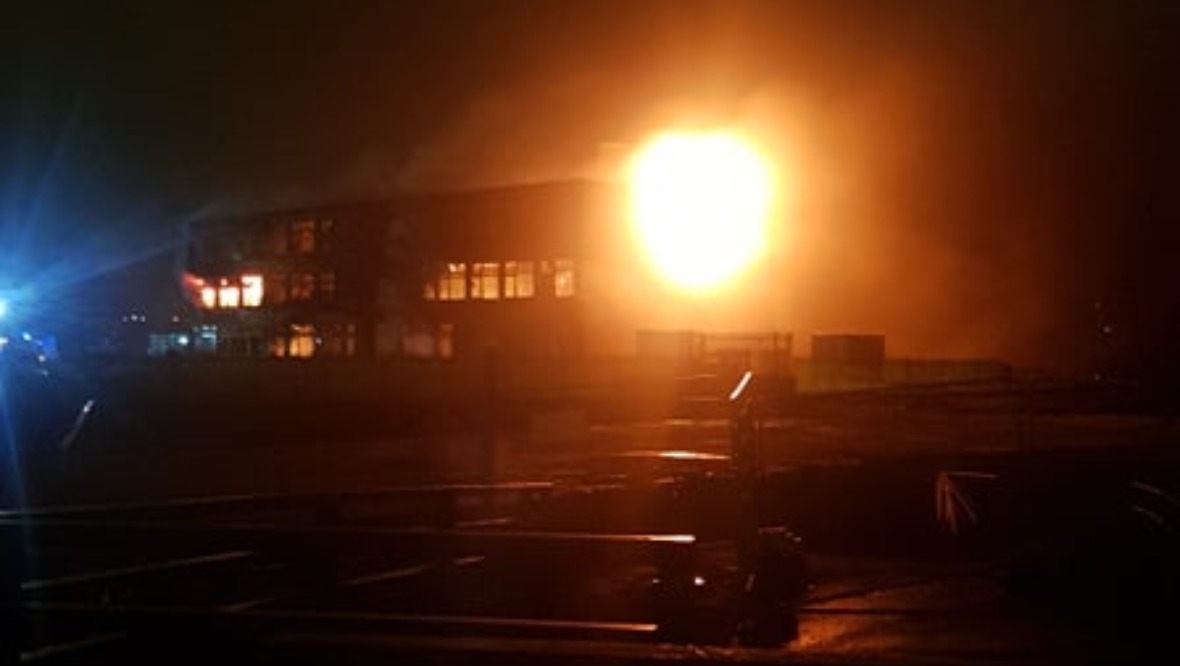 Firefighters are tackling a huge blaze at a derelict school building in Glasgow.

The alarm was raised just after 7pm as flames engulfed the old St Stephen’s Primary School in Sighthill.

Six fire engines were sent to the scene and crews were still on site at 7am on Tuesday as they deal with the “well-developed fire”.

A spokeswoman for Scottish Fire and Rescue Service said: “We are currently in attendance at a building fire on Pinkston Drive, Glasgow.

“Six appliances were mobilised to the scene after the alarm was raised at 7.03pm.

“Crews continue to tackle a well-developed fire within a derelict building.”

There were no reports of injuries.