Firefighters rescue dog from icy loch after it chases swan

The springer spaniel had dashed out onto the icy surface of Frankfield Loch near Stepps before getting into trouble. 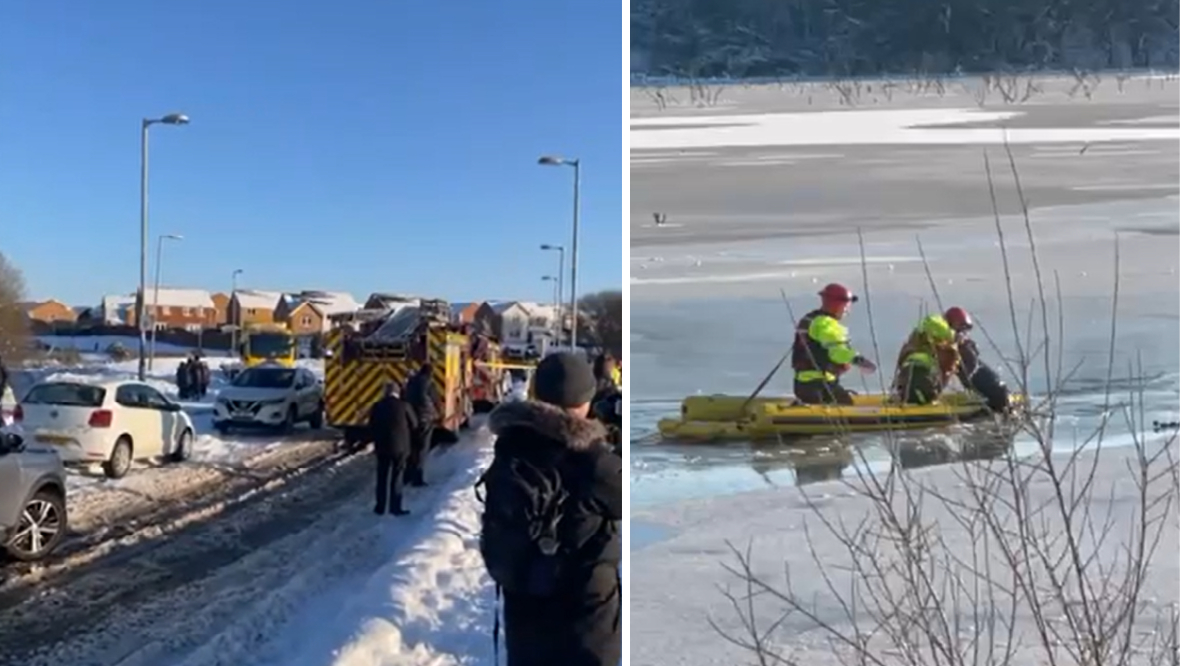 A dog had to be rescued by firefighters after it fell into a frozen loch while chasing a swan.

The springer spaniel had dashed out onto the icy surface of Frankfield Loch near Stepps before getting into trouble.

Andrew McConnell, who witnessed the incident just before 4pm on Wednesday said the dog’s owner was in a panic when the pooch was unable to get back to the shore.

He told STV News: “The owner was at the edge, panicking just trying to figure out what to do.

“Another member of the public said, ‘you need to phone the fire service’.”

Fire crews sent two appliances to the scene where a team launched a vessel into the loch before breaking the ice to rescue the dog.

Mr McConnell said firefighters wrapped the pooch in a blanket to make sure it was warmed up before reuniting it with the owner.

He added: “It was really good. Great job from our emergency services

“The dog was wagging its tail happy to see its owner.”