Three appliances were mobilised after multiple calls received about a wildfire visible across many parts of Glasgow. 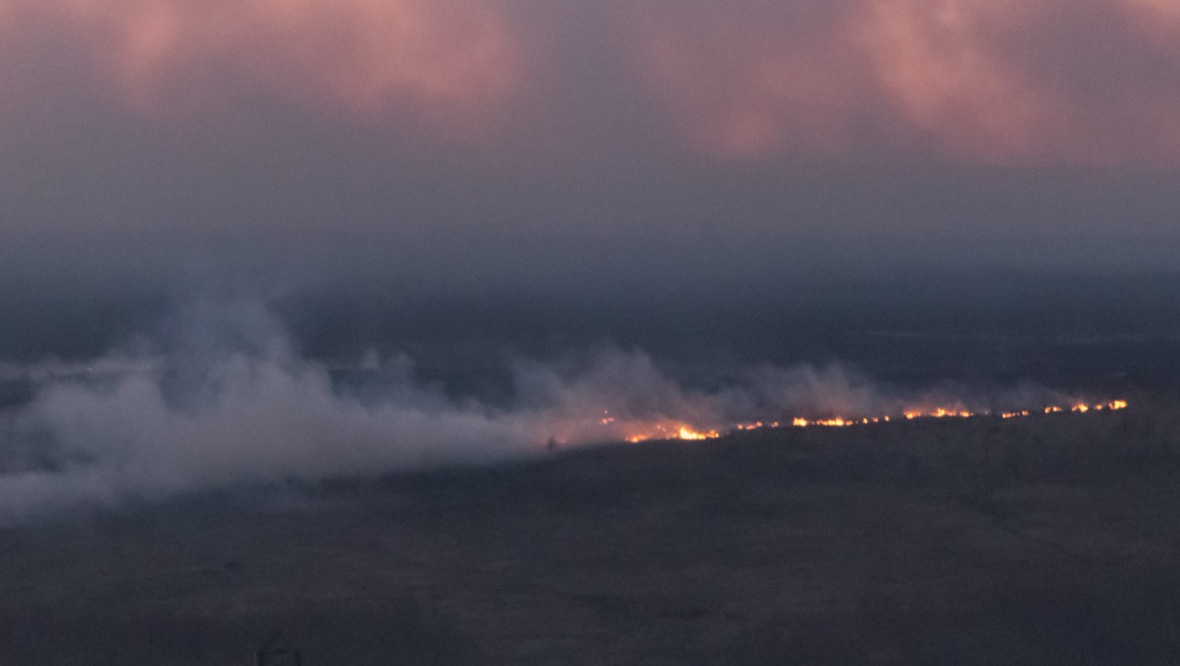 Firefighters continue to battle a blaze that has broken out near a reservoir in West Dunbartonshire.

The Scottish Fire and Rescue Service were alerted to the wildfire on the Kilpatrick Hills on Monday evening.

The service sent three appliances after receiving its first call around 6.41pm.

Fire crews left around 10.30pm as conditions were too dangerous after sunset, according to a spokesman for SFRS.

They returned on Tuesday morning.

In a tweet on Monday night, the SFRS said: “We are receiving multiple calls in relation to a wildfire near Cochno Road in Clydebank which is visible across many parts of Glasgow.”

Images posted on social media showed flames and plumes of smoke billowing across the Kilpatrick Hills.

On Tuesday morning, a spokeswoman for the fire service said crews had returned to the scene with an update due later.

There are no reports of any casualties.