Huge plumes of smoke could be seen billowing from the building at Troon railway station on Saturday afternoon. 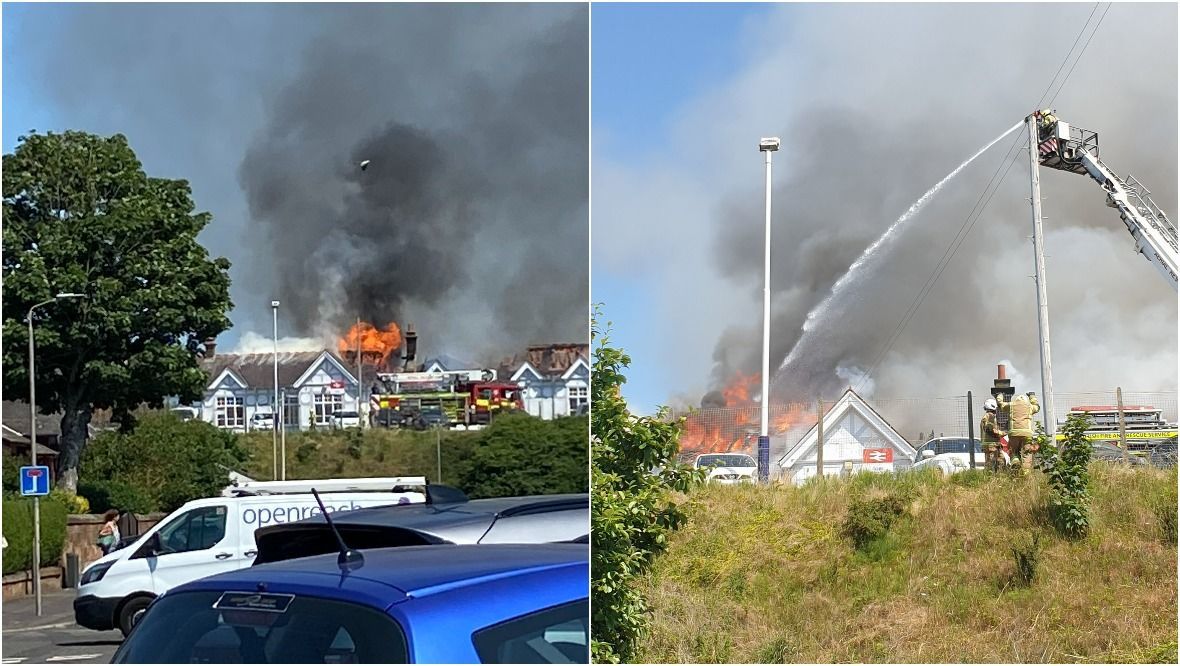 Firefighters have been tackling a fire at a railway station in South Ayrshire.

Firefighters were called around 12.40pm on Saturday after huge plumes of smoke could be seen billowing from Troon station.

Five appliances and a high rise vehicle were called to control the blaze.

Scotrail was forced to cut the power to overhead lines to allow firefighters to tackle the flames, which it said “took out a large area and affected other routes’ power supply”.

The fire broke out on a day where temperatures were expected to hit 21C in the town, which is popular in the summer with tourists from across the west of Scotland who flock to its beach as the mercury rises.

ScotRail said trains through the station would be cancelled, delayed or revised. For some routes, replacement bus services were being arranged.

“It was originally built by the Glasgow and South Western Railway in 1892. I hope it can be restored. Good to see @RailwayHeritage is already offering their support.”

Within hours of the fire, the Railway Heritage Trust offered its support to both Scotrail and Network Rail to salvage as much of the historic building as possible.