Fire engulfs lorry as it bursts into flames on busy M8

Smoke could be seen billowing from the vehicle near Harthill Services, causing a black cloud to cover the motorway. 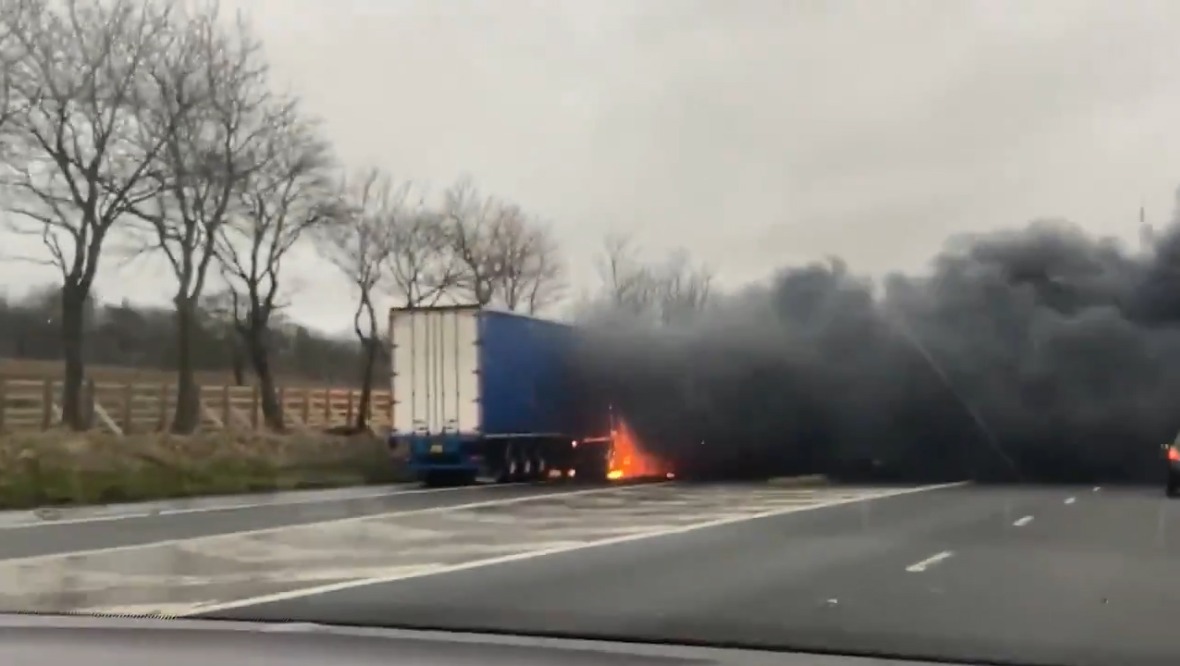 A lorry burst into flames on the M8 in North Lanarkshire on Saturday morning.

Smoke could be seen billowing from the vehicle around 9.40am near Harthill Services, causing a black cloud to cover the busy motorway.

Emergency services attended and police confirmed the driver was not hurt during the incident.

Officers helped with traffic management as the incident cause disruption for around an hour.

A spokesman for Police Scotland said: “We received a report of a fire on the M8 at junction five, near Harthill, around 9.40am.

“The driver was safe and well and the M8 was reopened around 10.35am.”