The 19th century convent was engulfed in flames in the early hours of Tuesday morning. 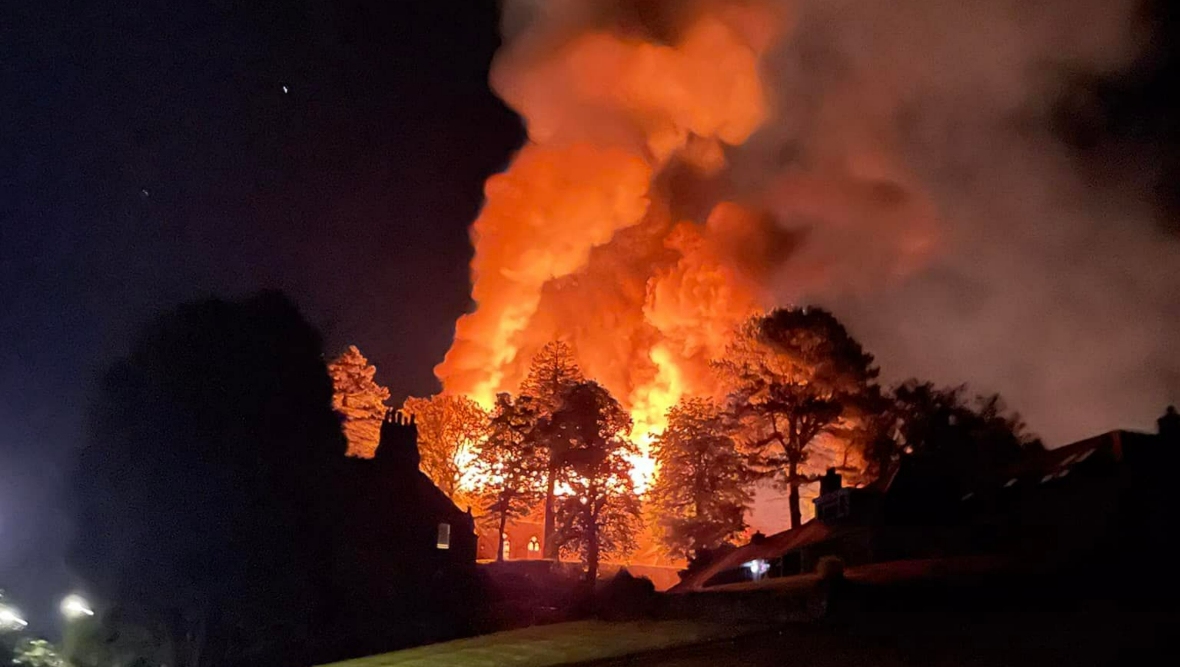 Fire crews have been tackling a blaze at a 138-year-old Dumfries landmark since the early hours of Tuesday morning.

The historic former convent on Corbelly Hill, near the town’s Maxwell Street, was engulfed in flames at around 2.30am.

The property was the setting for Peter Mullan’s 2002 film The Magdalene Sisters, and dates back to 1884.

It has been abandoned for a number of years and attempts to sell the property twice, in 2008 and 2020 failed.

Streets around the area have been sealed off while firefighters continue tackling the blaze and crews are likely to remain in the area throughout the day.

Sergeant Adam Potts, the police incident officer at the scene told BBC Radio Scotland this morning: “Emergency services attended this morning around about 2.30am.

“There has been extensive damage caused to the building.

“At this moment in time the fire is still burning within the building and firefighters are still tackling that.”

A Scottish Fire and Rescue Service spokesperson said: “We were alerted at 2.25am on Tuesday, August 9 to reports of a fire affecting a derelict building on Maxwell Street, Dumfries.

“Operations Control has mobilised nine appliances and a number of other resources to the scene, where crews remain in attendance as they work to extinguish the fire.