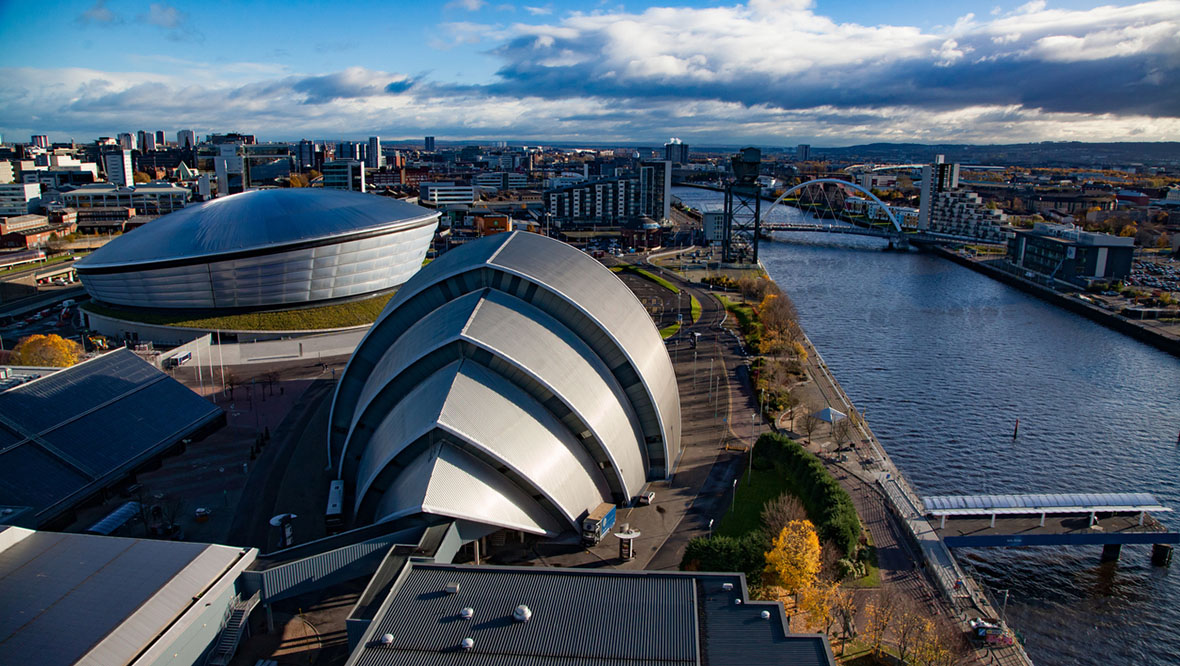 Glasgow’s hosting of the COP26 environment summit may see strike action as workers are “tired and frustrated” at the state of Scotland’s biggest city, according to the new chief of the GMB union.

Gary Smith, who was elected last month after winning just over half the vote in a ballot of members, told STV News the summit comes at a time when Glasgow has been “decimated by over a decade of political austerity”.

The 26th United Nations Conference of the Parties is scheduled to take place at the SEC campus from October 31 to November 12.

But Smith said delegates needed to “know the true story about what is happening in this city, with cuts and discrimination and low pay and the huge social problems”.

He said: “The city has seen services cut to bits, thousands of council workers have lost their jobs, there is huge amounts of discrimination still going on against women and workers in this city.

“Women workers are owed hundreds of millions of pounds in back pay. The streets are filthy, the roads are covered in potholes and the whole of the public realm has been allowed to go to rack and ruin. I think our members in Glasgow, many of them have had enough.

“COP might be a positive thing for Glasgow but it is an opportunity for working-class people to tell the true story of this city.”

Smith believes there is a strong possibility of strike action taking place during the summit as members say “enough is enough”.

He said: “A lot of people are tired and frustrated that we’re going to have this global jamboree in town and what we will do is we will sweep the streets around where the conference is going on and actually the world isn’t going to see what the true face of Glasgow actually is – it’s mired in discrimination, low pay and a crumbling public realm and it’s time that we told the world about is actually happening in Scotland’s biggest city.”

“This is an opportunity for us to expose the political hypocrisy about what is actually going on in our city in terms of the environment that working class people and our communities have to live in day-in, day-out.”

Some 10,000 police officers will be deployed in Glasgow each day during the COP26 climate conference taking place in the city later this year.

The massive security operation – one of the largest police operations ever undertaken in Britain – will involve local policing officers from each of Scotland’s 13 divisions and specialist resources including firearms officers, dog handlers, mounted branch, search teams and the marine unit.

World leaders and thousands of delegates will come together in Glasgow to tackle climate change issues.

Glasgow City Council said Smith’s stance on the city’s hosting of the summit is a “spectacularly facile understanding of COP and its importance to our communities, our city and the planet”.

A spokesperson said: “The world isn’t coming to Glasgow as a special reward. We are upfront about the challenges our city faces and (we) are the right host precisely because we still live with the decisions of our past.

“Presidents, prime ministers and other leaders have been clear they consider the event to be the planet’s best last chance to avert a climate disaster – and, here in Glasgow and across the globe, it is precisely the most disadvantaged communities that are at risk of being hit hardest by that chaos, despite contributing least to it.

“For Glasgow, COP is about attracting investment; making safer and healthier places to live; creating jobs and providing skills for a new low carbon economy; making our homes more affordable to heat and connecting communities with accessible, green public transport.

“We are the right host precisely because of the challenges we face as a post-industrial city, which are replicated across the world.”

A Scottish Government spokesperson said: “The people of Scotland are proud to welcome COP26 to Glasgow, knowing how crucial the summit is to accelerating international action on the climate emergency. For two weeks, the eyes of the world will be on Glasgow and we hope this will be a proud moment for the city, its people and its workers.

“That’s why we’re working very closely with the UK Government, Glasgow City Council and Police Scotland to deliver a safe, secure and successful COP26 in November.

“While it is not for the Scottish Government to intervene in industrial disputes, we would always encourage all parties involved to work together to reach resolution before exercising their right to strike.

“As a government we have been very clear that delivering a just transition is a central part of our journey to net zero and there will be opportunities in all of this for our citizens to secure good green jobs, with fair work at the heart, and be at the forefront of this emerging sector of the economy and our green recovery from the Covid-19 pandemic.”