The nationalised shipyard is currently building two vessels due for delivery five years behind schedule and significantly over budget. 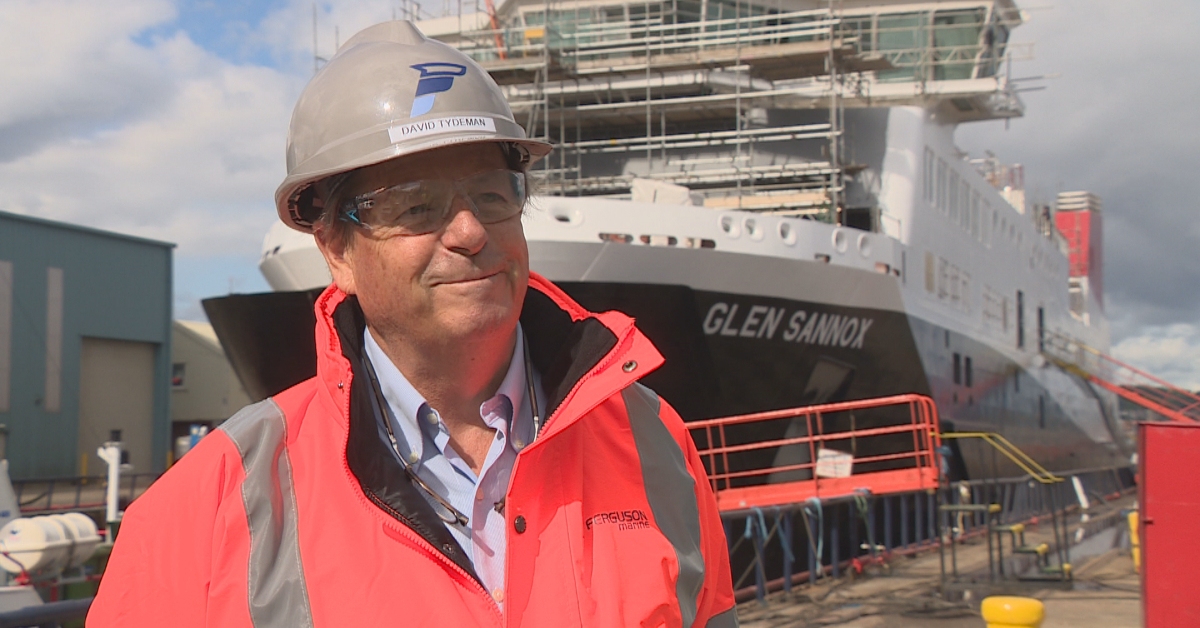 The chief executive of the Ferguson Marine shipyard believes contracts to build ferries and parts for warships could guarantee work at the site for at least ten years.

The Port Glasgow yard is currently building two vessels which are due to be delivered five years late and two and a half times over budget.

CMAL, the body which procures ferries for the Scottish Government, is looking to replace seven small ferries serving the Clyde and Hebrides network.

David Tydeman says he has growing confidence the firm can win the contract.

Mr Tydeman told STV News: “The seven small ferry programme that CMAL are coming up with next, that is in our sweet spot, we really want to do that.

“I think we can put the right pricing on it and I think we have got to win hearts and minds to show that we can deliver it, so emerging confidence.

“If we are part of the warship programme which is another ten years of work and we can build modules for those ships and we can do the small ferry programme with CMAL, there’s seven to ten years of really visible work right on the table now.

“That should preserve the jobs.”

The Glen Sannox which is due to serve the main Arran route from May next year has been undergoing work at a dry dock in Greenock for more than two weeks.

It is due to be transferred back to the Ferguson Marine yard in Port Glasgow on Tuesday.

It has been repainted and had its propellers cleaned and inspected.

The bow thrusters have also been replaced.

Issues around cabling which had to be replaced are expected to be resolved by the end of November.

The vessel will return to dry dock in January before undergoing final snagging and sea trials.

Mr Tydeman admits it is a relief work on it, and the as yet unnamed Hull 802, remains on course to be completed by the end next year.

“I had to reset the programme when I had been here six weeks in March,” he told STV News.

“We asked for an extra eight months to aim at the spring next year for the Glen Sannox.

“That was a bit of a leap of faith and trusting my instincts and the instincts of the guys around me, and we’ve given ourselves enough time so it is a relief to be on schedule.”