The National Farmers Union is warning action must be taken as the UK cannot 'import it's way out of the crisis' as it has before. 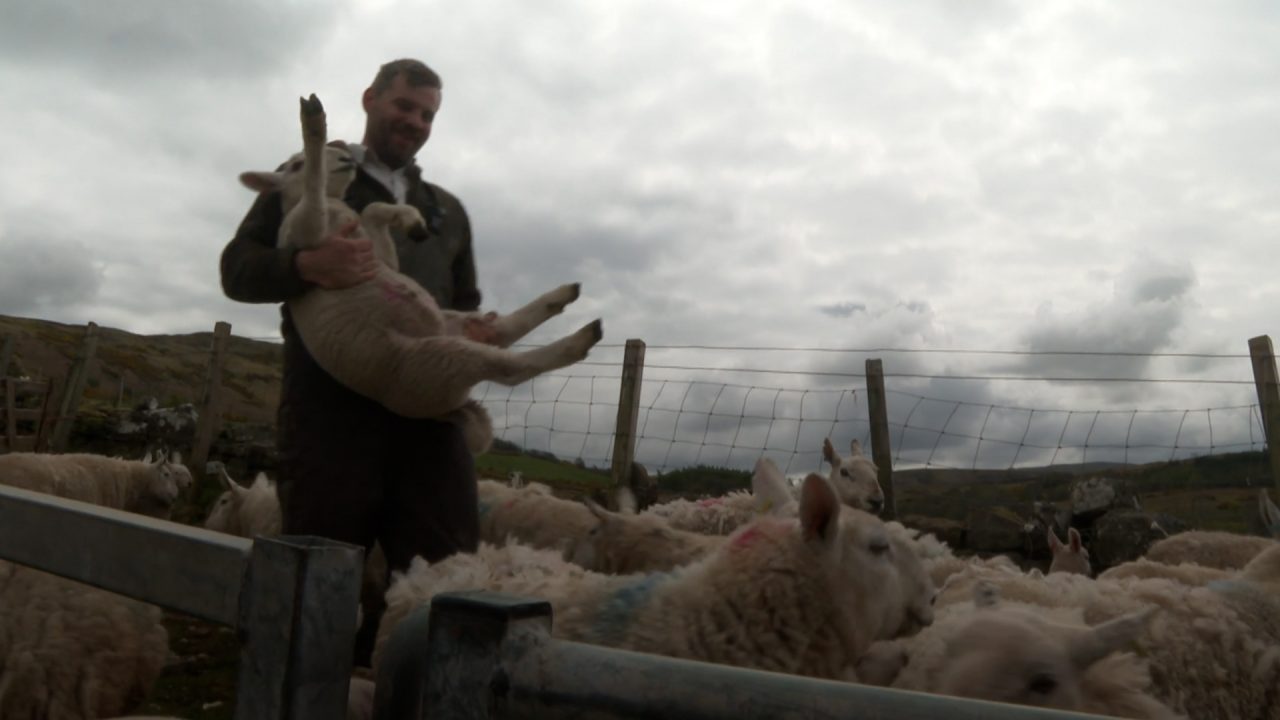 Farmers across Scotland say they are feeling pressures like never before with costs of some materials spiralling by more than 300% in the space of a year.

The National Farmers Union is warning action must be taken soon as the country cannot “import it’s way out of the crisis” as it has before.

Cameron Jackson, who rears award winning sheep in Inverkip, Renfrewshire, says he is feeling the strain despite budgeting for a rise in costs.

Having managed farms for others in the past, in August last year he and his partner Rachel Hamilton took on a lease for their own called Dunrod Farm.

Mr Jackson told STV News: “We budgeted for a five to 10% rise in all of our costs across the board, but for example materials for fencing jumped 25% in one go.”

Due to multiple factors including the fallout of the war in Ukraine, the couple are facing rises well above their planned budget.

They say the cost of fertiliser has risen by nearly four times its price last year.

Ms Hamilton, who has another part-time job to keep enough money coming in, said: “Our biggest fear is it comes to the point when costs are too high.

“You put your heart, your soul, your work, your effort into it.

“To see [the farm] not turn a profit and become that difficult that you’re not enjoying it anymore – that’s the biggest worry.”

The rise in expenses will eventually have to be passed on and food producers will need to see better prices for their products.

If not, there are warnings Scotland and the UK will lose much of its food production industry.

Martin Kennedy, president of NFU Scotland said: “We are 60% self-sufficient in food production, we used to be 80%.

“It’s not something to be proud of.

“We can’t import our way out of this as we have in the past.

“If we don’t start supporting or own producers we won’t have a domestic production to support.”