Fans ‘excited’ to get into Ibrox as Rangers win Premiership opener

Rangers have kickstarted their Scottish Premiership title defence with a 3-0 victory over Livingston. 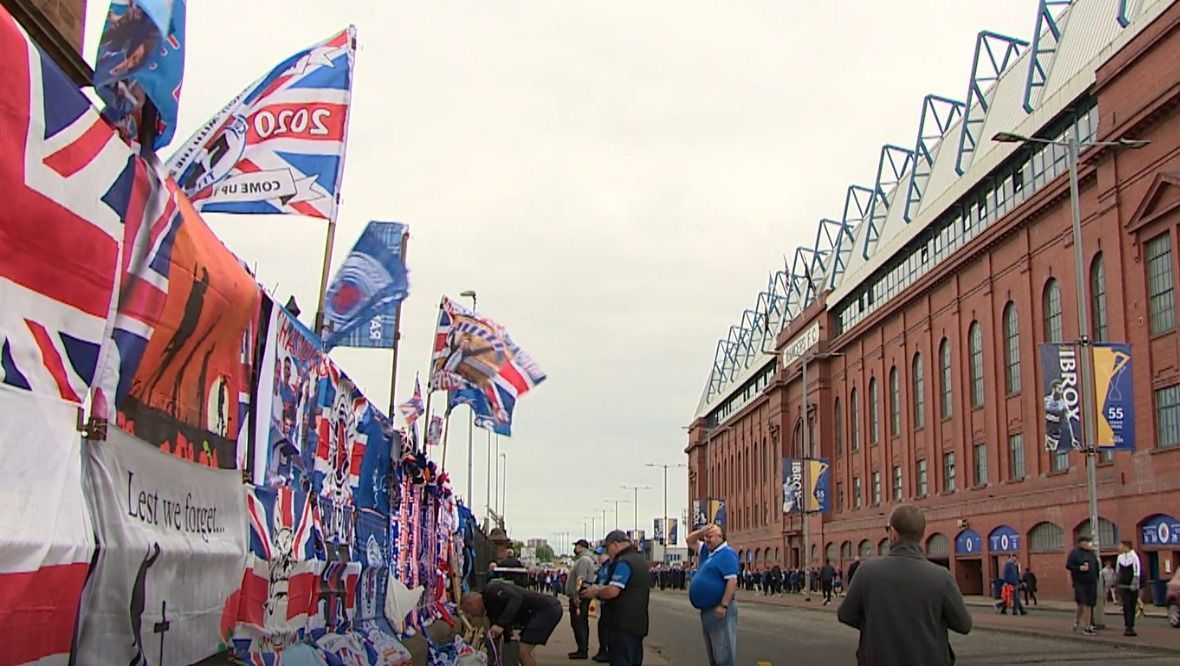 Rangers have kickstarted their Scottish Premiership title defence with a 3-0 victory over Livingston.

Ianis Hagi scored the opener from an eighth-minute free-kick into the box. However, the Romanian departed before half-time after being injured in a foul by Adam Lewis.

The Light Blues went on to seal their win with goals from substitutes Scott Wright and Kemar Roofe in the final 12 minutes as the champions made it 20 consecutive home wins in the league.

Ahead of the game, fans said they were delighted to be back at Ibrox Stadium.

One man told STV News: “Football’s very important. I’m pleased I’m here, but I feel sorry for all the folk that didn’t get a ticket because loads of folk missed out.

“Well, I’ve taken all precautions and I’ve got two jags so I’m happy about that, but I’ll go with the rules.

“If you have to wear a mask inside and stuff like that, I’ll do it. It’s there for a reason.”

Another supporter said: “Brilliant, absolutely brilliant. It’s the longest we’ve ever been away from the place, so great.”

One woman said she was “delighted to be back”, adding: “I’ve been 35 years a season ticket holder, so virtual wasn’t very good last year, but it was better than nothing.”

One young fan said he was “really excited” to get back into the Glasgow stadium.

He added: “It’s been a really long time, and I just can’t wait to get back to the game.”