William McNally, 13, suffered irreparable damage to his brain after drowning in the River Gryfe. 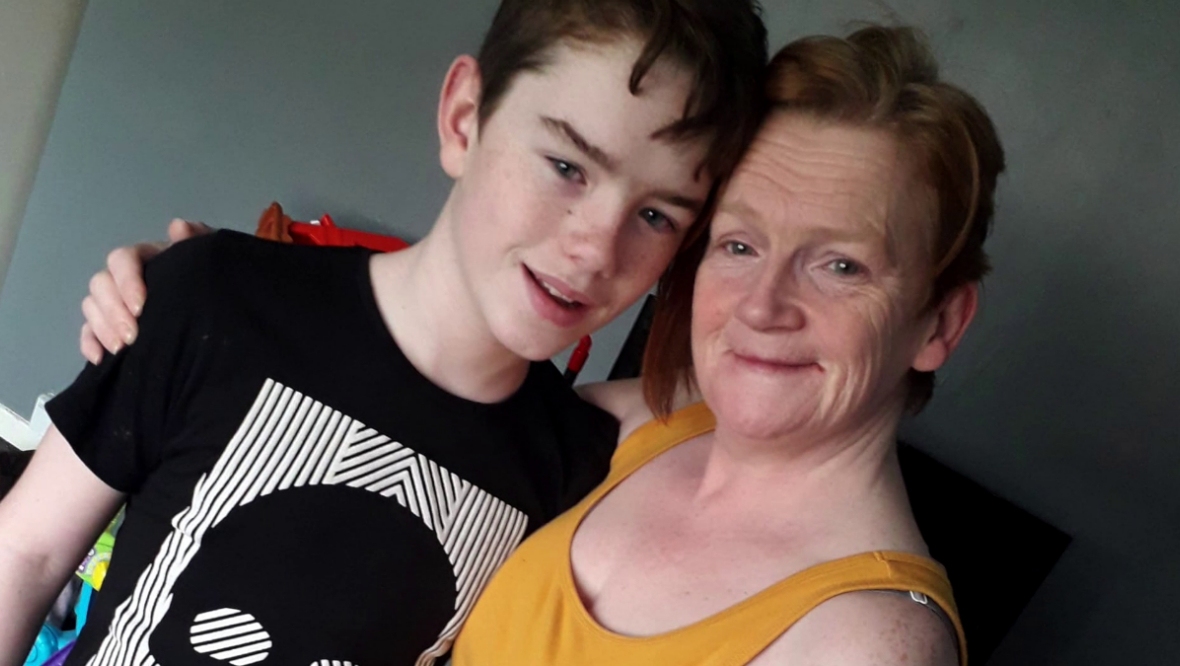 The mother of a teenage boy who died after an incident in a Renfrewshire river has urged young people to make sure their families do not go through the same ordeal she has by being more aware of open water risks.

William McNally died on June 5, 2021, after getting into difficulty at an area known as the Clay Pits in the River Gryfe, near Linwood, while playing.

The 13-year-old was pulled from the water by his friends.

His family were called in the early hours of the Thursday morning and told to come to hospital.

When they got there, they were told his injuries were catastrophic as he had spent a significant period of time stuck under the water and the damage to his brain was irreparable.

“I want to make a plea to all young people, please make sure your mum doesn’t have to go through what I have,” his mother Shannon Drennan said.

“Please look out for each other and make sure all of your friends get home safely.

“I want to thank everyone who tried to help William that day. William was, and still is, very much loved and adored.

“He is missed by everyone, which was made abundantly clear last year when Linwood came to a standstill for his funeral.”

William’s aunts, Jayne and Claire Drennan, joined their sister in marking the first anniversary of his death.

“The impact of losing William has been catastrophic on the whole family. There’s a hole been blown through us that will never, ever, be able to be fixed,” Jayne said.

“It is just a case of trying to get through the day really, and it’s been that way for a year.

Renfrewshire Council responded to the tragedy by placing seven new GPS signs at potentially dangerous areas along the River Gryfe as part of a drive to improve the safety of all waterways in the region.

Communities and housing convener at Renfrewshire Council Marie McGurk said: “William’s death was a tragic accident, and this first anniversary of his passing is a harrowing reminder of the dangers swimming in open water can pose.

“In commissioning this video, we hope to make more young people aware that, no matter how tempting, swimming in rivers and other bodies of water can be dangerous.”

Sean Kersse, from the Scottish Fire and Rescue Service, said: “Swimming in open waters, such as rivers, is very dangerous and we urge all young people to know the risks as well as how to keep safe.

“There is equipment available and signs indicating that it is not safe to swim in these rivers.

“Always familiarise yourself with the equipment and if someone does get into trouble in the water, use the life ring and throw-line rope and call emergency services, quoting the unique location number on the nearest sign.”