Family of four seriously injured after explosion rips through home

At least one house was completely destroyed after huge blast at housing estate in Ayr on Monday night. 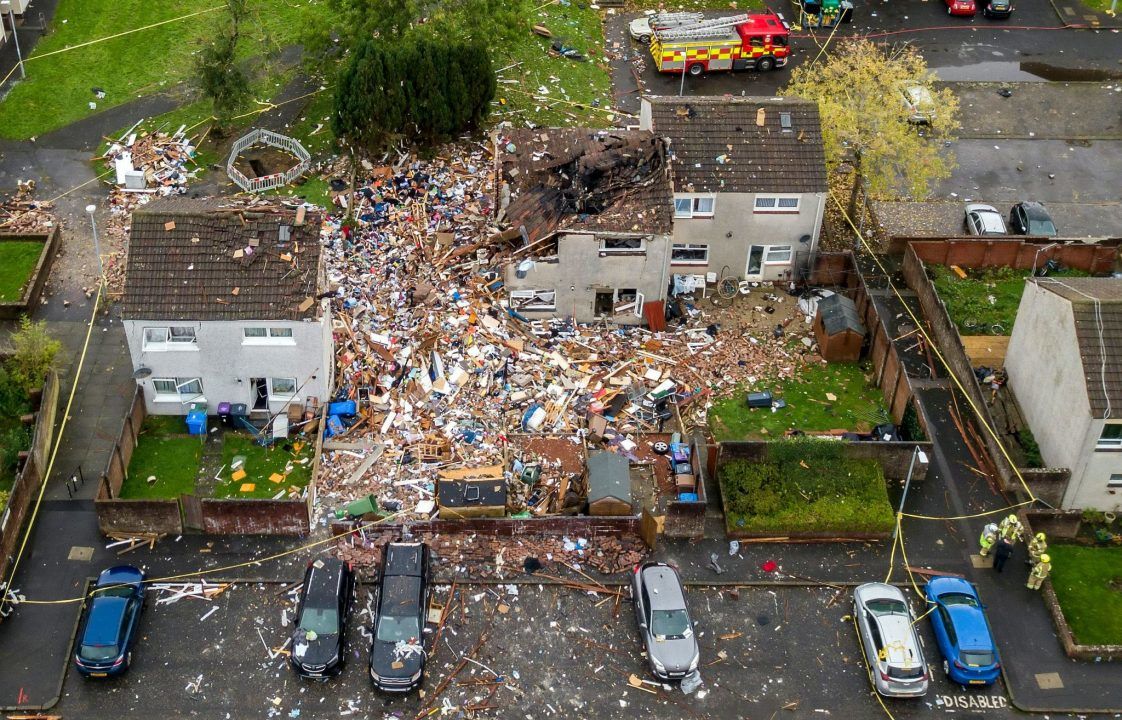 Four members of the same family are in a serious condition after their home was destroyed by a huge explosion in Ayr.

A mum and dad and their two children were all inside the house when the blast happened on Monday night.

Police said on Tuesday that a 43-year-old woman and a 16-year-old boy are currently being treated at Glasgow Royal Infirmary.

A 47-year-old man has been taken to Queen Elizabeth University Hospital in Glasgow and an 11-year-old boy is being cared for at the Royal Hospital for Children.

They all suffered serious injuries during the blast in the Kincaidston area of the town, which was heard for miles around.

The other residents of the houses affected by the blast have all been accounted for.

Drone footage taken on Tuesday morning showed extensive damage to properties in Gorse Park. At least one house has been completely destroyed.

Residents have been evacuated from the area and two rest centres have been set up to assist those affected.

Chief inspector Derrick Johnston, area commander for South Ayrshire, said: “This is a complex incident and a number of different agencies are working together to establish the full circumstances of what happened.

“Our thoughts are with the family and everyone within the local community affected by this. A joint investigation with the Scottish Fire and Rescue Service (SFRS) is being carried out.

Emergency services were called to the scene at around 7.10pm on Monday, police said, adding that local road closures were in place and the public are advised to avoid the area.

“You come home, you cook your tea and next thing ‘boom’ there’s an explosion beside you. There’s a lot of people who are just totally shook, didn’t know what was happening.”

‘You come home, you cook your tea and next thing ‘boom’ there’s an explosion beside you.’

A spokeswoman for the Scottish Ambulance Service said: “We dispatched a number of resources to the scene, including three specialist operations vehicles, six ambulances and an air ambulance.”

He said: “(It) was chaotic. There was personal property and rubble all over the scene.

Another resident told STV News: “It was like an earthquake. I thought (my wife) was up the stairs and I thought she fell. The next door neighbour said it was an explosion.”

SFRS area commander Ian McMeekin, the local senior officer for East, North and South Ayrshire, said: “Our thoughts are with everyone who has been affected by this incident.

“This has been an extremely complex and challenging incident, which significantly damaged multiple properties in the area and resulted in the evacuation of other nearby homes. We will remain in attendance for some time as we work with our partners to ensure the area is safe.

“A joint investigation alongside Police Scotland will be carried out in due course to establish the full facts and circumstances.”