Funeral service was being shown to supporters on a big screen outside Celtic Park. 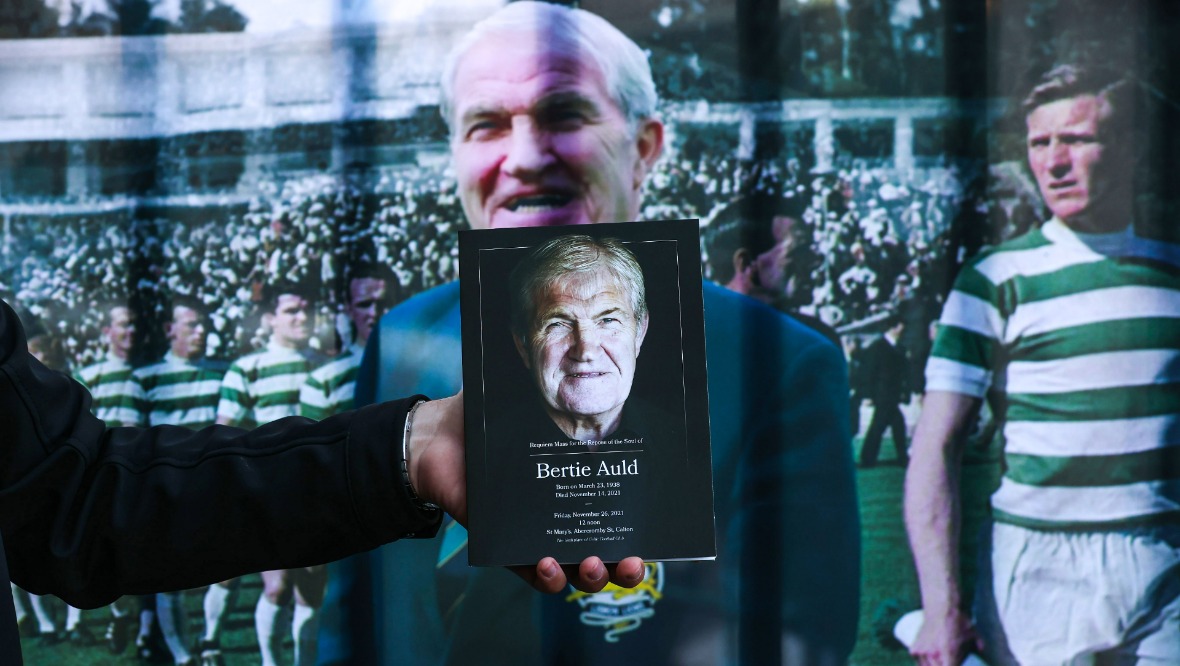 Family, friends, fans and former teammates of Celtic legend Bertie Auld gathered in Glasgow to bid farewell to the Lisbon Lion as his funeral took place.

His funeral cortege passed Celtic Park at around 1.30pm on Friday, following a service at St Mary’s Chapel, which was shown on a big screen outside the stadium.

Callum McGregor, Kyogo Furuhashi, Joe Hart and Jota were among the current first team in attendance.

Manager Ange Postecoglou arrived at the Chapel with first team coach John Kennedy with predecessors Neil Lennon and Brendan Rodgers also there to show their respects.

Respect was also coming from the blue-side of Glasgow through Rangers managing director Stewart Robertson.

Thousands of fans gathered at Celtic Park to watch the service.

Auld was part of the Celtic team which lifted the European Cup after beating Inter Milan in Lisbon in 1967 and also played in the 1970 final when Jock Stein’s men lost to Feyenoord in extra-time.

No other Scottish team has reached the final of Europe’s top competition since.

‘He defined the notion of a diehard’

If Billy McNeill is the never to be forgotten icon of Lisbon 1967, Jimmy Johnstone the irrepressible entertainer, Bobby Murdoch the beating heart of this country’s greatest ever club side, then Bertie Auld is the enduring spirit.

As everyone who walks Kerrydale Street or has attended a supporter’s function or drank in a Celtic pub will know, there was no greater ambassador for remembering the magic of that night or of honouring the memory of his departed brothers than Bertie Auld.

It was Auld who led the singing of the Celtic song as the players emerged from the tunnel in the Estadio Nacional, no doubt to the bemusement of the sculpted, tanned athletes of Inter Milan.

Although his own legendary status was assured as a result of the events of May 25, 1967, to the day he died he redefined the notion of a diehard. Wherever there was a Celtic party, the wee man was never far away.