The demonstration, which took place on Saturday, was meant to symbolise the failure of the COP process. 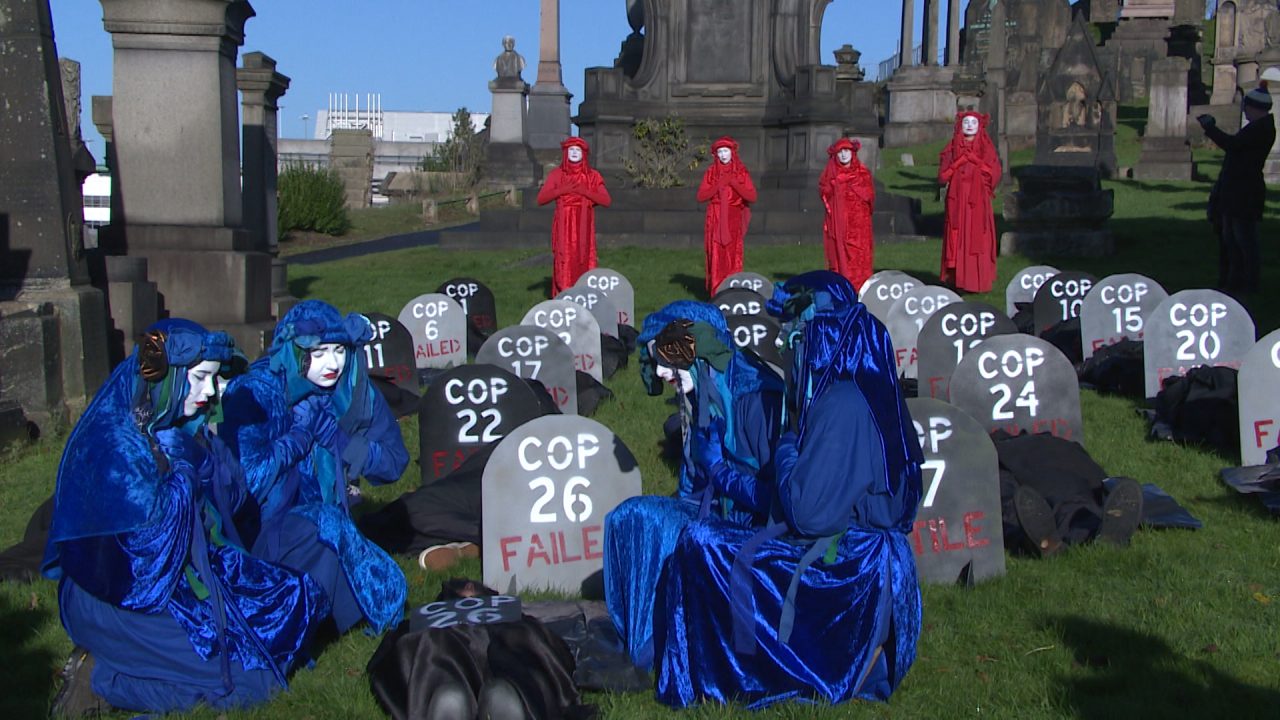 Extinction Rebellion activists have held a protest in the form of a “funeral ceremony” at Glasgow’s Necropolis as COP26 negotiations spilled over into another day.

The demonstration, which kicked off on Saturday, was meant to symbolise the failure of the COP process.

Starting from Glasgow Cathedral, the protesters led a procession dressed in black shrouds across Church Lane Bridge. The performers lay down next to rows of individual headstones.

Activists walked between the headstones and performed grief poses.

The performance happened as negotiators continued to hammer out a deal at the COP26 talks.

Karen, an XR member from the Isle of Barra, said, “We are here grieving for a planet that has been sacrificed by the failure and stupidity of COP26.

“The bare minimum needed from COP26 were commitments to leaving oil in the ground and an immediate halt to fossil fuel funding. Anything less than that is idiocy.

“As intelligent life on this planet we are already extinct. We know exactly what we need to do and we’re not doing it.”

Cathy Allen, from XR Oxford, said: “At just over one degree of warming many communities are already being displaced by floods, drought and loss of land.

“To continue deliberately heating up the planet for pointless profit will soon displace hundreds of millions.

“This is no accident – it is a heinous and barbarous crime against humanity.

“We are especially in mourning for the global south and those on the frontline communities who will suffer the most but have done the least to cause this crisis.

The protest follows a day of action in Glasgow that saw a topless activist arrested for protesting at JP Morgan, a group spray-painting “Blood Money” on Barclays bank, two activists pouring red paint and fake blood over themselves at the entrance to the COP26 Blue Zone, and an activist arrested for attempting to “jump the fence” and enter the Blue Zone compound.