Two children among four in hospital after explosion rips through houses

Emergency crews are at the scene of the blast which took place in the Kincaidston area of Ayr on Monday night. 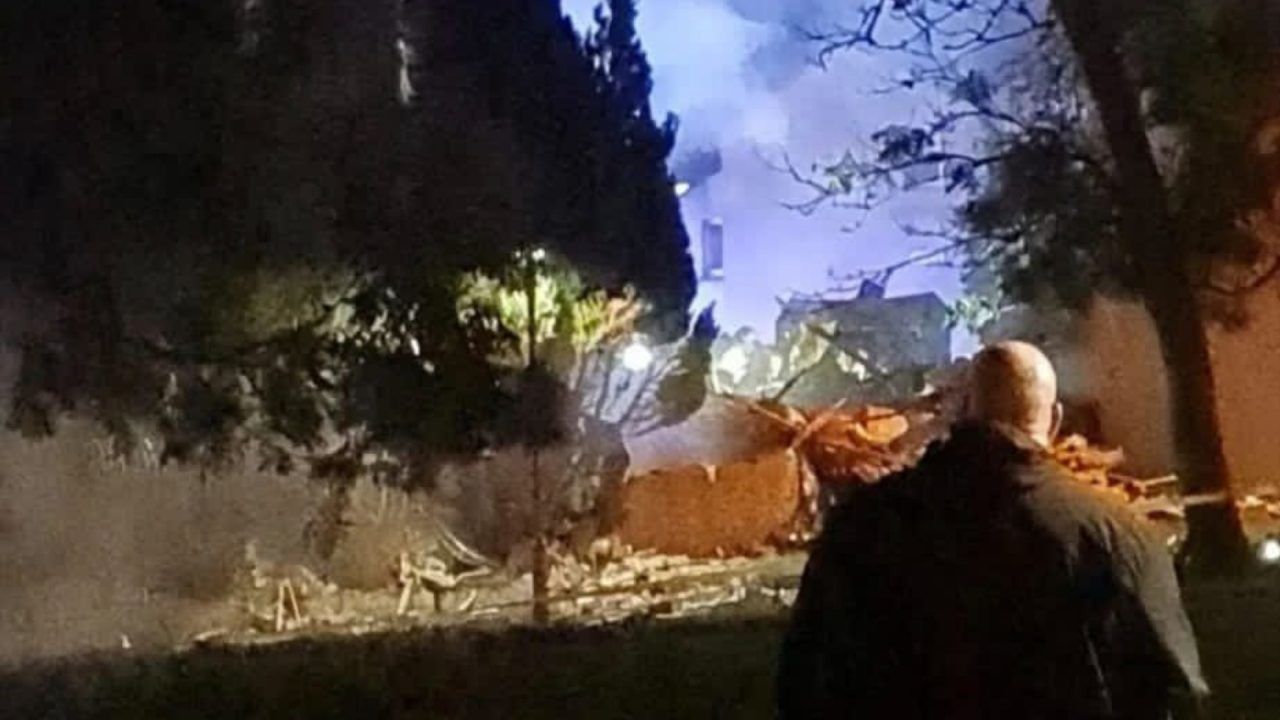 Two adults and two children have been taken to hospital after a large explosion ripped through houses in Ayrshire.

Emergency crews are at the scene after the blast hit houses in the Kincaidston area on Monday night.

Officers say at least four properties on the street at Gorse Park have been affected by the explosion.

A number of nearby homes have been evacuated and two local rest centres have been set up in response.

Officers are continuing to establish the cause of the blast.

Images posted on social media showed debris and smoke in the estate as emergency crews rallied to the scene.

A Police Scotland spokesperson said: Around 7.10pm, emergency services were called to a report of an explosion on Gorse Park, Ayr.

“Four houses have been affected by the explosion.

“Two adults and two children have been taken to Crosshouse Hospital in Kilmarnock.

“A number of premises have been evacuated and two local rest centres have been set up to assist. Emergency services are currently at the scene working with other agencies.

“Enquiries are ongoing to establish the cause of the explosion.”

A Scottish Fire and Rescue Service spokeswoman said: “We were alerted at 7.11pm on Monday, October 18 to reports of a dwelling fire in Gorse Park, Ayr.

“Operations control mobilised nine appliances and specialist resources to the scene and firefighters are working to extinguish the fire.

The Kincaidston Community Centre said it was open for those who needed help.

He said: “Was chaotic. There was personal property and rubble all over the scene.

“The video below doesn’t even do the smoke justice. Could scarcely make out peoples’ faces.”