Emergency services were called to Culzean Avenue in Coatbridge at around 7.55pm on Thursday. 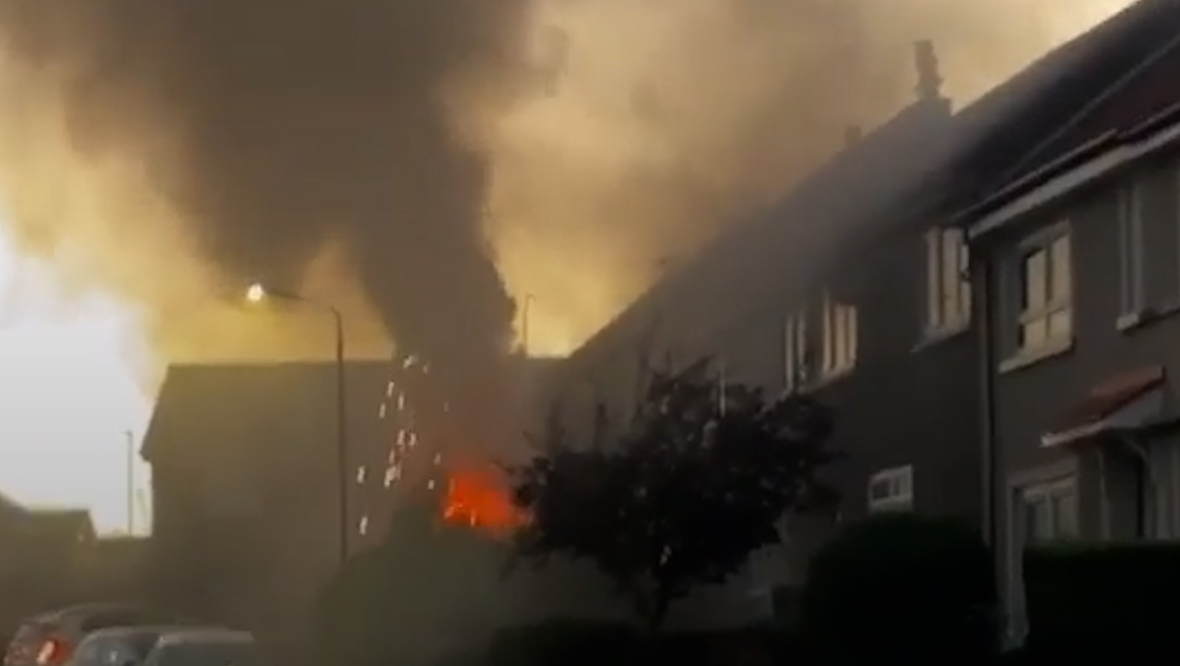 An electrical substation exploded on a residential street in Lanarkshire creating “fireworks”.

Emergency services were called to Culzean Avenue in Coatbridge, after being made aware of an explosion at around 7.33pm on Thursday.

Homes were evacuated with one eye witness describing the moment they thought the deafening noise was “fireworks”.

A local resident told STV News: “I just saw a small fire and it then started sparking.

“We thought it was fireworks but soon realised it wasn’t.

“We tried calling 999 but it was already done.”

Footage of the explosion has since been uploaded to social media, in which bright orange flames with billowing black smoke can be seen entering the sky.

The fire was successfully extinguished, and there were no reports of any casualties.

A Scottish Fire and Rescue Service spokesperson said: “We were alerted at 7.33pm on Thursday, September 22 to reports of a small explosion involving an electrical substation on Culzean Avenue, Coatbridge.

“A number of nearby residents were temporarily evacuated as crews worked to make the area safe.

A Police Scotland spokesperson said: “Around 7.55pm on Thursday, September 22, 2022, police attended Culzean Avenue in Coatbridge, to assist Scottish Fire and Rescue at the scene of a fire.”