'You are left with so many questions - could we have done more?' 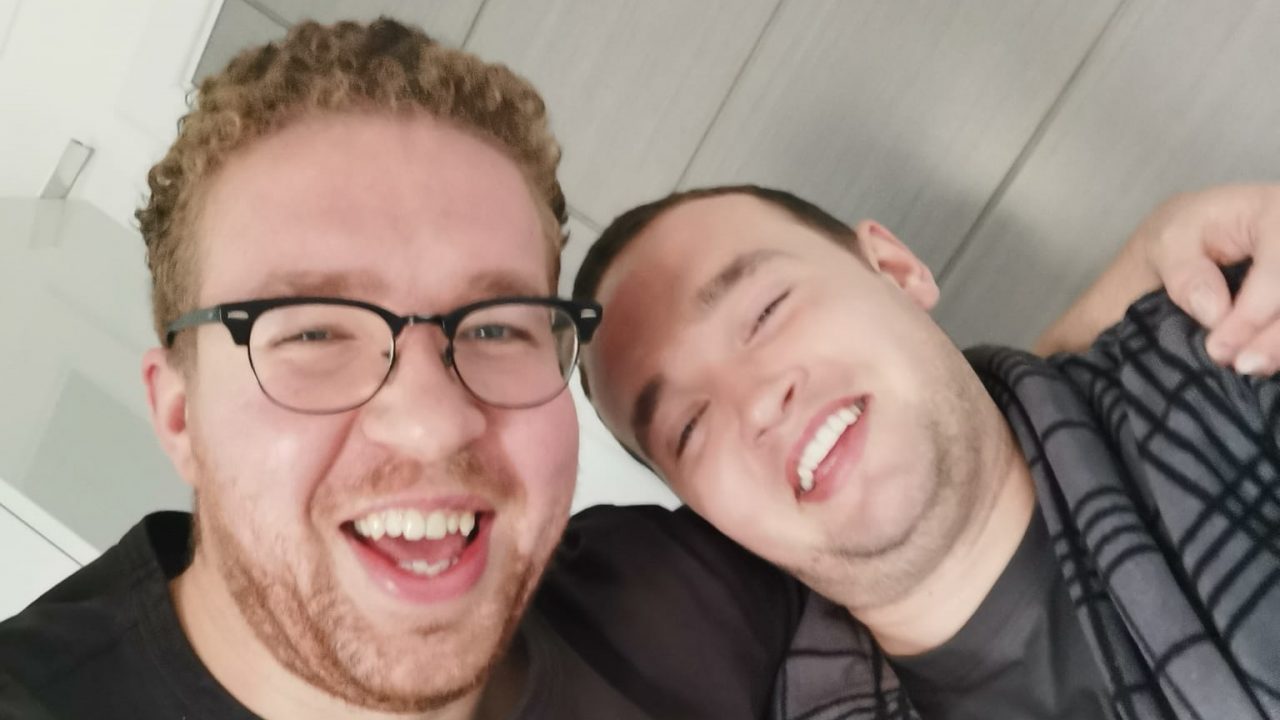 Gavin Heron remembers every detail about November 8, 2021. It was the first time he had been to his brother Evan’s new home, but Gavin wasn’t allowed inside and the police were there.

Evan had been found by their dad that morning – the 25-year-old had died from a heroin overdose.

Gavin told STV News: “It’s truly the worst pain I have ever felt in my life. As a family, you are left with so many questions. What more could we have done?

“You never want any other family to experience what you have gone through.”

Evan had moved out of the family home in Paisley just ten days earlier. Gavin believes his brother overdosed on heroin he had acquired from someone living locally.

He said: “On Friday before his death, Evan’s community psychiatric nurse said he would get more support.

“He died on the Sunday night. Our mum and dad are still mentally and physically shattered by it all and hold onto a lot of guilt.

“We had to wait for the toxicology report, which took months. We didn’t know what to say to people. We got to the stage of thinking ‘should we just say he killed himself?’. Is that less shameful than saying he died from a heroin overdose? It’s not a position anyone should be in.”

Evan’s brother now wants to smash the stigma and the shame for others by speaking honestly about the reality of caring for a loved one experiencing issues with both their mental health and drug addiction.

Gavin says his family felt for years like a “sword of Damocles was over their heads” and had lived a double life, shrouded in secrecy.

Evan was a qualified joiner who worked alongside his dad. As a teen, he played for Scotland’s youth basketball team until he was hit by a car. Extensive injuries meant he had to learn to walk again.

Gavin believes his brother’s drug use and mental health issues escalated after this trauma.

“Evan was fun-loving and liked to have a laugh,” he said. “At times, he was a joy to be around. At other times, he was a nightmare. You’d wake up and you didn’t know what Evan you were going to get.”

The Covid lockdown, when the family was back living in the same house, was a good opportunity for the brothers to mend their relationship, but it was also challenging because of the lack of access to services.

Social media meant access to drugs at that time wasn’t a problem.

Gavin said: “Evan would get absolutely anything delivered at any time of the day. Drugs would be dropped off behind the garden wall and he would go out in the middle of the night and pick up 200 etizolam.

“He’d get himself into debt with dealers and my parents felt they had no choice but to bail him out. There was one incident when a gang that Evan had owed money to arrived at the house and smashed up my dad’s car.

A recent report from the Mental Welfare Commission found too many families are bounced between mental health and addiction services, with GPs reporting difficulties in referring people for the right support, including at times of crisis.”

The charity Scottish Families Affected by Drugs & Alcohol said the findings fully reflected the daily frustrations of the people it supported.

Gavin said his family found their situation demoralising and exhausting.

When Evan was hospitalised due to poor mental health or placed in supported accommodation, Gavin claims he was more exposed to others both abusing and supplying drugs.

“His mental health issues were requiring a large degree of self-medication as it was probably one of the only things that helped calm down the torture going on in his soul,” he said.

“There were points when Evan had more clarity and wanted to work out his addiction problems. He also wanted to take control of his mental health, but the depression, anxiety, paranoia and psychosis made it very difficult for him.

“He would then descend into a further spiral of using drugs. You would basically have to start from square one.”

Gavin found the courage to speak publicly for the first time about his brother and his family’s experiences at a vigil last month in Glasgow’s George Square.

The event, organised by the group Faces and Voices of Recovery, was held to remember loved ones who died from addiction.

Gavin said: “The system is broken. We need help for families and for quicker joined-up care for mental health and drug addiction issues. It’s impossible to divide the two. With Evan, it certainly wasn’t.

“People who die from addiction shouldn’t be dismissed as a different class of people or that they deserved it because there wasn’t enough care given to them by the people around them.

“My mum and dad were there for Evan until the day before he died, looking after him, yet it still happened. Something needs to change.”

The Scottish Government said it recognised the importance of individuals being able to access the right support for their needs at the right time.

It is considering the findings of the Mental Welfare Commission and added that a raft of improvements were underway designed to lead to more joined-up care.

Earlier this month, the government announced a £65m pot for life-saving organisations, urging them to apply for funding to support their work.

For Gavin’s family, this comes too late. He says he grieves for his brother every day.

He said: “It is not a waste of a life, it’s a life cut short. I keep thinking if Evan was perhaps recovered, what would he like to see?

“We loved him, even though there were hard times, we try to focus on the good he brought to our lives. How happy he made us and how much we miss him.”