Doorstep tests will be offered in the city's worst affected streets as efforts are made to stop the virus spreading. 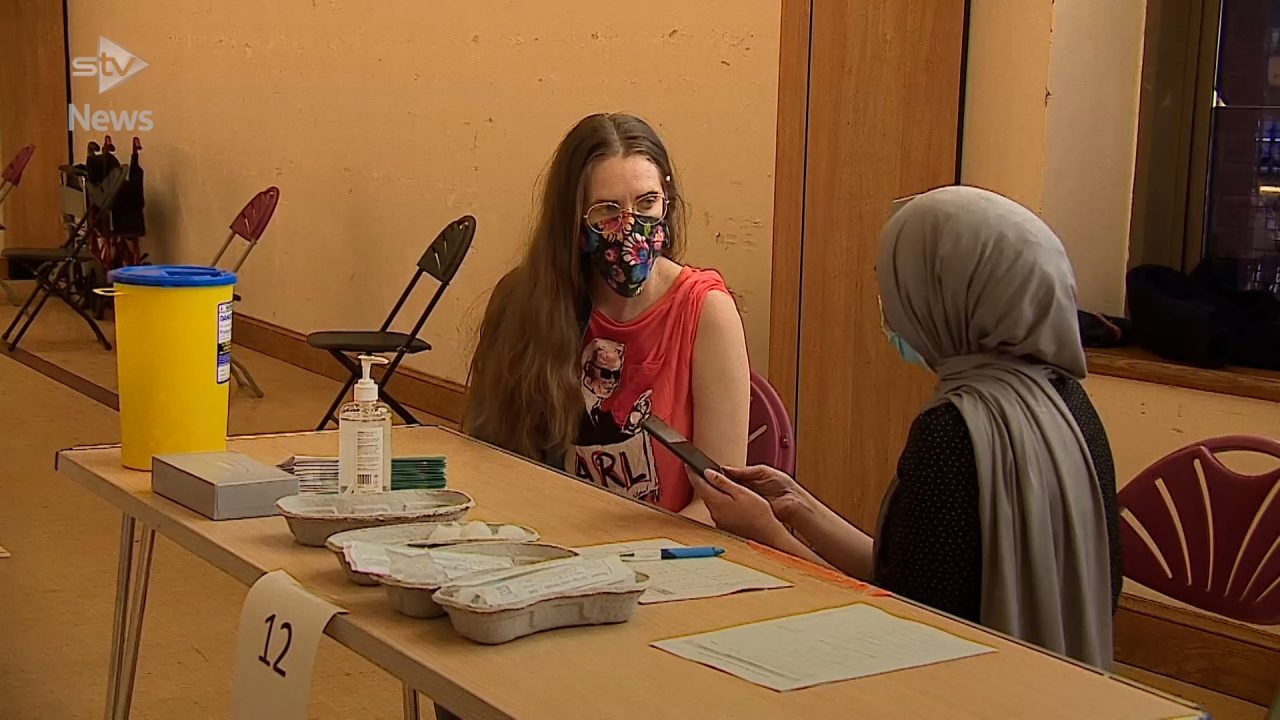 Nurses, carers and volunteers will go door-to-door with Covid-19 tests in the worst affected areas of Glasgow as the number of cases continues to rise in the city.

As surge testing continues across the southside and residents aged 18-years-old and over are invited to get vaccinated, 10,000 laboratory tests will be carried out on the doorsteps of the streets with the highest number of cases.

Teams consisting of nurses, Glasgow Home Care staff, volunteers from British Red Cross and some contractors will encourage people in Pollokshields East and West to take a PCR test and answer any questions they may have.

The move comes amid concerns of the uptake among ethnic communities and the potential threat posed by the Indian variant of the disease.

Deputy First Minister John Swinney said various steps were being taken to deploy testing capacity “right into the heart of these communities”.

Imams have urged worshipers to collect tests for their families from the mosques and Islamic education centres where thousands of kits have been delivered to.

The door-to-door testing is in addition to the over 30,000 Lateral Flow tests handed out across the city over the weekend.

Rapid result tests will also be delivered to every household in the G41 and G42 postcodes – around 32,000 packs each containing seven tests.

Enhanced contact tracing measures are also in place to contain the virus and prevent onward spread within the community with anyone identified as a close contact of a positive case being asked to self-isolate for 10 days, even if they have been vaccinated.

Dr Linda de Caestecker, NHS Greater Glasgow and Clyde’s director of Public Health, said: “One of the most important ways we can suppress the virus is for everyone to test themselves twice a week. This can be done quickly and easily at home.

“We are delivering testing kits to all households in certain postcodes with increasing rates of infection to make testing as easy as possible.

“In some of the streets most affected, staff are going door-door with laboratory tests and will assist householders to use them. Please again take up this offer.”

Lateral flow test kits can be collected from Glasgow Central Mosque and seven other sites at mosques and Islamic education centres in the city.

Susan Aitken, leader of Glasgow City Council, said: “The pandemic isn’t over yet. It’s vital that Glasgow gets back on the path to level two then heads back towards normality.

“The way to do that is to stick to the rules and to know if you are infected. Please get tested even if you have no symptoms. If you test positive then self-isolate and if you need help while doing so, call the Glasgow Helps phoneline on 0141 276 1185 (Freephone 0800 111 4000) If you test negative, please do another test in a few days.

“We will get through this, but each and every one of us needs to play our part.”

People aged 18-39 are being offered the vaccine in affected areas of Glasgow with crowds of young people queuing outside the SSE Hydro after being told there was space capacity.

The latest seven day positive rate per 100,000 people in Glasgow is 104.6, and concern is rising as new Covid-19 infections in neighbouring East Renfrewshire surge, with the local authority area now seeing a case rate of 94.2 per 100,000 people.

Decisions on whether to change restrictions in both Glasgow and East Renfrewshire, as well as the rest of the country, will be made by the end of the week.

The UK Government is providing the surge test kits as part of its testing programme and the Glasgow Lighthouse Lab is working round-the-clock to process samples.

All of the city’s local test sites are now available for both asymptomatic and symptomatic testing. A full list of locations is available here. Tests can be booked by clicking here.