Stars of the future encouraged to work on 'superpowers' such as leadership, confidence and friendship. 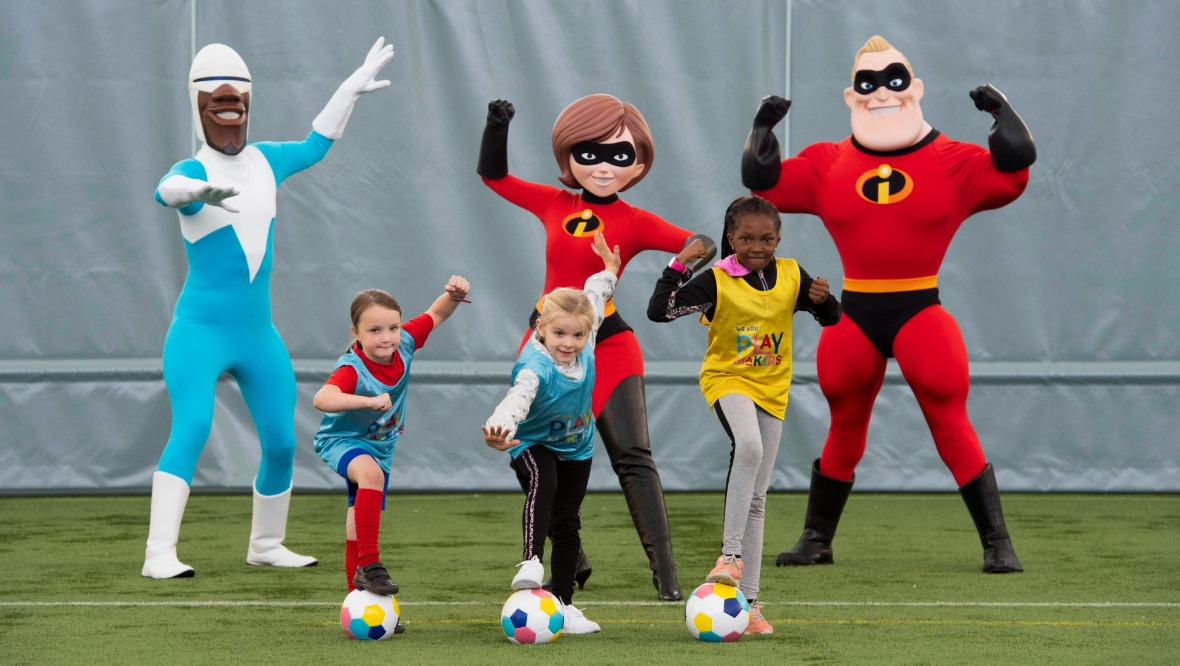 Young girls are being helped to discover a love of football by some of their favourite Disney characters – and there isn’t a princess in sight.

Using the film Incredibles, girls who’ve never played before are being encouraged to work on ‘superpowers’ such as leadership, confidence and friendship.

The classes for five-to-eight year-olds in Renfrewshire are designed to be full of imagination and fun, while also teaching footballing fundamentals.

“I liked dribbling the ball and jumping over the hurdles,” eight-year-old Sophia told STV News.

“My favourite part is that there’s Disney in it and they have colourful and cool balls.”

Funded by the Scottish FA and Uefa, the Disney Playmakers Programme is run by the St Mirren Charitable Foundation.

Coach Emma Smith said: “When I was younger, it was harder to get into the sport, but with these programmes, it’s ten times easier.

“Using the Disney branding helps a lot. I was a bit wary because I thought, ‘are they going to think it’s all princesses?’ but using the Incredibles with the superpowers captures them straightaway.

“It’s a really unique way to do it as not everyone thinks of superheroes when it comes to Disney.”

Coaching sessions follow a story which ends on a cliffhanger each week to encourage the young players back for more.

Niamh Russell, a Scottish FA development officer, said: “It’s been really positive to have that introduction to football for the young girls.

“They’re coming in and learning about leadership and communication, which has been fantastic.

“I think it’s very important to get them in at a younger age to fall in love with the game.

“They become familiar with it and when they reach adulthood, they still love the sport.”