Staff at the Emirates Arena in Glasgow did not believe that Pam Duncan-Glancy was a candidate. 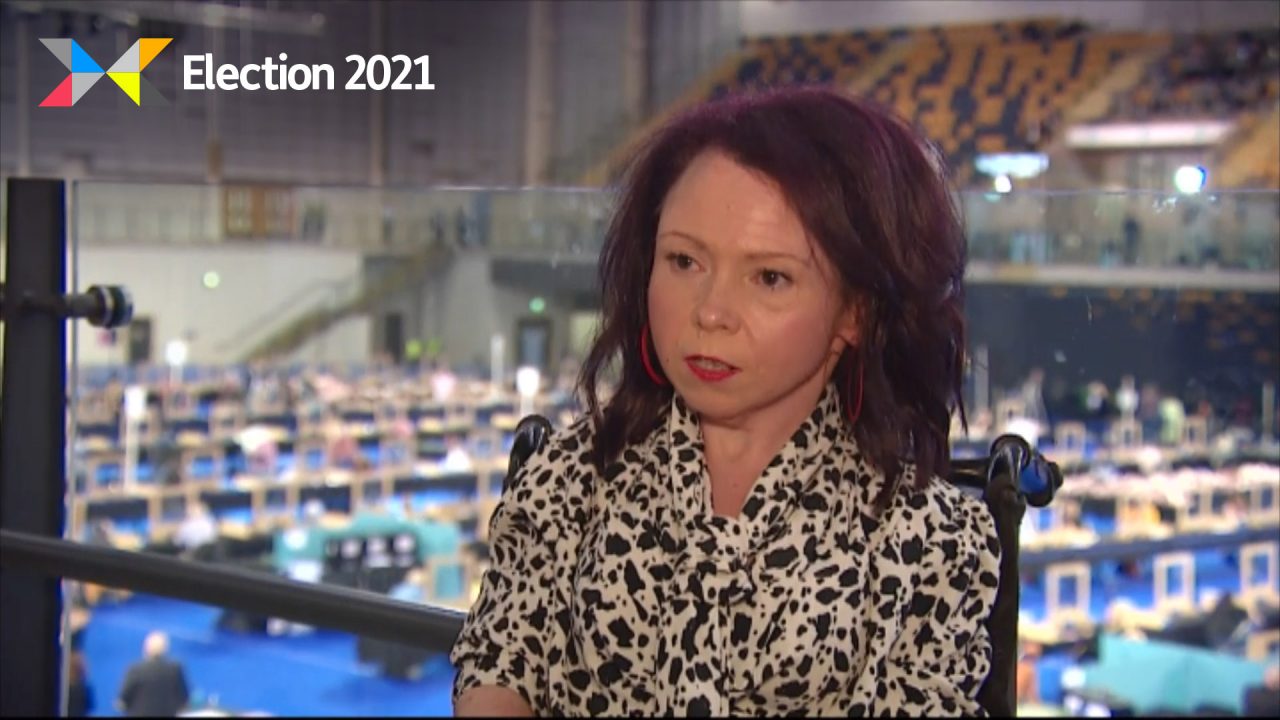 A Scottish Parliamentary candidate who uses a wheelchair has spoken of her ordeal in accessing the Glasgow election count after staff took 45-minutes to help her access the Emirates Arena and sit with fellow candidates.

Pam Duncan-Glancy, who is standing for Labour in Glasgow Kelvin and is fourth on the party’s Glasgow list vote, said she was shown a “lack of respect”, with those on site unable to give the right advice on accessibility to the venue.

And Ms Duncan-Glancy also said that staff didn’t believe that she was a candidate after arriving at the facility.

Speaking to STV News, she said: “When I got here today, the parking for disabled people is at one side of the building, which is great, (it’s a) really accessible building, fantastic venue in this city.

“So, I parked there, as you do with a blue badge, and parked my van up, came in and that was basically not the entrance that everyone else was coming in, so nobody knew where to send me.

“No one knew where to collect my test and trace details, but the most difficult thing was that when I showed my pass people didn’t believe I was a candidate.

“And they said, ‘that’s not the right pass for today’. It is, it was, and it still is, and so that was quite difficult.”

“The information hadn’t really got to the right people so it took about 45 minutes for us to be seated. During that time, someone told us that we weren’t allowed to be in certain spaces, I think there was about three of four times that happened to us, and a security person said to us that the place that we’d gone to, we’d be breaking Covid rules if we were to go in that space, which was the direction we’d been told.

“So, basically nobody knew the advice to give a person in a wheelchair or someone with access issues when they got here which is a real shame because I know that Glasgow City Council have put in a lot of effort to this and actually I know that… this is not my first rodeo at these things as I’m sure (viewers) will know and I’ve never had a problem like this before in this particular venue.

“Today I think it was just a mixture of not getting the right information to the right people and a bit of lack of respect to be honest.”

Ms Duncan-Glancy said that she had been issued an apology by both the chief executive of Glasgow City Council and the returning officer at the venue following the incident.

She said: “I think it’s really important to have wheelchair users in elections and disabled people in elections, so it wasn’t how I wanted to start the day shall we say.

“And then you end up feeling like you’re just moaning or you’re just arguing all the time. In actual fact, I’ve had minimal sleep for the past six weeks, I did my best to keep my cool, to use all the resilience I have, but the fact is we shouldn’t have to do that.”

The Labour candidate continued: “The chief executive of Glasgow City Council and the returning officer have both apologised and you know, I have a lot of faith in both of them.

“They both in the past have been great for things like this. I think what’s happened on this situation is that they’ve not necessarily been able to communicate the situation with the new rules and on this scale.

“But the communication really is part of the biggest problem because actually all they needed to do is make sure that their staff knew.

“I think, as far as I’m aware, I’m probably the only wheelchair user standing in this election. They could have maybe had a bit of a clue that somebody was going to turn up and need some of this availability basically, accessibility being available.

“So not to do that was a bit of an oversight.”