Emergency services responded to a report of a disturbance within a property in Milton’s Mingulay Street on Saturday night. 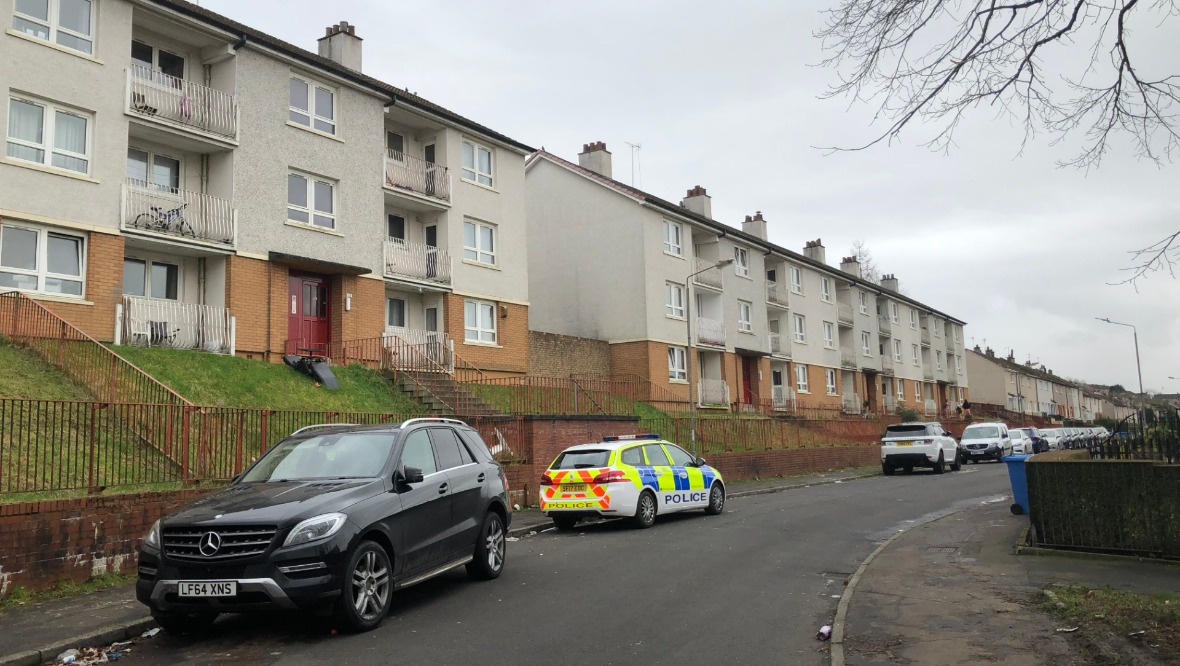 Detectives have launched an attempted murder inquiry after a man was stabbed in a Glasgow flat.

Emergency services responded to a report of a disturbance within a property in Milton’s Mingulay Street at around 9pm on Saturday.

A 31-year-old man was taken to the Queen Elizabeth University Hospital with stab wounds. His condition is said to be serious.

Police are treating the incident as attempted murder.

Investigating officers believe the attack was targeted but are yet to work out the motive.

The male suspect, who was wearing a dark-coloured tracksuit, was said to be around 6ft with a medium build.

A silver car was also seen leaving the scene at the time of the incident. Officers are urging the vehicle’s occupants to get in touch as they may have information that could help the ongoing inquiry.

A high police presence will remain in the area throughout Sunday as police continue door-to-door enquiries and gather relevant CCTV footage.

Detective sergeant Nick Gribben said: “We believe this attack has been targeted towards the victim, however we do not know the motive for the attack.

“The injured man is in a serious condition in hospital and I am appealing to anyone who may have any information regarding this incident to contact us.

“In particular, I would ask motorists who were in the area or anyone with recording devices to check their footage.

“It’s possible it could have recorded something which would assist in our ongoing enquiries so please do get in touch.”