Demonstrators gather in Glasgow for ‘Kill the Bill’ protests

Peaceful protesters gathered in George Square and on the steps of Glasgow Royal Concert Hall on Saturday. 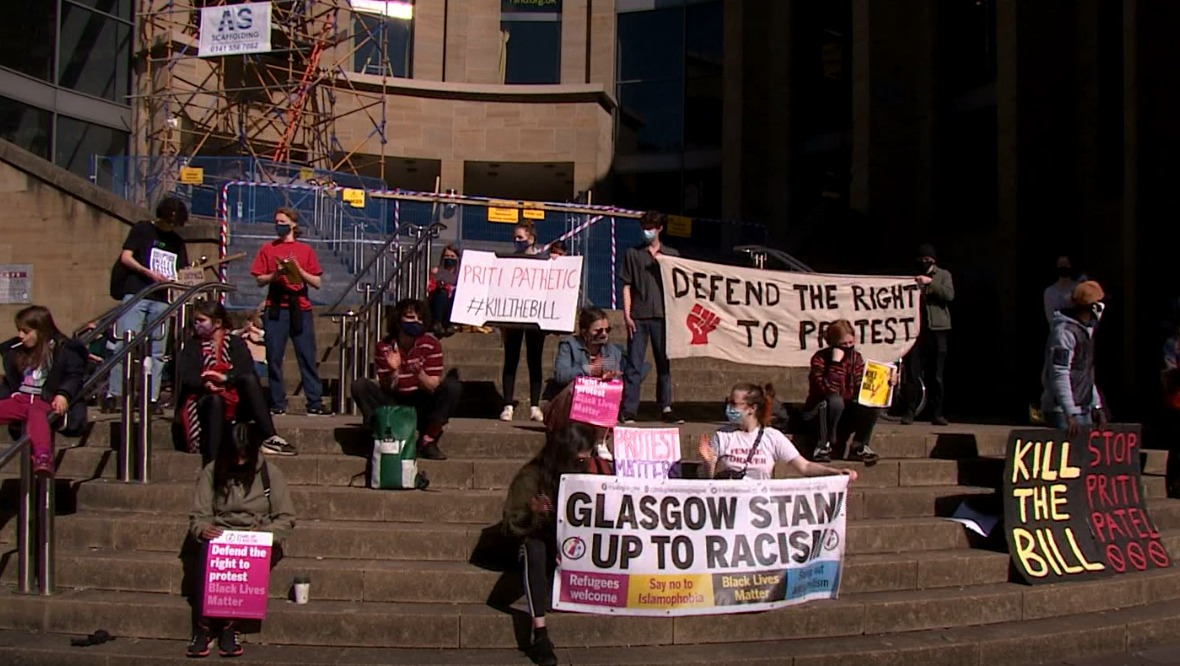 Demonstrators gathered in Glasgow to stand in solidarity with UK-wide ‘Kill the Bill’ protests.

The proposed Police, Crime, Sentencing and Courts Bill would give police in England and Wales more power to impose conditions on non-violent protests, including those deemed too noisy or a nuisance, with those convicted liable to fines or jail terms.

Although the bill in question does not apply to Scotland, demonstrators took to the steps of Glasgow Royal Concert Hall and rallied in George Square on Saturday afternoon to coincide with other protests held across the country.

Those gathered at the top of Buchanan Street, next to Buchanan Galleries, held up banners that included ‘defend the right to protest’ and ‘Kill the Bill, stop Priti Patel’.

Under the Scottish Government’s current Covid-19 restrictions, large gatherings are still banned to prevent the spread of the deadly virus.

A Police Scotland spokesperson said: “Around 12pm on Saturday, police were made aware of a peaceful protest taking place around George Square and Buchanan Street, Glasgow.

“Officers attended and engaged with those present, who were adhering to the current government legislation and guidance.

“The groups later dispersed and there was no further police involvement.”

Elsewhere, demonstrators marched past Downing Street and gathered in Parliament Square in London where speeches were given.

The first Kill the Bill protest in Bristol on March 21 descended into a riot, with subsequent rallies on March 23 and 26 also ending in clashes between the police and protesters.

A further demonstration on March 30 passed off peacefully.