Friday's show marked a proud moment for pupils at St Roch’s High - one of the largest centres for deaf education in Scotland. 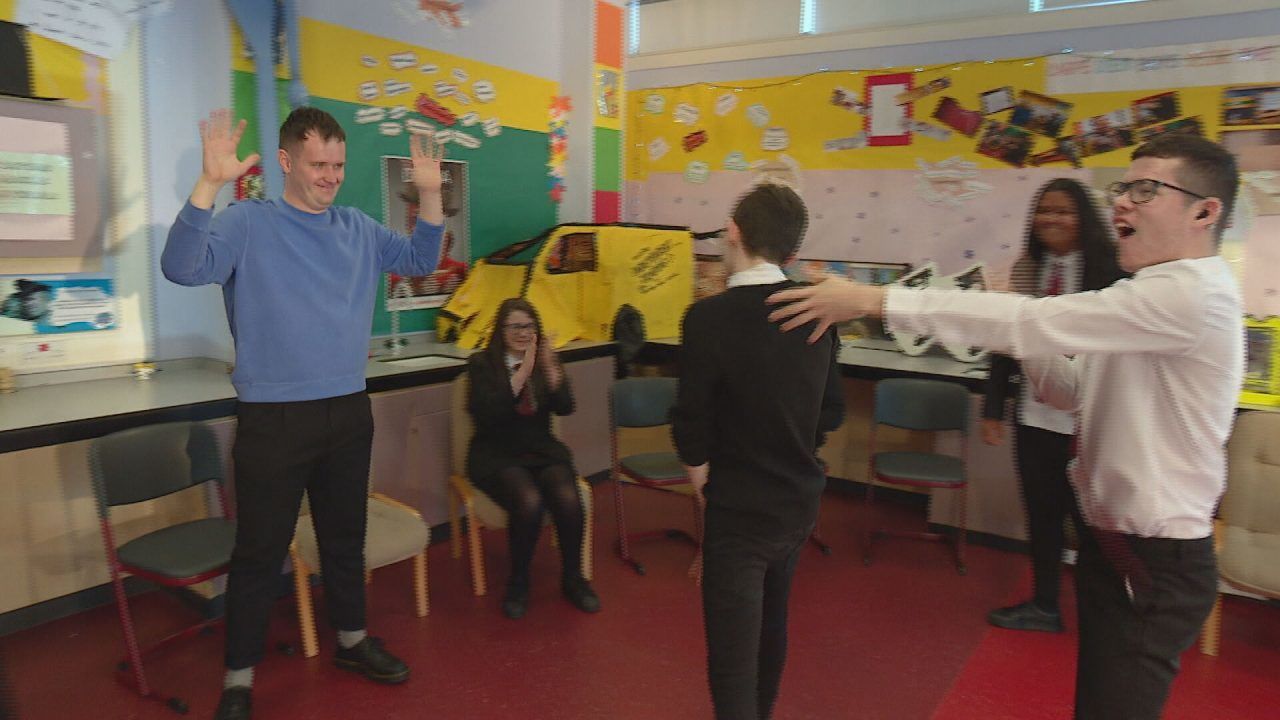 A school has performed its first ever sign language play in front of parents in Glasgow.

Friday’s show marked a proud moment for pupils and teachers at St Roch’s High – one of the largest centres for deaf education in Scotland.

The school worked with the Royal Conservatoire of Scotland and theatre company Wonder Fools to create a BSL version of Stef Smith’s The Pack.

S4 pupil Tegan told STV News: “That was about mental health and isolation and depression but we told the story through the wolf chasing people.

“I played the wolf.”

“I like drama in school because it’s interesting and fun and we do a lot of different things”, added S4 pupil Humaira Ahmed.

Drama teacher Mhari Quinn said: “It’s something we’ve never done before so I didn’t know what to expect, but I knew that they would be brilliant and they were.

“You had pupils there who have never been involved in drama in their lives and pupils that have only maybe been in Scotland for a few months and they’re up on the stage in front of lots of people performing so I was really proud.”

The students also worked with professional deaf actor Peter Dobre during the project, a graduate of RCS’ BSL performance course.

“There is a lot of deaf talented people out there who have nowhere necessarily to go and train”, said Claire Lamont from the Royal Conservatoire of Scotland.

“So it’s important that we have programmes to support that.

“It’s important for the industry for the type of stories that we tell on stage and screen and it’s important that we have different perspectives working in a room so that as artists when we’re constantly trying to do new things that we’ve got people in the room who can lead us in new directions.”

The project was the brainchild of theatre company Wonderfools – who are working to encourage more people from all different backgrounds into drama.

Their initiative Positive Stories For Negative Times saw new commissions from some of the UK’s most exciting voices to create work for young people.

“Being able to stand up in front of people regardless of what job you’re doing, that is so crucial” said Robbie Gordon from Wonderfools.

“The group ranged from people who had never done drama before all the way through to people that had a real passion for it and I just think that’s just incredibly exciting.”

The process of creating and performing the play was filmed and is being turned into a documentary that has been released online.