Constable was attending scene of multiple stabbings by an armed man at the Park Inn hotel in the city centre. 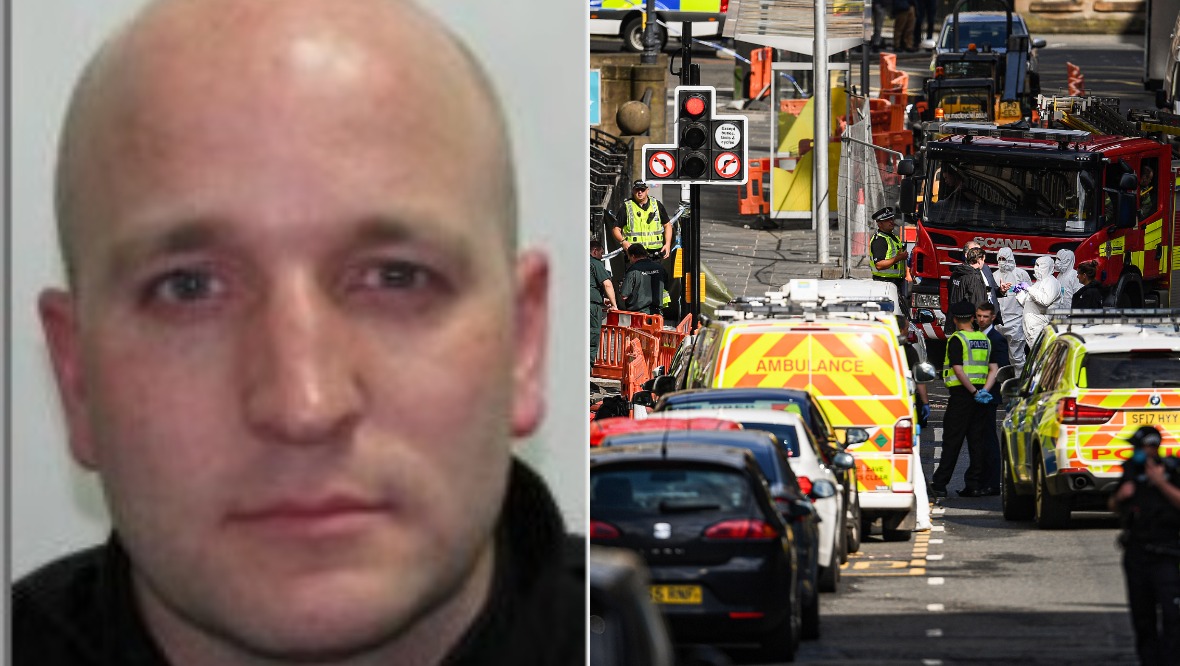 The police officer injured in the line of duty in Glasgow on Friday has been named as Constable David Whyte.

He was attending a scene of multiple stabbings by an armed man at the Park Inn hotel in the city centre.

The 42-year-old police officer is in a critical but stable condition in hospital.

Six men are in hospital, including Mr Whyte, following Friday’s incident at the Park Inn Hotel in West George Street.

Chief Constable Iain Livingstone paid tribute to the professionalism of the officers who responded to the incident, which saw a man shot to death by armed police.

Mr Livingstone said: “Terrible incidents such as we have seen today are, thankfully, very rare in Scotland. This event has understandably shocked the people of Glasgow, and indeed, the whole country.

“My thoughts and very best wishes are with those who have been injured and their families, including our colleague Constable David Whyte who was seriously injured in the course of doing his duty. I offer my personal support to all those affected.

“Officers have once again run into danger to protect their fellow citizens. Their professionalism as police officers was outstanding. I pay tribute to their bravery, selflessness and commitment to protecting the public.”

Mr Livingstone said he had briefed First Minister Nicola Sturgeon and Prime Minister Boris Johnson on the circumstances and advised them both that Police Scotland are not treating the attack as a terrorist incident.

He said: “It is essential enquiries are now carried out to establish the full circumstances and all speculation must be avoided.

“Scotland is a safe place to live and work. We have cohesive communities who work with their police service to maintain our peaceful and respectful way of life.

“In the context of the current health emergency, and to respect those injured today and the people of Glasgow, I ask everyone to exercise personal responsibility. Please, do not gather in crowds this weekend.”

However, it was later confirmed that just one person died – the male suspect.

“A man was shot by armed police and has died.

“Six other men are in hospital for treatment, including a 42-year-old police officer, who is in a critical but stable condition. The officer’s family is aware.

“Our thoughts are with the families of those who were injured, including our officer.”

Scottish Police Federation chairman David Hamilton said they were helping the family of the injured officer.

He said: “Whilst there is understandable and considerable public interest in the major incident in Glasgow earlier today, our focus at this time is in assisting the family of our colleague who has been seriously injured.

“This is obviously an anxious time for them and we ask that they be left alone as their attentions are very obviously directed towards the care of their loved one.

“Our thoughts, prayers and best wishes are with our colleague, his family and friends, and all colleagues affected by this incident at this time.”

First Minister Nicola Sturgeon said her thoughts were with the affected families and praised the emergency services.

She said “First and foremost my thoughts are with all those people who have been caught up in this terrible incident, particularly the six injured people taken to hospital for treatment, as well as residents and staff at the hotel.

“I also want to thank all of those police officers whose quick and decisive actions contained the incident – one of whom was among those taken to hospital – as well as the work of the other emergency services.”

A spokesperson for Radisson said the hotelier was “deeply saddened by the tragic event that happened today on West George Street in Glasgow”.

Tom Flanagan Karttunen, Area Senior Vice President for Northern & Western Europe at Radisson Hotel Group, said: “We are working with the hotel owner and all the relevant local authorities, including Police Scotland, to support the investigation.

“Police Scotland has confirmed the incident has been contained and there is no further threat to the public.”

The Park Inn hotel has been used to house asylum seekers during the coronavirus pandemic.

Radisson confirmed it was partly being used as temporary accommodation, a policy which has received criticism from campaigners.

Positive Action in Housing has criticised private housing provider Mears, which is subcontracted by the Home Office, for moving refugees from self-contained accommodation to hotels.

A spokeswoman for the campaign group said the 91-room Park Inn hotel was housing asylum seekers for the Mears Group, which moved them there during the coronavirus lockdown.

A Mears Group spokesman said: “We are referring all inquiries to the Home Office as this is an ongoing police operation.”

A Home Office spokesman said: “We are aware of an incident at West George Street in Glasgow, which is currently being investigated by the police.”