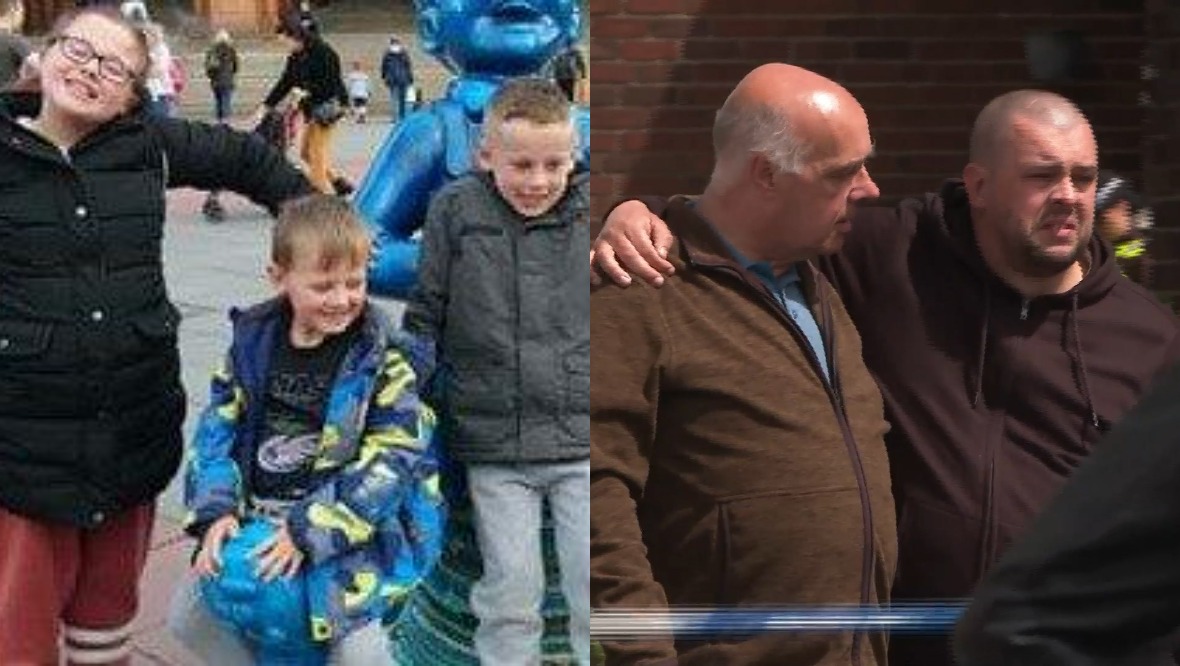 A father has paid tribute to his three children who died in hospital after a blaze at their Renfrewshire home.

Fiona, Alexander James and Philip Gibson were taken to the Queen Elizabeth University Hospital after the flat fire at Renfrew Road in Paisley on Friday night.

The sibings – aged 12, eight and five – died a short time after being admitted.

Alex Gibson, their father, wrote on Facebook: “may u rest in peace little angels.”

He later added: “how I miss them already, now I know what it feels like when ur world comes crashing down.”

Tributes have also been made to the children by the head teachers of their schools.

Julie McCallum, head teacher at Mary Russell School, said: “Our school community is deeply saddened by the tragic news of yesterday.  Words cannot express the sadness we are feeling.

“Fiona was a wee shining light in our Mary Russell family and to lose three young lives in this way is devastating for everyone.

“Our thoughts and prayers are with the family and all affected by this tragedy at this very sad time.”

Emma Henry, head teacher at St Catherine’s Primary School, said: “We are truly saddened by the loss of Alexander and Phillip. They were both full of energy and such an important part of our school.

“Both boys loved the outdoors and frequently talked about their regular visits to the park. They never ceased to make us smile. Our thoughts and prayers are with the family at this time.”

A JustGiving page was also posted on his Facebook, having been set up by a family friend, which states the children’s mother “is in icu in a critical condition”.

Police said a 39-year-old woman was taken to Paisley’s Royal Alexandra Hospital after the fire, which emergency services responded to at around 9pm on Friday.

Flowers and cuddly toys were left at the scene on Saturday as the smell of smoke still lingered around the Gallowhill housing estate.

One passer-by said local people were left “shocked” by what happened, and simply added: “God bless those weans.”

Among the flowers left at the scene were some from Gavin Newlands, MP for Paisley and Renfrewshire North, who wrote on a card: “We are all so sorry for your heartbreaking loss.

“Our thoughts and prayers are with you all.”

She tweeted: “No words are enough. It’s just heartbreaking. My thoughts are with all who loved these poor children.

“Fiona, Alexander and Philip – may you rest in peace.”

Earlier on Saturday, the Scottish Fire and Rescue Service said six fire crews had been met with a “well developed” blaze in a first-floor property.

Plain clothes police officers carried out inquiries in the area while teams in white protective suits could be seen in and around the flat.

A police spokesman said: “An investigation is under way to establish the exact circumstances of this incident.

“Anyone who has information that could assist our enquiries should contact police via telephone number 101.”