New mentors will share their own experiences with crime and addiction in a bid to tackle drug deaths and repeat offending. 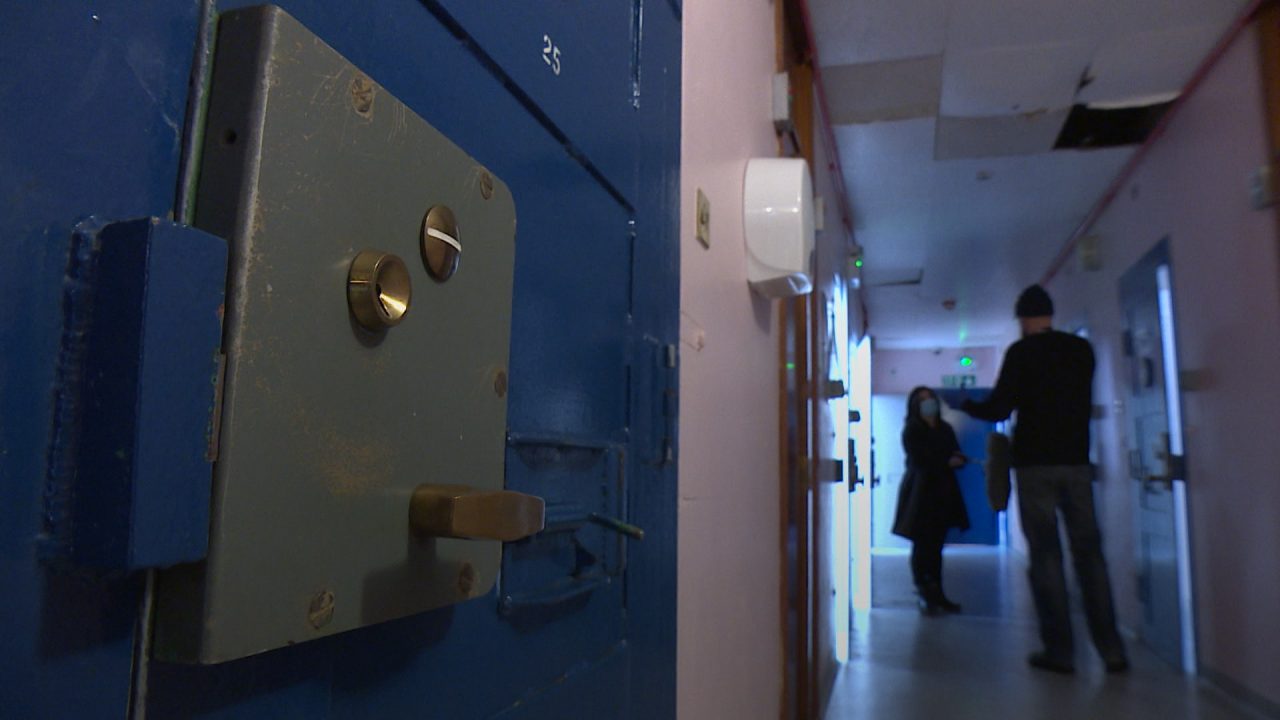 “Trust. It’s all about building trust.“

Standing in a cell inside of one of Glasgow’s police stations, John, a new custody peer mentor is under no illusion about the scale of the challenge he faces in his new role.

He has worked in the criminal justice system for many years, dealing with offenders who turned to crime to fund their addictions after they appeared in court or left prison.

Now, John is meeting his clients earlier – within hours of their arrest and arrival in a police cell.

‘This is an intervention that can offer support at an earlier stage before people go back into that lifestyle and that cycle of offending.’

John told STV News: “I believe this is another layer, another step in the right direction.

“This is an intervention that can offer support at an earlier stage before people go back into that lifestyle and that cycle of offending.”

John is one of two custody peer mentors working directly with Police Scotland in Greater Glasgow. Both are civilians with their own experiences of addiction and the criminal justice system.

They have been vetted and trained to allow them to go into police cells to speak to people who have been held for a variety of offences and identify those with substance misuse.

The custody peer mentors also link in with addiction teams from Glasgow City Health and Social care partnerships as part of the Positive Outcomes Project and the charity, Aid and Abet.

John said: “Nine times out of ten when I first see someone in the cell, they are agitated or distressed.

“I allow them to vent and it’s an opportunity for them to tell me about their situation. I can try and signpost them to other services.

“They are not seeing a uniform. We are not police. Our chats are confidential unless they are going to harm themselves or someone else.“

‘They are not seeing a uniform. We are not police. Our chats are confidential unless they are going to harm themselves or someone else.’

It is early days for this small team, which began officially operating in January.

In the first six weeks, they spoke to around 60 people held in custody. A total of 32 accepted the offer for ongoing support.

Lorraine McIntosh, who works for Aid and Abet and the Positive Outcomes Project, welcomes the addition of the peer custody mentors to her team.

Lorraine said: “In the past with Police Scotland,  if you were in the cells on a Friday, you were left until  Monday and then you were sent to court. You didn’t see anyone apart from your lawyer or maybe a doctor if you had called for one.”

With her own personal experience of the criminal justice system,  Lorraine knows breaking down barriers is only the first step.

She explained: “What they tell us is “well you’re not reading it from a book, you’ve been there, you know.

“A lot of the people we see are dealing with trauma issues, some of it is from childhood and this is what has led them into addiction and into the criminal justice system.

“We need to deal with the trauma otherwise people will just keep repeating and repeating the same behaviour.“

Jim Thomson describes the lifestyle he once led as his “ own personal hell”.

In the grip of a 20-year drug addiction and unable to access rehab, he was sitting in the cells of Glasgow Sheriff court when he accepted help from the Positive Outcomes Project.

He said they became his last support workers before he got clean.

Jim said: “Not everyone will engage with community services or social work. I wasn’t in the court cells that day for some big crime.

“It was because I missed a previous court date. I was so chaotic, I couldn’t keep appointments.

“At that time,  I would have welcomed jail to get out the madness. Every time I got bail, I didn’t know where to turn until I accepted the support on offer.”

Det Sgt Tom Carey, who joined the team after 13 years with CID, says in a short time, he has gained a new understanding of addiction and an insight into the daily lives of those struggling with substance misuse.

He told STV News: “The police have two roles. Law enforcement is one of them but another role is protecting lives.

“Covid restrictions has brought us more challenges. A lot of our clients suffer from various issues including poor mental health so we need to keep offering some form of outreach to people in need.“

Those not eligible for help from this team are referred to other services. During lockdown, accessing support remains a challenge.

Outreach work is still being delivered but it is very limited. Linking up and sharing information with other agencies is crucial and the coming months will see this work put to a greater test.

Lorraine added: “Right now, we are doing what we can. With such complex issues, we know this isn’t a quick fix. It will take time but the commitment is there.”