Crowds marched through the city centre to show support for protests in Iran. 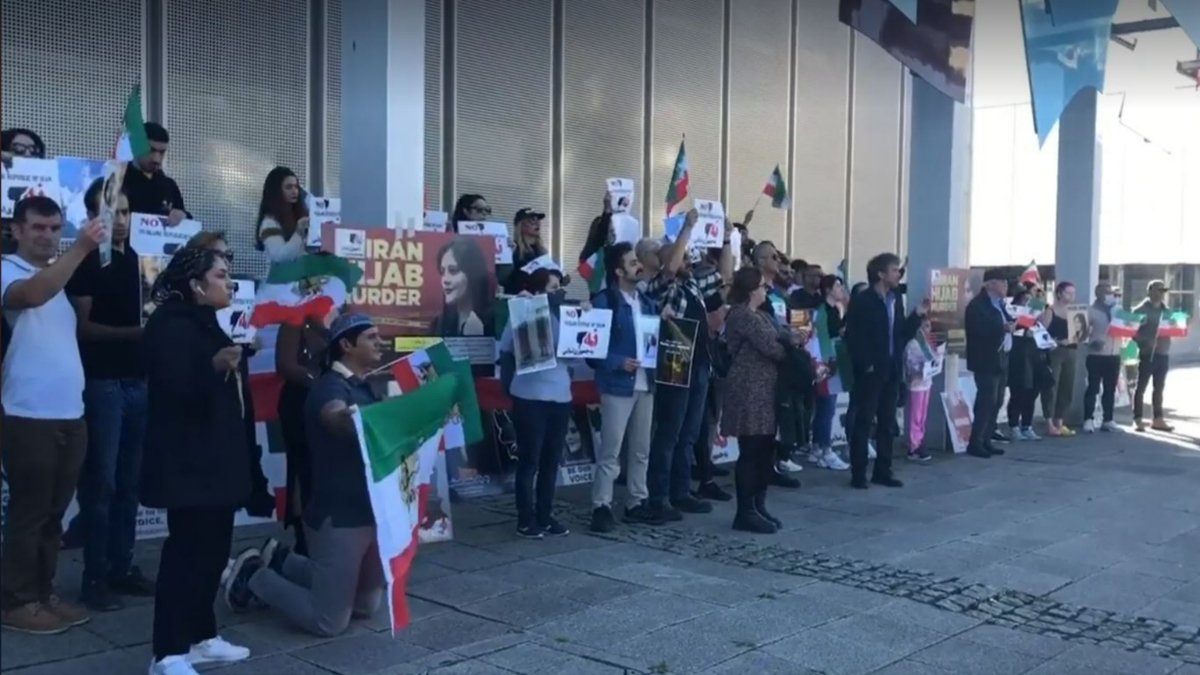 Crowds have gathered in Glasgow to show support for anti-government protests in Iran following the death of a 22-year-old woman who was arrested for “wearing unsuitable attire”.

Large groups congregated in the city centre on Saturday waving banners and flags in support of Mahsa Amini who died while being held by the country’s morality police for allegedly violating its strictly enforced dress code.

It is mandatory for all women to wear a hijab in Iran and she was arrested in Tehran after being accused of not covering her hair properly with the head scarf.

Police in Tehran say she was arrested for “justification and education”.

However Ms Amini, who was Kurdish, collapsed at a police station in the capital Tehran, fell into a coma and died in hospital on Friday 16 September.

Officers enforcing the dress code say she died of a heart attack and was not mistreated, but her family has cast doubt on that account by saying she was young and healthy.

Her father says she suffered bruising while in custody and has blamed the authorities and police for her death.

In the days following the death angry protests kicked off throughout the country with as many as 35 people said to have died in the chaos.

Women throughout Iran have played a prominent role, during the protests taking place in several cities by challenging the country’s Islamic dress code, and waving and burning their veils.

Among the protestors gathered in Glasgow there were Iran flags and signs saying ‘Hijab Murder’ and ‘No to Islamic Republic of Iran”.

They initially congregated by the Clyde before hundreds marched through Buchanan Street.

They marched to George Square where speakers were heard.