Next stop Udderston: Calf 'waits for train' after escaping from field

The strange cow-muter was captured on CCTV around 10pm on Monday night. 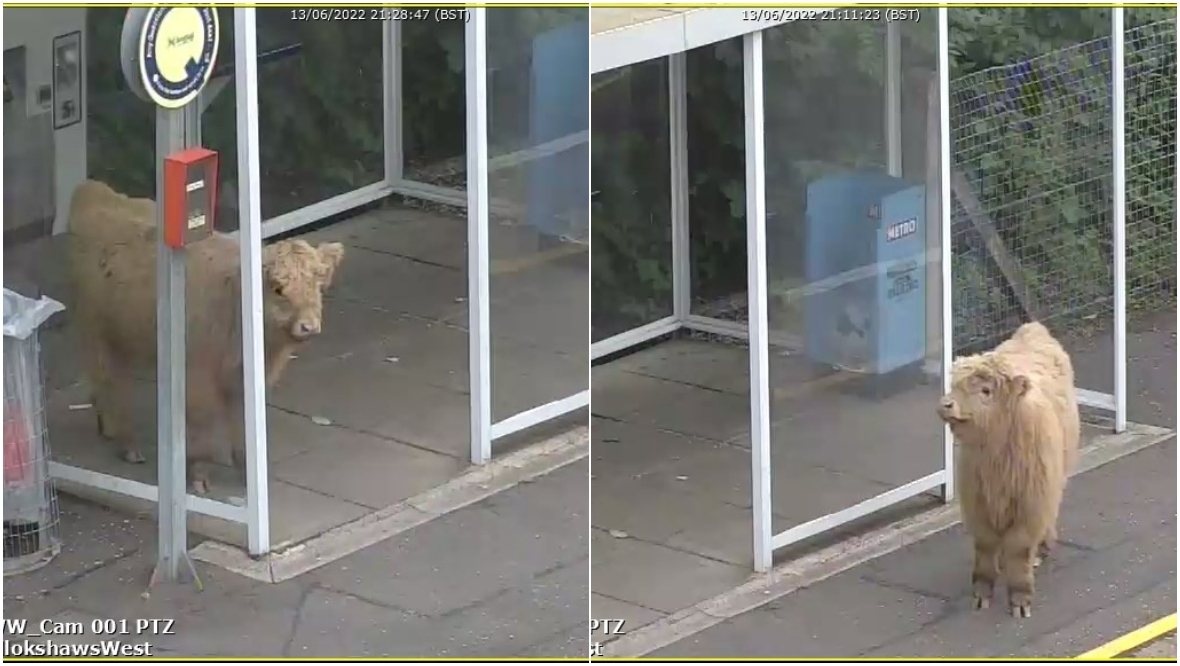 A calf has been spotted “waiting on the next train” in Glasgow.

The animal was captured by ScotRail’s CCTV standing in the outdoor shelter of Pollokshaws West station on Monday evening.

The images of the odd sight were uploaded to ScotRail’s Twitter account as the animal waited for “the next train to Cowdenbeef”.

Clare, a CCTV operator for Scotrail, said the cow-muter “came in, ate some plants, had a wee wander, licked his reflection in the shelter and made his way back to the field”.

Network Rail later confirmed that staff had attended the area and secured the fence to ensure the cow was safe.

Earlier this month, train services were suspended after a wayward bull wandered onto the tracks between Bishopton and Paisley St James.

Services between Gourock, Wemyss Bay, and Glasgow Central were suspended from around 8.45pm as Network Rail and British Transport Police officers attempted to remove the rogue animal.

Police Scotland officers were also in attendance, but ScotRail later confirmed via Twitter that their presence was due to two members of the public who had also gone onto the train line and “not to arrest the bull”.

This was not the first time this had happened either – a bull found itself on the tracks in January, 2020.