Angelina Franchitti and Gordon Murray have rearranged their big day three times since the pandemic hit. 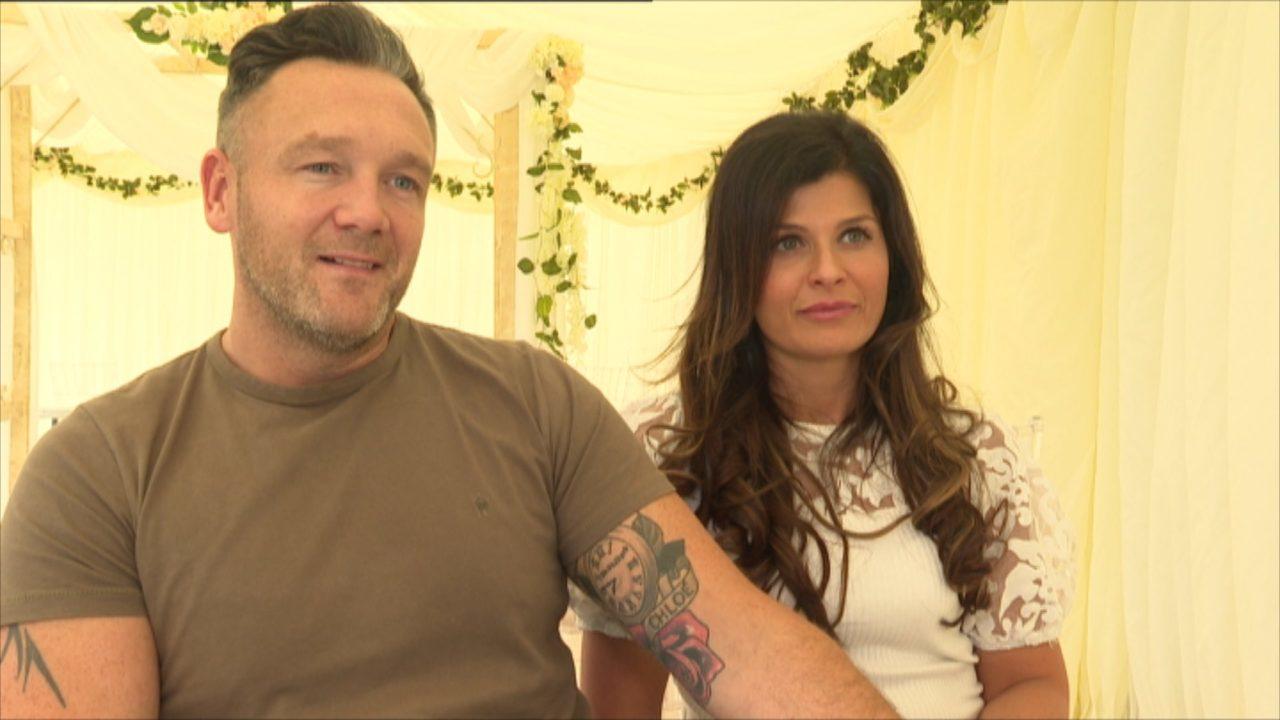 For Angelina Franchitti, marrying her partner Gordon Murray on her 40th birthday was something she had been looking forward to for months.

The couple had everything arranged for their big day in April, right down to the date printed on bags that guests would fill with treats from a sweetie cart.

When coronavirus hit, they rearranged their wedding for 200 guests to November but it soon became clear that a large wedding wouldn’t be possible for the pair during the pandemic.

“At the beginning of August we decided let’s either put it off completely until next year or bring it forward and have something small in the garden,” Angelina said.

“We just wanted to get married this year,” Gordon added.

“We’ve been planning it for the last year and we were all geared up for the big wedding and at the end of the day when it comes down to it, it doesn’t matter how many people are there, it’s all about getting married and having the day together.”

Due to the regulations, the couple decided to rearrange their wedding and reception to be held in their garden for just 20 guests on Friday,

“Bringing down the numbers feels a bit unfair, there are so many people who really want to be here and you want them to be here but you’re limited,” Gordon said.

“But it is what it is, you’re limited in what you can do and ultimately we just want to get married.”

‘I think the fact that we’ve been left in limbo has been nothing more than torturous to be honest, it’s been cruel.’

But just two weeks before the big day, the regulations changed again and the couple discovered they needed to hold their reception in a regulated venue, rather than a marquee they planned to build in their garden.

“We frantically rang round to find a venue because we didn’t have anything booked at all with literally two weeks to go,” Angelina said.

“I’ve never been so stressed wondering if it was even going to go ahead.”

Angelina believes that couples have been left behind as they seek to rearrange their weddings, adding that she had to go searching for the latest restrictions following the First Minister’s update on Tuesday.

“I think the fact that we’ve been left in limbo has been nothing more than torturous to be honest, it’s been cruel,” she says.

“I think a few words, a few sentences could have given a lot of clarity. Weddings weren’t even mentioned, I had to go and find out if anything had changed.

‘At the end of the day what’s important is getting married, you can have a big party once everything is back to normal.’

“We have sat on the edge of our seat waiting to find out if our special day could go ahead.”

With their dream day set to go ahead on Friday despite the issues they’ve faced, Gordon says the most important thing is that they are finally tying the knot.

“At the end of the day what’s important is getting married, you can have a big party once everything is back to normal,” Gordon said.

“If you can go forward and have a small event then I would recommend it because that strips it right back to what’s important about a wedding.”

Angelina added that it was important for her that she wed Gordon in 2020, no matter how big or small their wedding would be.

“The main thing that decided it for me in the end was last year putting up the Christmas tree and decorating it and thinking next year when we do this we will be married,” she said.

“Thinking of putting it off, I didn’t want to do that.”