‘Covid has terrorised my family, please take it seriously’ 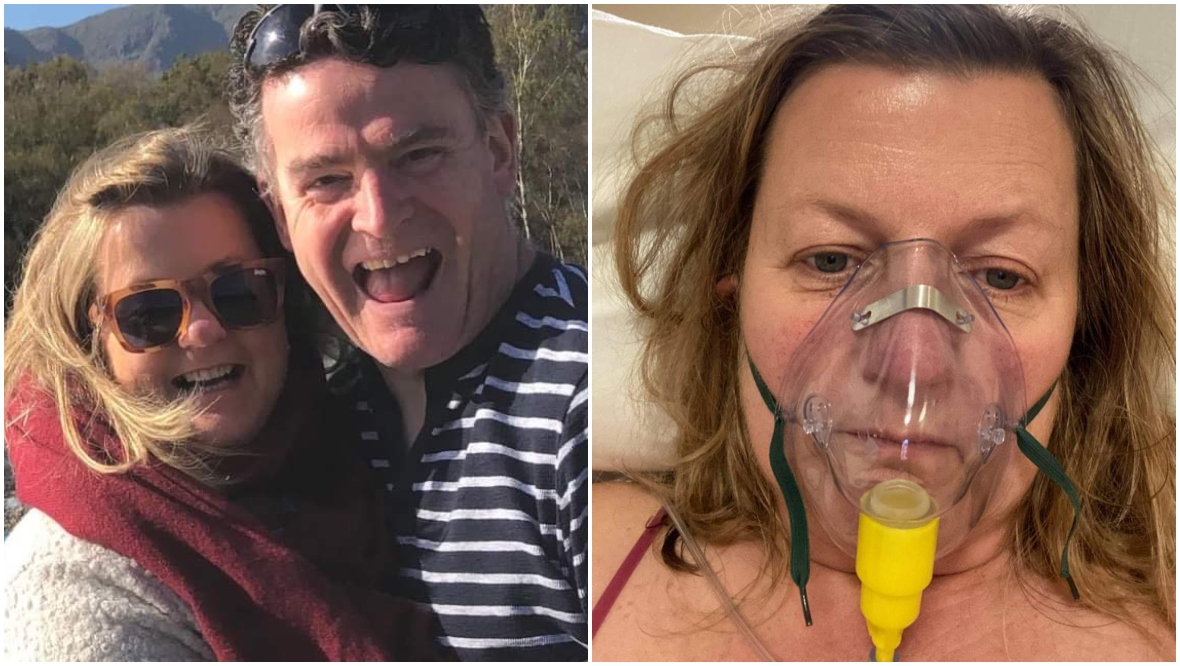 “Covid terrifies me and still haunts me and my family. I think this will stay with me for a long, long time.”

Nikki O’Hara, from Strathaven, describes herself as an ordinary working mum, a fit and healthy 53-year-old with no underlying health issues.

“My partner, Roger, tested positive and had mild symptoms, so I wasn’t surprised when I got it,” she said.

“I felt a bit rough for the first few days with a cough, a bit of a headache and a slight temperature.

“A couple of friends had mentioned getting an oximeter, a wee gadget you attach to your finger to monitor your oxygen saturation levels.

“I was doing some Christmas shopping online so I popped one in my shopping basket. It probably saved my life.”

Nikki contacted NHS 24 after her temperature spiked and the oximeter showed her oxygen levels were poor. She was then told to get to hospital as soon as possible.

“The night I went into hospital, Roger went down to England to support his parents as his dad, who had dementia, also had tested positive for Covid,” Nikki explained.

“We didn’t think Covid would kill him but it did, my beautiful father in law died on Christmas Eve. I just felt terrible because I was in hospital and couldn’t support Roger.”

“I spent the next 12 days in hospital terrified and powerless. The other eight ladies who I shared the ward with at various times were all around 50 years old.

“I had no Christmas or New Year. I had no visitors but I didn’t care. The nurses did their best to reassure me but the terror didn’t leave me.”

While she was in hospital, Nikki’s daughter also tested positive for Covid. The 22-year-old had only mild symptoms.

Nikki slowly began to recover towards New Year and after 12 days in hospital, was allowed home on January 5.

Still recovering, she struggles to climb the stairs or do small tasks around the house.

“When I got home I was absolutely terrified as in the hospital, all the staff and nurses were always there to support me. I thought I might die during the night,” Nikki admitted.

“I am still scared but I know I am also very lucky. I am alive and I am getting better every day.”

Nikki described the NHS team who cared for her as her “superheroes”.  She said she has decided to share her story in the hope it would act as a wake-up call for people who are bending the rules or believe they will be unaffected by the virus.

“I believed I would be fine if I ever got it. Just a couple of paracetamol and I’d be fine but I wasn’t. This virus respects no one. Young or  old, we are all vulnerable.

“We need to take it seriously every minute of every day.”