TRNSMT: 'Chuffed' couple gets engaged with help from Callum Beattie

The Edinburgh singer was 'only too happy to oblige' as he helped Scott Thomson propose to his girlfriend of 14 years. 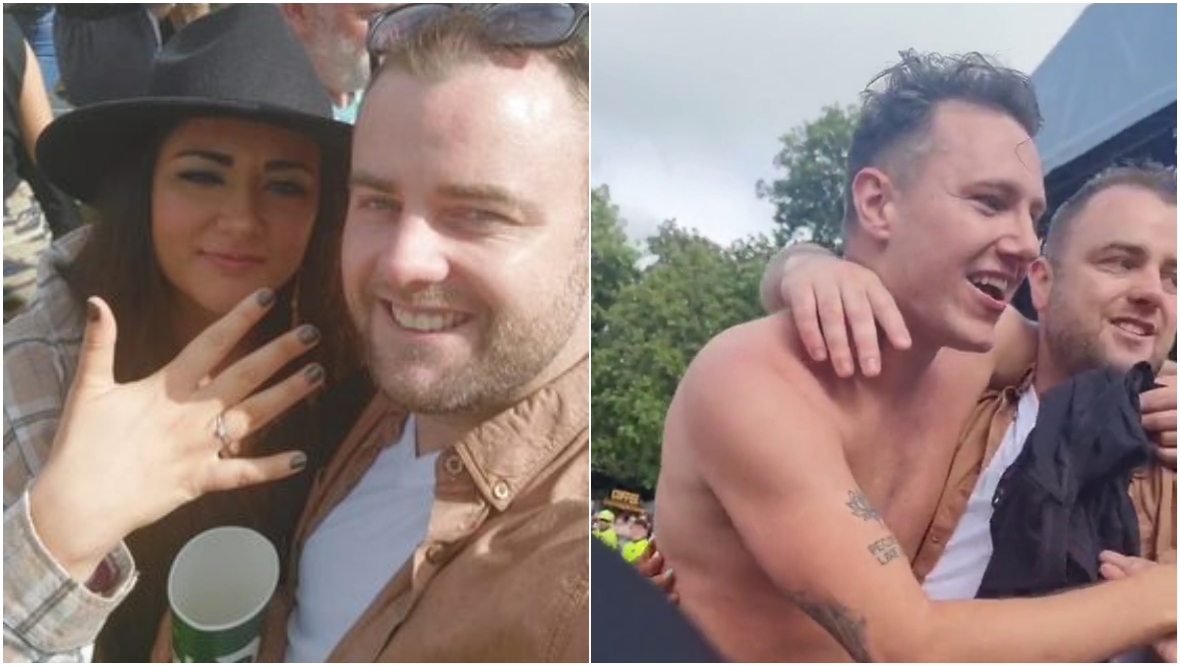 He once sang that “some heroes don’t wear capes” and songwriter Callum Beattie lived up to his billing by swooping in to help two fans seal a special festival engagement.

The Edinburgh musician returned to the stage following his set at TRNSMT for a surprise encore so Scott Thomson could pop the question to long-time girlfriend, Amanda Rowley.

The 36-year-old, from Coatbridge, contacted the singer on Twitter with plans to propose at the Glasgow Green event.

And the happy couple may now be looking for Beattie to perform on their big day after Amanda said yes, to the cheers of a delighted crowd.

A delighted Beattie also joined in with the celebrations, ripping off his shirt before embracing the couple.

“I’m friends with him on Twitter, so I just asked him – his manager kept in contact to sort it out on the day,” Scott told STV News.

“Initially he left the stage after shouting for me for a few minutes onstage, but so many people were saying they were me.

“We eventually got me up, and he came back out when he seen they found us. He gave her a cuddle and let us get on with it.

The couple have been together for 14 years, and Scott added that his new fiancée was “chuffed”.

David Rogers, part of Callum’s management team, said that initially, they were afraid the pair had not been able to make it.

Callum wished the newly-engaged couple all the best, saying: “Playing at TRNSMT had been on my bucket list.

“I’ve always wanted to do it, so helping Scott was the icing on the cake, and after all, who am I to stand in the way of true love.

“I wish them a long and prosperous happy life together.”