Those without symptoms are being urged to take a rapid test to help stem any potential spread of the deadly virus. 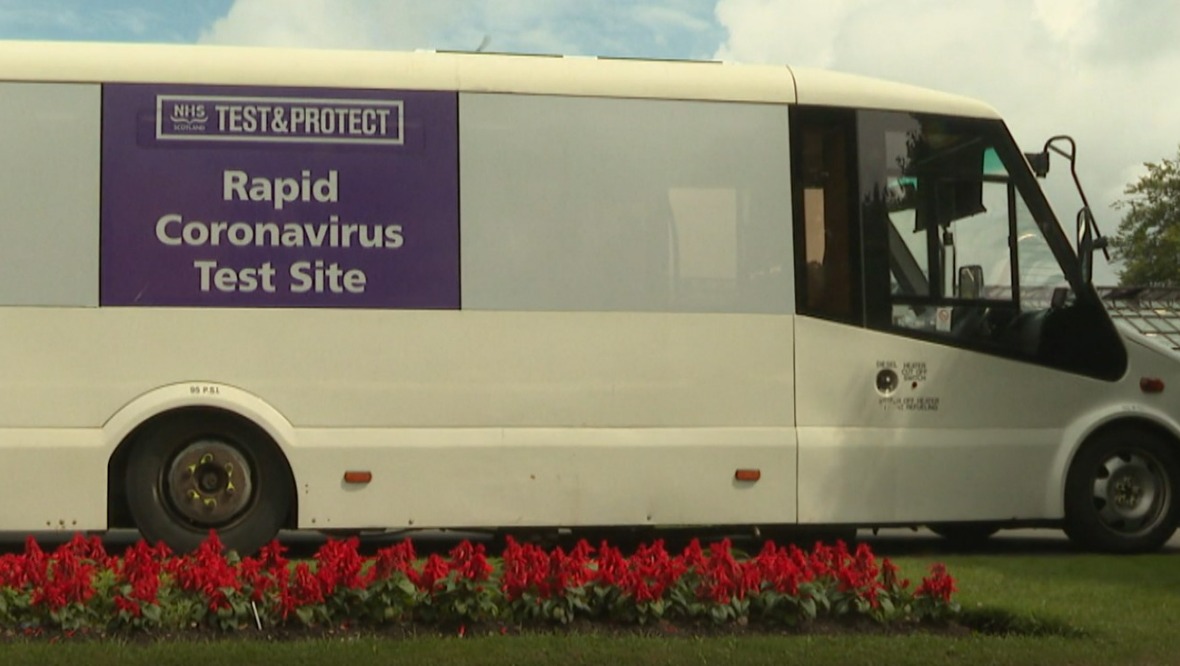 Those without symptoms are being urged to take a rapid test twice a week to help stem any potential spread of the deadly virus.

An NHS nurse on board the bus told STV News: “My message is to come out and get tested, twice a week preferably.

“Keep doing these tests and it means that we do know where this virus is going.

“We want everybody to be testing, be vaccinated, and hopefully things can eventually return to normal.”

The wheelchair-accessible buses – which have been fitted with a solar panel to power the equipment on board – were commissioned by the council’s Covid Response Team, which is working in partnership with NHS Greater Glasgow and Clyde and the Scottish Government.

Staffed by NHS nurses, it is hoped the buses will provide a flexible testing option to complement the existing testing sites across the city.

The first of the buses parked up outside Kibble Palace at the Botanic Gardens on Monday.

The bus will also be at the Botanics on Tuesday and next Wednesday, Thursday and Friday between 10am and 4pm.

As well as testing onsite, staff will also be issuing self-testing kits for people to use at home.

The second bus will be deployed soon.

Cllr McDonald said: “Twice-weekly Covid testing for people without symptoms is extremely important as it can help stem the spread of the virus by picking up positive cases which might otherwise go undetected.

“These two new buses converted by the council are a valuable addition to the city’s existing testing facilities. Cases remain high and we must stay vigilant.

“I’d encourage residents to make regular testing part of their weekly routine to help protect themselves, their families and our communities and also to get both doses of the vaccine when they’re offered to them.”