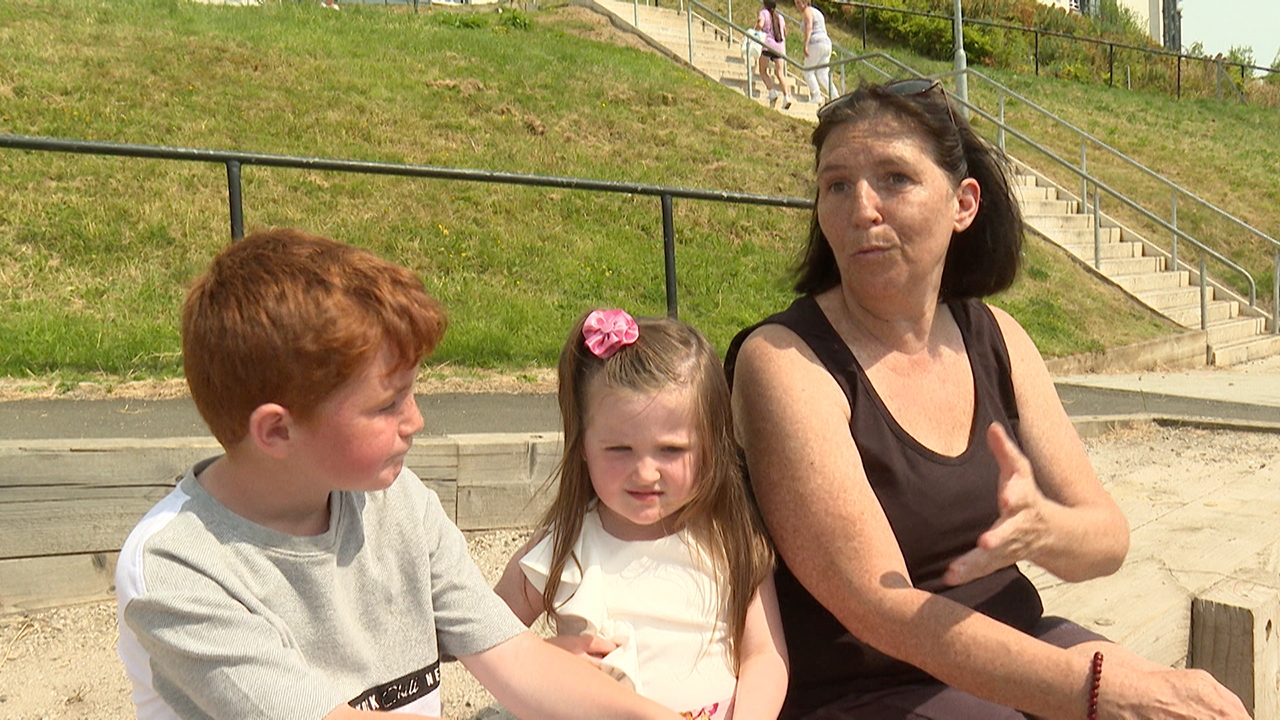 Lori O’Brian wants to do more with her grandchildren during the summer holidays – but says she can’t even afford to take them swimming.

“£50 a week doesn’t go very far,” she says, telling how the rising cost of living is hitting her hard.

Most of her budget goes on food, while she also has to care for her former partner, and receives little support.

“You don’t get much for looking after your grandkids cause it’s your family,” she says.

“If I was a foster parent, I would get a lot more, but when it’s your blood you don’t.”

As well as taking part in activities, the children who attend also receive a free, healthy lunch.

“Buying a salad for the kids is an expensive shop,” Lori says. “Getting sandwiches, a tin of beans and chips is a lot easier than having a healthy meal.”

A survey for STV News this week found that eight out of ten people in Scotland said they were affected by the cost of living crisis, and nearly half had cut back on daily essentials.

To get by, she’s been buying more saver brands and finds it particularly hard to manage her budget over the school holidays. Summer activities such as beach trips have been cut back.

“That’s always an expensive thing because by the time you’ve grabbed all your stuff like the food and the sun cream, it’s already expensive enough, but with the prices going up it’s even more expensive,” she says.

Pauline Fletcher, from Southside Housing Association, sees how much the programme helps, particularly over the long summer holidays.

“In Glasgow this year it’s over seven weeks, so it’s offering people the chance to have food and they don’t have to think about snacks and lunch,” she says.

“We do another session where they don’t need to think about breakfast or snacks for that day because it’s all provided for them.

“It does really help because when you add that up over the course of the weeks, that’s a lot of money, especially if you’ve got more than one child.”