Michelle Neill says organised activities during the school holidays are a lifeline amid rising cost of living. 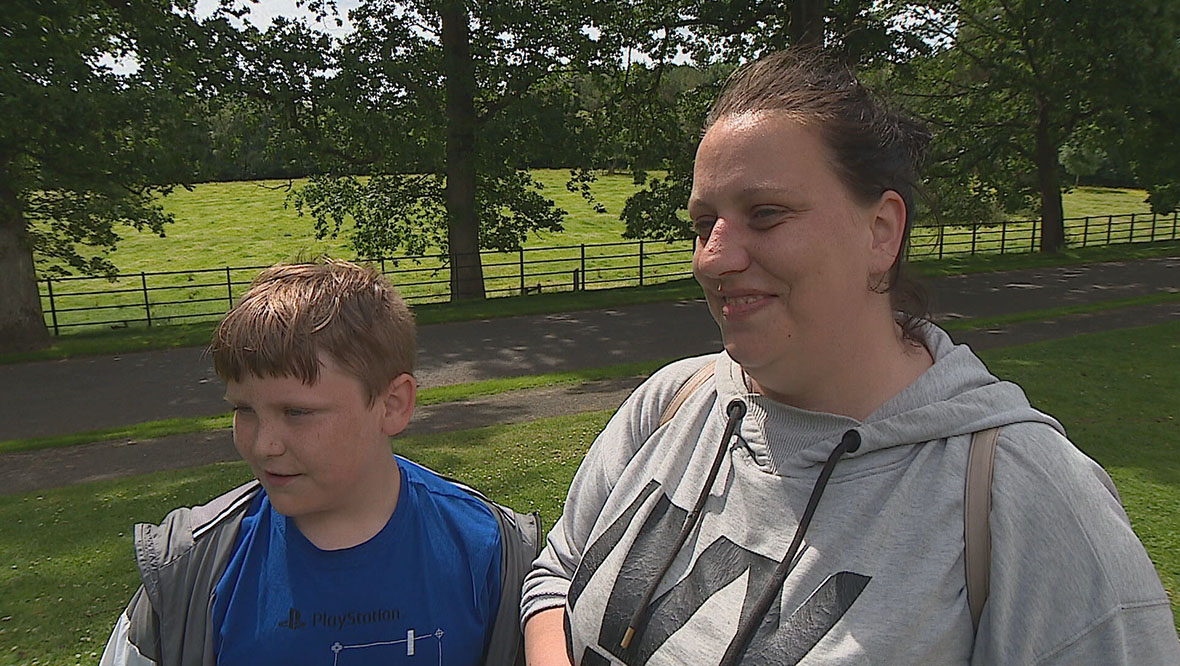 The summer holidays would be a worrying time for Michelle Neill if her children could not attend activities which provide a meal.

Her family attends a programme organised by the charity Peek.

They have been on a number of trips, including a day out at Pollok Park in Glasgow, where everyone receives lunch and snacks.

“They provide them with sandwiches, snacks, apples, oranges, so you know that it’s healthy stuff they’re getting,” the mother-of-four told STV News.

“At least you know they’ve been fed, you don’t have to worry ‘have my kids not been fed?’.”

The support her family receives also helps with the rising cost of living.

Ms Neill said: “Even bread is going up ten to 15 pence. When you’ve got kids and you’re making sandwiches for wee picnics, you’re going through two loaves at a time

“You’re maybe needing a fiver just to make simple sandwiches to take on a day out.”

An investigation by STV News found children entitled to free school meals during term time face a postcode lottery over how much support they receive during the summer.

The investigation found disparities in what children and young people aged five to 14 years old receive depending on where they live.

Primary school pupils in Midlothian get £2.13 per day, whereas those living in East Dunbartonshire are entitled to more than double that at £4.34 per day.

Kayleigh Holland has three children and finds the summer holidays “chaos”, but also enjoys the days out with Peek.

“It’s amazing because it gives the kids something to do, they’re not hanging about the streets, you can go to trips you wouldn’t be able to afford,” she said.

“They’re getting fed healthy lunches when they come up, you know what your kids are eating.”

Michaela Collins, the charity’s chief executive, has seen an increase in demand for the services they offer.

The Glasgow organisation supports children and young people impacted by poverty and inequality.

“We’re doing our very best but our resources don’t stretch that far so we’re trying to do a little bit of something to help every family out as well.”