The Clydeside Expressway will be closed for 23 days forcing traffic on to other already busy routes.

Glasgow is set to see “extreme” traffic disruption as a large area of the city centre is to be locked down during the United Nations climate summit.

COP26 is being hosted on the banks of the Clyde at the Scottish Exhibition Centre and routes around the area will be closed on the lead-up to the conference as well as during, between October 31 and November 12, and afterwards.

As well as pressure from road users, up to 100,000 people are expected to take part in an activist march on November 6, with other “unofficial fringe activity” possible throughout the twelve days.

Pedestrian and cycle routes around the SEC will also be affected with campaigners saying the closures go against the ethos of the conference.

All ScotRail train services will be brought to a halt during the event due to staff striking over a pay dispute.

Buses will be busier than normal and they will also be at risk of disruption.

The city’s motorway network, already the busiest in the country, is expected to be “significantly busier than usual” with the M8, M77 and M74 all at risk of major congestion.

The Clydeside Expressway, which normally sees around 100,000 vehicles each day, will be closed between Partick and Anderston for 23 days, between October 23 and November 15.

The council’s official alternate routes involve drivers using some of the busiest roads in the city with them being told to go through the Clyde Tunnel, travel parallel to the Expressway on Dumbarton Road and Argyle Street, or use Great Western Road, through Charing Cross.

The scale of the event in Glasgow is unprecedented in the UK.

Around 10,000 police officers per day will be deployed, mostly from Police Scotland with support from other forces across the UK, as high-profile guests such as the Queen, the Pope and US President Joe Biden are expected to visit.

An outer security fence around the SEC will provide a suitable “stand off” in “the event of a terrorist attack”, a council report said.

As part of its advice for those affected by the disruption, the council said roads that remain open “will be extremely busy”.

The Clydeside Expressway is the busiest road in Glasgow, with only the urban M8 motorway carrying more traffic through the city.

Stobcross Road, which runs between the Expressway and the SEC, has already been closed due to works, and will not be open again until November 21.

Pressure from those unable to use their usual routes is expected to be diverted on to the A739, which runs north to south under the river as the Clyde Tunnel, as well as Paisley Road West, Great Western Road and Dumbarton Road.

The disruption from COP26 comes on top of traffic chaos already being caused by the ongoing repairs to the M8 Woodside Viaduct north of the city centre.

Congestion on the motorway through Glasgow will be even more severe during the climate summit and Charing Cross could be particularly bad.

A Glasgow City Council said: “COP26 will be unlike other major events Glasgow has hosted, bringing its own unique challenges for our travel network.

“Due to the scale and complexity of the event, which involves the likes of world leaders and climate activists, we will experience changes to the movement of traffic around the city.

“Businesses and residents directly affected by planned disruption will receive specific, direct communications forewarning them of the likely impact during specified periods and business engagement sessions will be publicised and held closer to the event.”

Nicola Sturgeon to work from home after testing positive for Covid

Dundee footballer fined after crashing into traffic lights while speeding 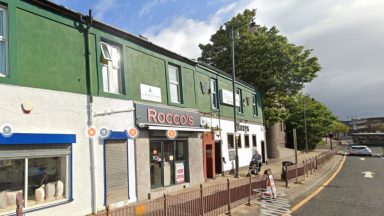